It only seems appropriate that on the day that Lexington recorded the first frost of the season, NOAA released the winter outlook. Milder-than-normal temperatures could be in store for much of the United States this winter according to NOAA’s Climate Prediction Center. The outlook states than El Niño has a 70 to 75 percent chance of developing. Although a weak El Niño is expected, conditions could still influence temperature and precipitation trends this winter. 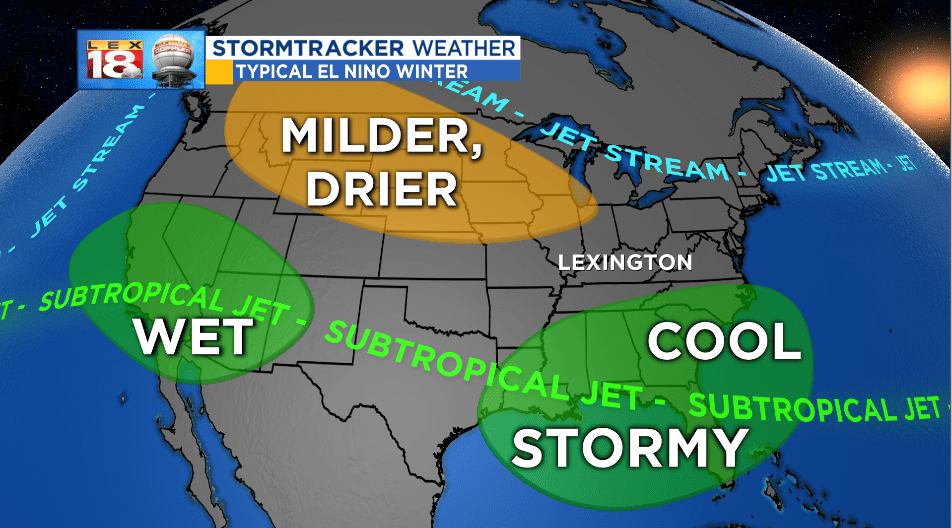 El Niño is an ocean-atmospheric interaction that is linked to periodic warming in sea surface temperatures in the central and eastern Pacific near the Equator. A “typical El Niño winter” in the U.S. can include wetter-than-average precipitation in the South and drier and milder conditions in parts of the North. This set-up was low impact on most of the Ohio Valley, including Kentucky. 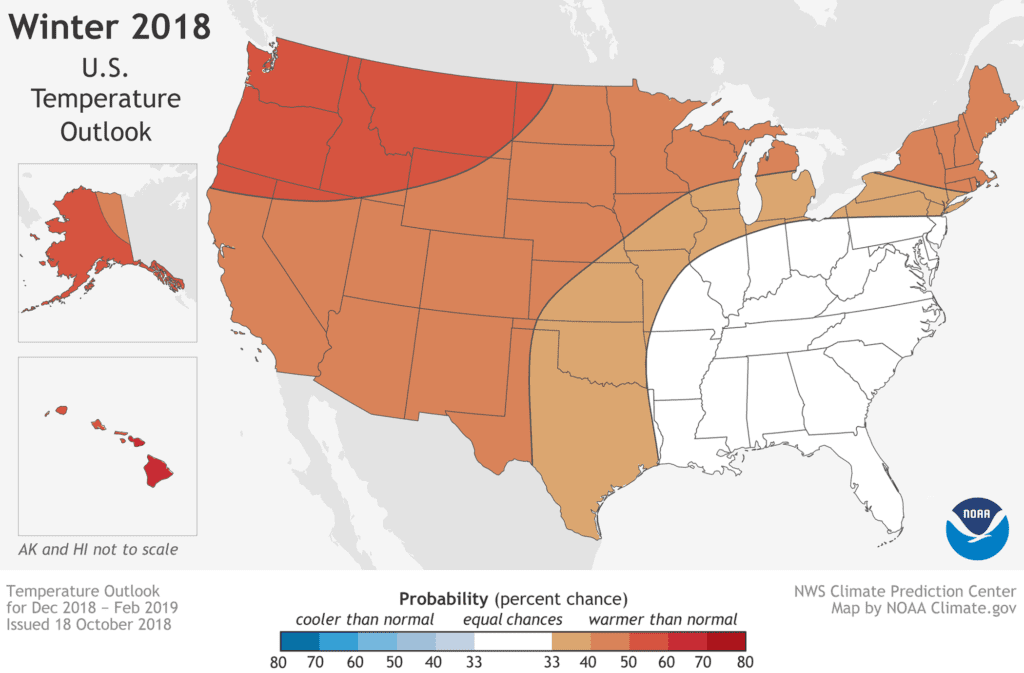 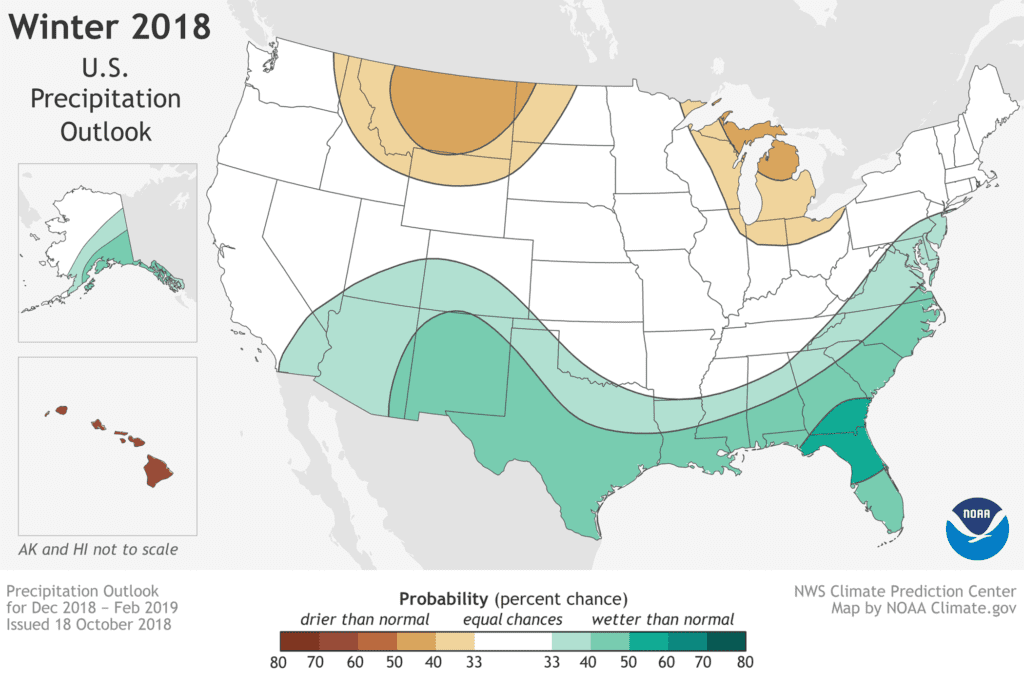 Seasonal outlooks are broad generalizations and aren’t forecasts. Outlooks won’t give specifics on the frequency or intensity of events. The winter outlook doesn’t project seasonal snowfall accumulations. It’s hard to forecast snowfall amounts more than a days in advance. NOAA’s seasonal outlooks should be dismissed. It gives us a baseline of what to expect and look out for.

There are many other factors that can make winter forecasts a challenge. Over the coming months storm track, depth of available cold air, and moisture will play key roles in our week-to-week forecasts. Other climate patterns that can also affect winter weather. The Arctic Oscillation influences the number of arctic outlooks that plunge southward. The negative phase of the Arctic Oscillation could result in below-average temperatures in the eastern U.S. The Madden-Julian Oscillation can contribute to heavy precipitation events along the West Coast.

Moral of the story, we’ll have to wait and see what this winter brings to the Bluegrass. You can count of the StormTracker Weather Team to track whatever winter sends our way – whether its snow or ice, bitter cold or milder temperatures. You can get the latest 8 Day Forecast on the Weather page or on the free LEX 18 StormTracker Weather app.