On Pace for the Wettest Year on Record

It’s no secret, 2018 has been really wet. It’s been an active year with regard to precipitation. Notable events include significant river flooding in February and March, and rain from the remnants of Alberto, Gordon, and Florence. This year’s total rainfall has been enough to put us on pace for wettest year on record. 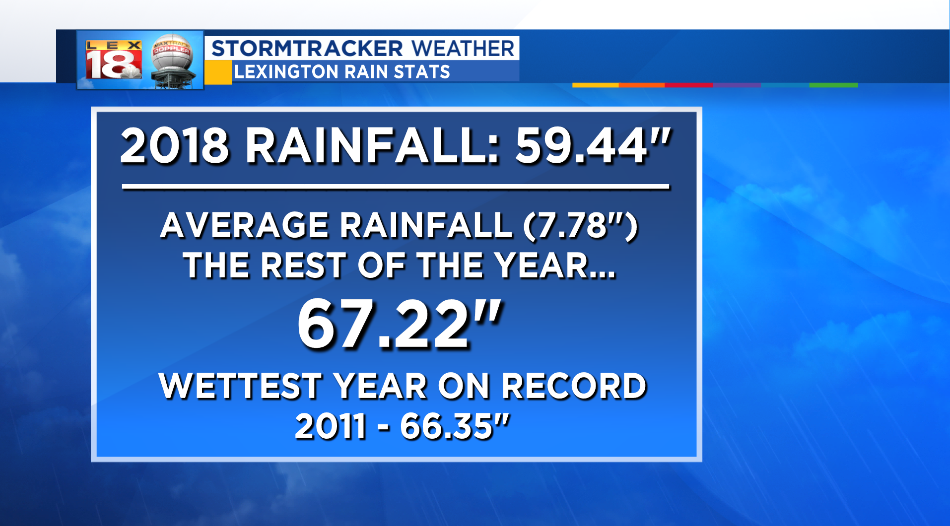 Several months this year have already received accolades, including new monthly rainfall records for February and September. This May was the 10th wettest on record. We surpassed the average annual precipitation (45.17″) on September 8th.

The annual rainfall total sits at 59.44″ at the time of posting on October 28th. That’s good for the ninth wettest on record in Lexington. If average rainfall is recorded between and the end of the year, the projected total precipitation would be 67.22″. This would beat the previous record by almost an inch. 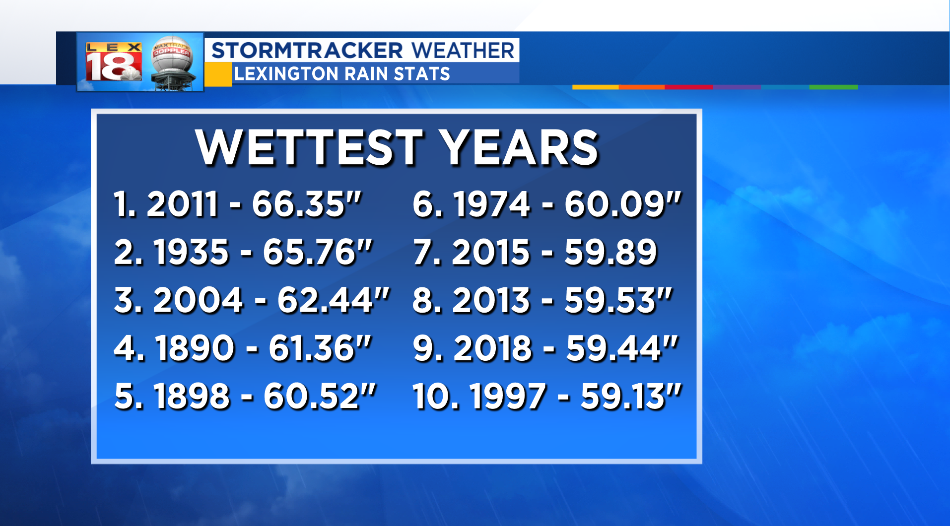 Notably, four of the top 10 wettest years have occurred in the last decade. Half this century. A top 5 wettest year is easily within grasp. Another inch of rain would get us there. And to think there are still two months of the year to go… 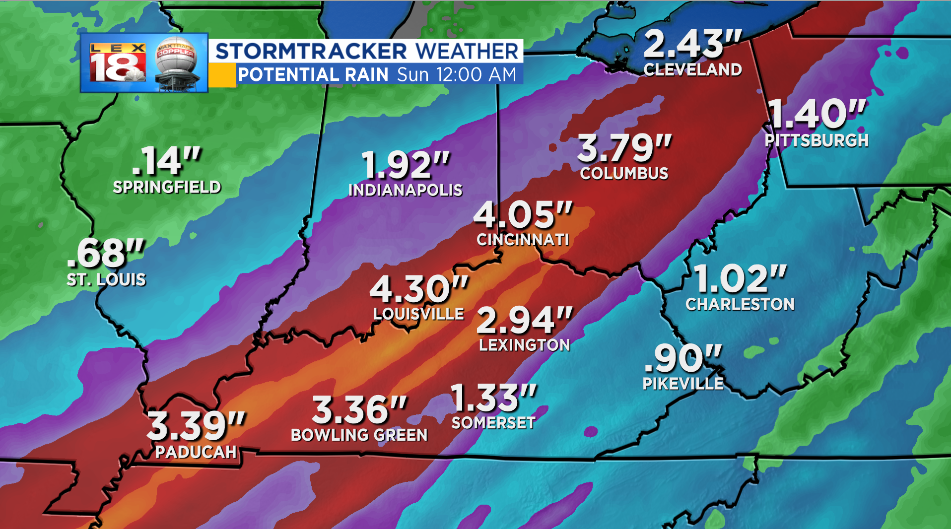 We’ll won’t stay in ninth place for long. We are tracking widespread rain and storms to arrive on Halloween with a strong cold front.  Some rain could be heavy Wednesday night and Thursday. Models are indicating two to four inches of rain will be possible through late Saturday with most of the rain falling Wednesday and Thursday. 2018 will be climbing the precipitation chart this week.