We are at the midpoint of this late-week rainy stretch. Halloween brought heavy rain to the northern parts of the Bluegrass and a line of severe storms to our west. Meanwhile, southeastern counties were saying “Halloween was just fine. Maybe could have done without the clouds.”

Yesterday was Lexington’s second wettest Halloween on record with 1.66″ at the airport. (The record was set in 1942 with one and three-quarters of an inch of rain.) Higher totals were recorded along a line from far western Kentucky through Paducah, then nearly-parallel to the Ohio River, and ending north of I-64 in the Bluegrass. The axis followed a cold front that parked itself over the area. Spots along and north of the front picked up buckets-full of rain, while to the southeast – bone dry. This same boundary is still hanging around today keeping widespread showers and gusty winds in play. It was wobbled a little bit, which is sending showers into eastern Kentucky. 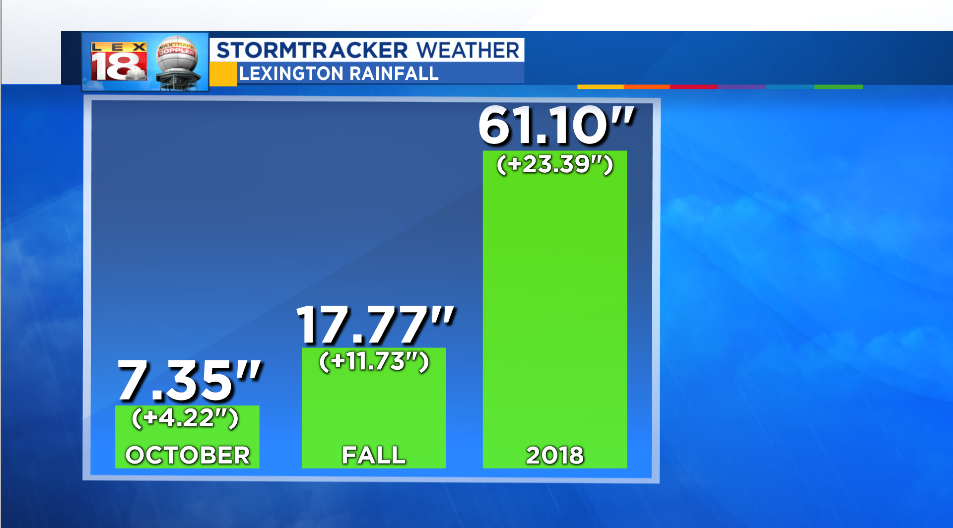 October 2018 is now the third wettest on record in Lexington. It was another month with a precipitation surplus. October is typically our second driest month. The numbers also keep adding up for meteorological fall. The seasonal rainfall (September and October) is nearly eighteen inches. This is also Lexington’s third wettest fall with a full month to go. The wettest September-October-November occurred in 2006 when eighteen and a half inches of rain fell. 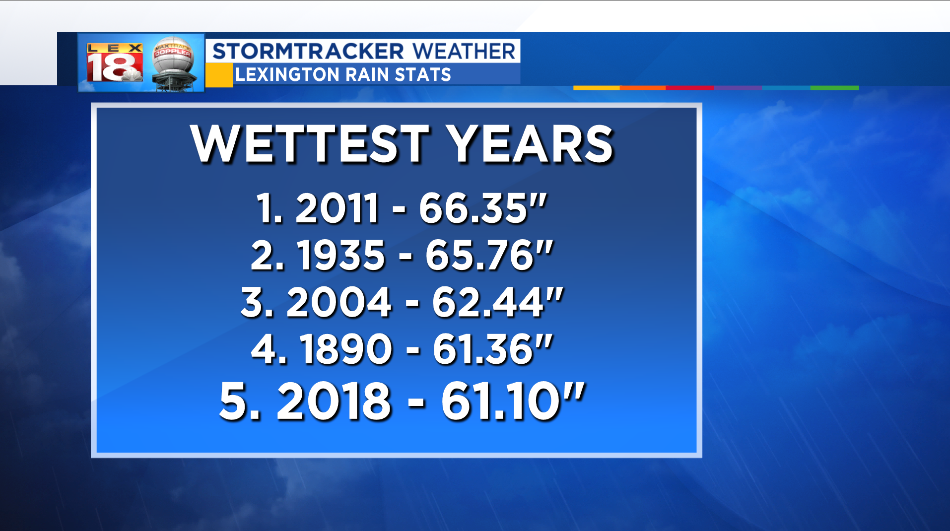 And finally, the other precipitation total we’re keeping score – the annual amount. 2018 is now the fifth wettest year in Lexington’s recorded weather history. Only five and quarter inches stand between us and the top spot. These totals do not include the rain we picked up today, which unofficially would put us in the fourth spot.

We have a real spot the wettest year on record. Additional showers tonight and tomorrow won’t cut it. But we are tracking another round of heavy rain and gusty winds on Election Day. This next batch of unsettled weather will allow us to keep climbing the charts.