The unmanned, solar-orbiting spacecraft will make it’s first planned encounter with the Sun. Already the week the Parker Solar Probe set two new records. The first on October 29th for the closest approach to the Sun, and a second for the fastest speed relative to the Sun.

The Parker Solar Probe was launched on August 12th from Cape Canaveral. There are 24 planned encounters with the Sun between now and 2025. The mission of this spacecraft is to study the solar electric and magnetic fields, and better understand the solar wind and the Sun’s corona, or outer atmosphere. 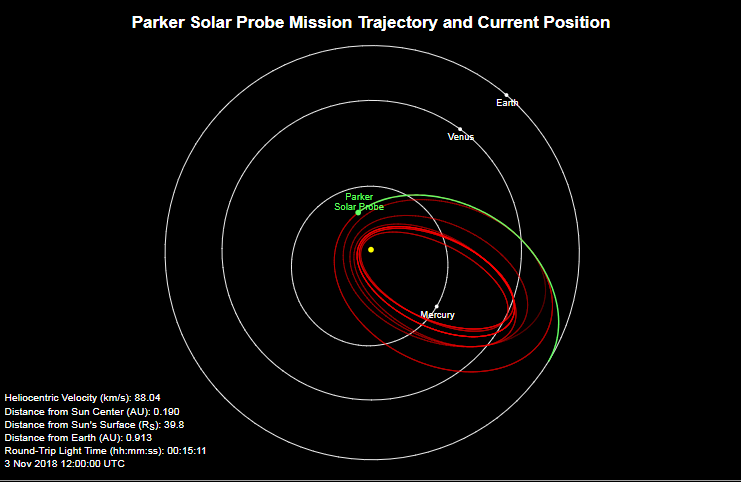 The Parker Solar Probe will make it’s closest approach to the Sun to date on November 5th at 10:28 PM EDT. The spacecraft will pass within 15 million miles from the surface of the Sun, traveling at 213, 200 mph. The environmental temperature will be roughly 3.6 million degrees Fahrenheit. The PSP’s heat shield is designed to withstand the extreme heat.

During this close pass the Parker Solar Probe will be unable to communicate with Earth. The Sun produces intense radio waves that will drown out the signal. On-board systems are designed to keep the spacecraft and its instruments safe during this radio silence.

The mission of this first encounter is to study the structure of the Sun’s outer atmosphere, or the corona. We may get our first images from within the corona. This is a region of the Sun that has previously only been visible during a solar eclipse. While images will be take over the coming days, it make take a few weeks to get the data back on Earth.