Here is our latest thinking on the potential for strong and severe thunderstorms tonight. Over the last hour a shield of stratiform rain has moved into central Kentucky. Rain stabilizes the atmosphere. At this time of night and this close to the arrival of the squall line, there is very little time for the atmosphere to get re-energized. Ultimately this rain could limit some of the severe potential across the Bluegrass. 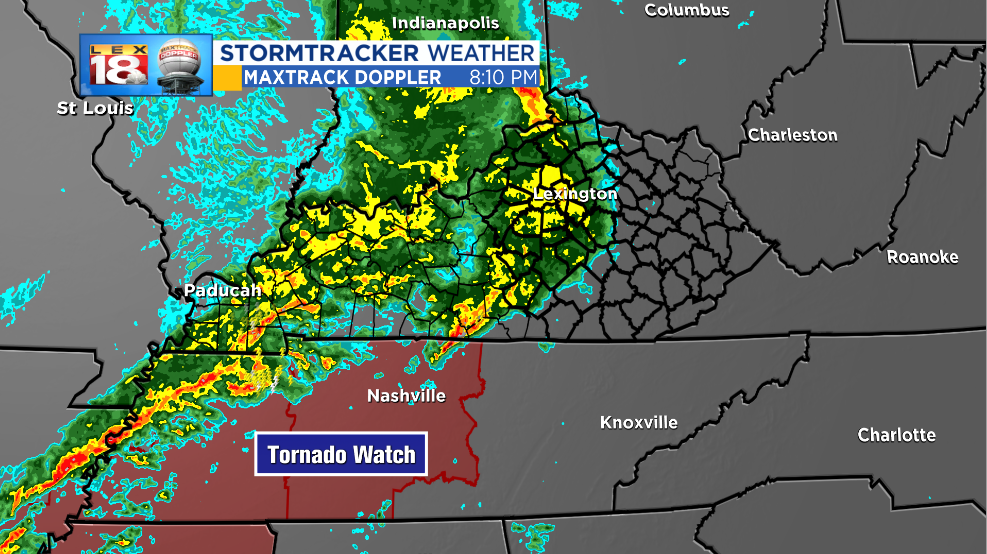 This doesn’t mean that the severe threat is completely gone. If you read yesterday’s blog post, you’ll remember this is one of the possible outcomes I outlined. (However, I mentioned that it was less likely to occur. The trend for this event has been weaker overall today.)

The greatest potential for severe thunderstorms remains across south-central Kentucky and through the Tennessee Valley. We are keeping the LEX 18 StormTracker Severe Threat Index at a Level 1 tonight. We are still carefully tracking a squall line that we race eastward late tonight. 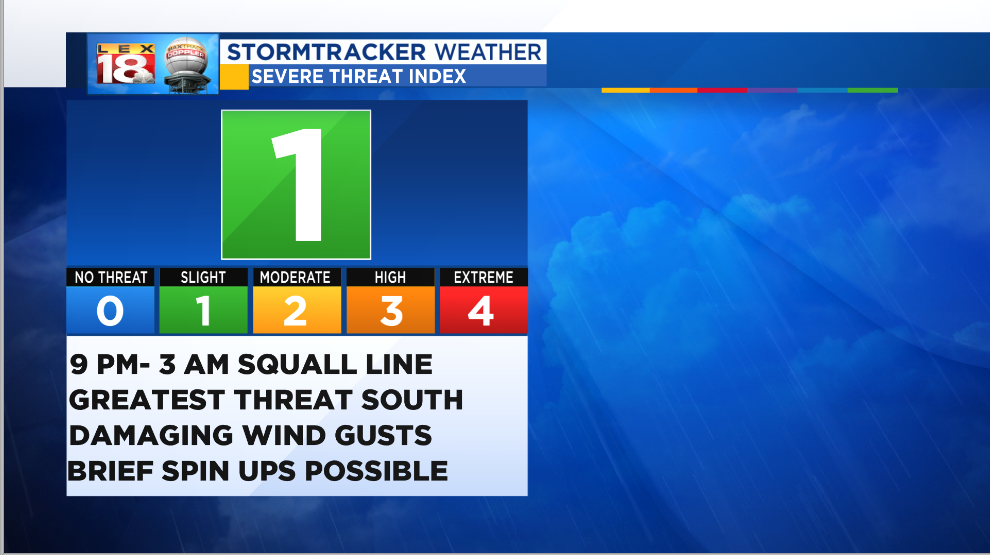 With any squall line, damaging wind gusts are the primary severe weather threat. Wind gusts could reach 60 mph with some of the strongest storms tonight. Brief spin-ups also can’t be ruled out. 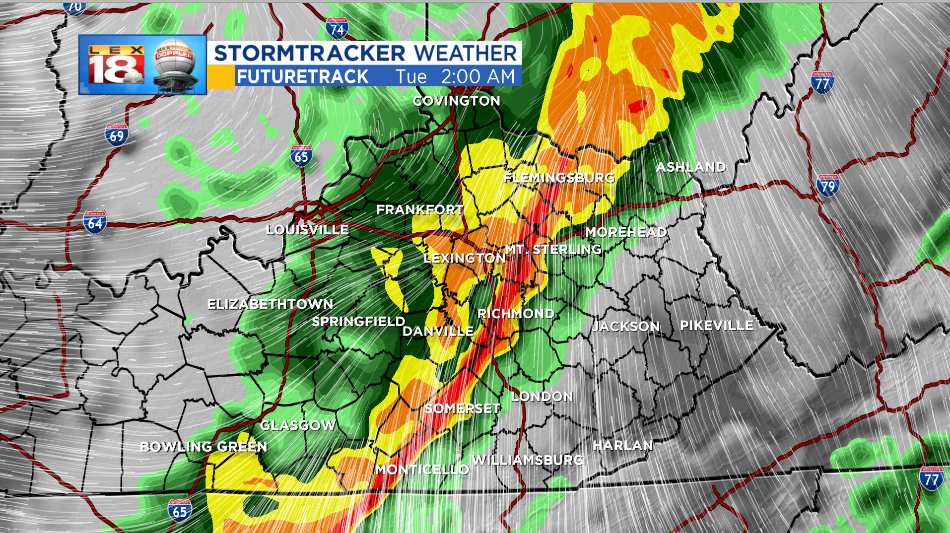 This pre-event rain also looks to delay the arrival of the severe potential. The window will still be open between now and 3 AM for strong to severe thunderstorms across the central and eastern part of the Commonwealth. Lexington looks to be under the gun around 1 AM. It will be closer to 3 AM for eastern Kentucky. 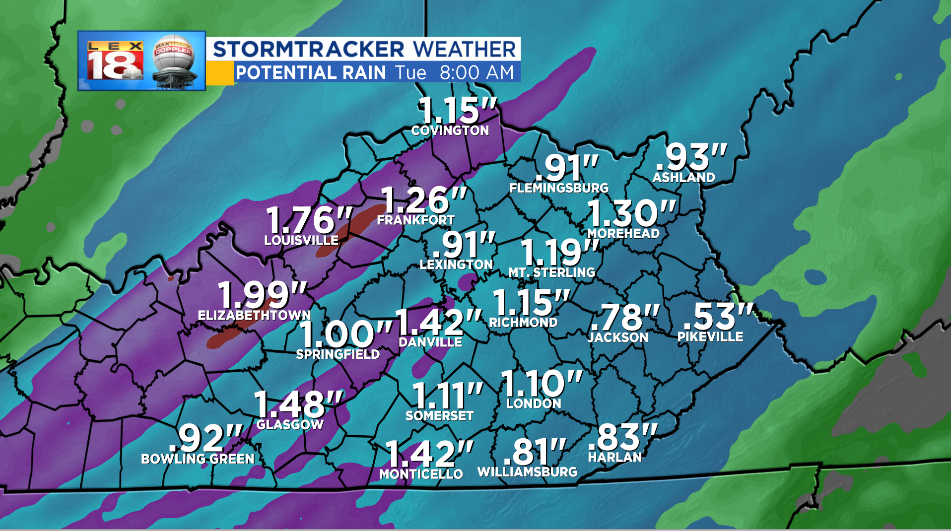 Straight-line winds aren’t the only threat tonight. These storms will also be capable of producing heavy rain, which could lead to localized flooding. 6-hour rainfall amounts of one to two inches are likely.