The coldest air of the season will arrive this weekend. We are tracking temperatures to tumble into the mid to upper 20s overnight. This will be the coldest night since April 11th when Lexington bottomed out at 29°. Tonight’s sub-freezing lows will likely be enough for the first hard freeze of the season. (A hard freeze is recorded when temperatures drop below 28°.) 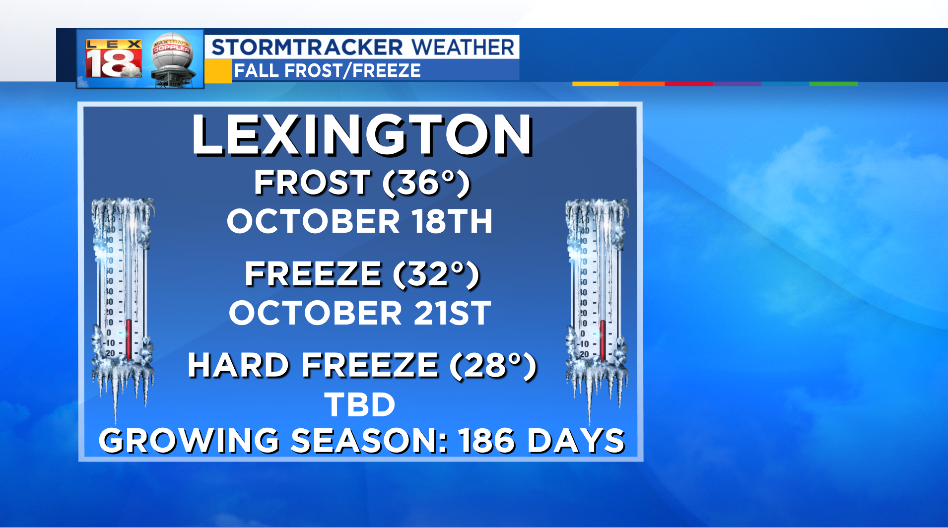 After starting off with the coldest temperatures since last spring, Saturday will be no treat temperature-wise. We are tracking an Arctic high to move in, which will bring back the sunshine but only hold highs to the mid to upper 30s. That’s 20-degrees below normal. If you have plans to head to downtown Lexington for the Veterans Day Parade, dress for a mid-winter day. 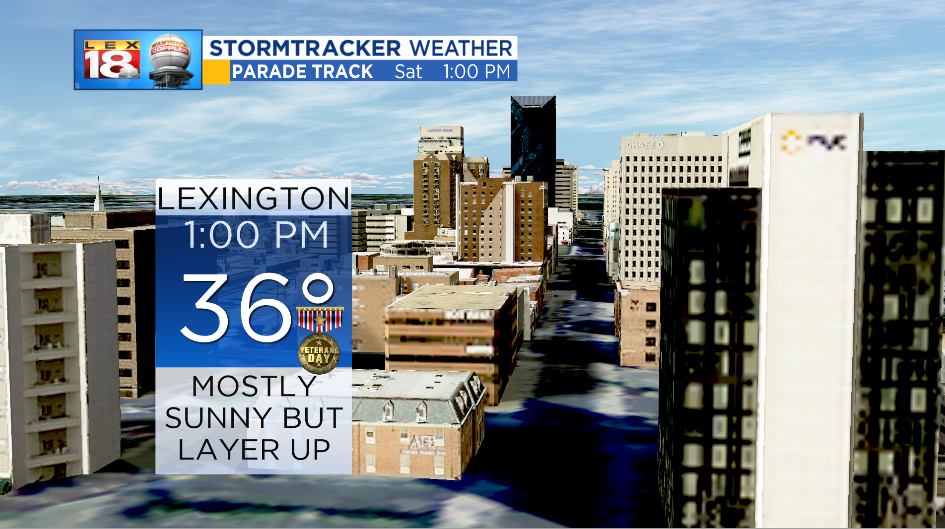 The Arctic air will linger for another night. Sunday morning will be even colder with lows closer to 20°. We are tracking temperatures on both sides of the day to remain below-normal. Lows will hover in the 20s and 30s through the end of next week. Meanwhile, highs will get a slight boost Sunday and Monday. We are tracking highs in the upper 50s. Then temperatures will crash again following an early week cold front, which will also bring the possibility of a little snow. Stay tuned for more on that. 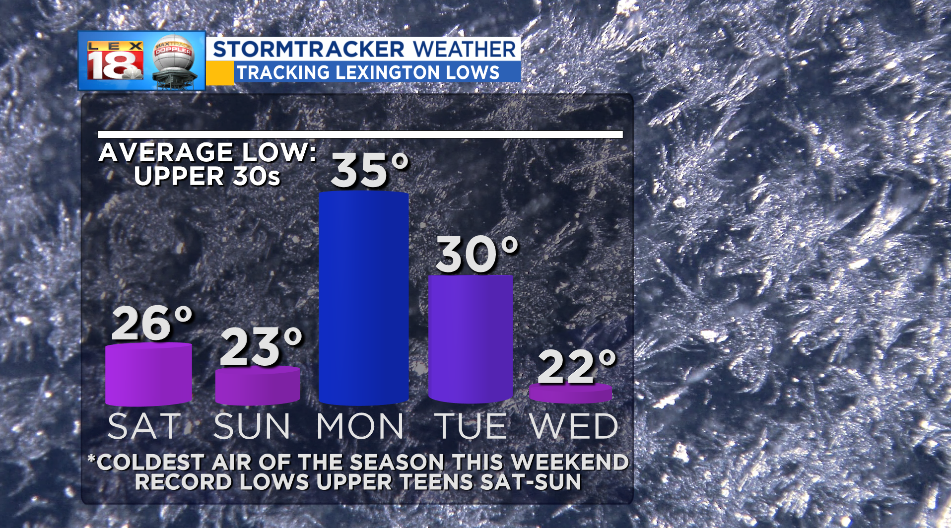