November, Where the Air is “Rarefied”

Okay, I know “rarefied” more pertains to the thickness (or really the “thinness”) of air rather than the temperature. However, since we’re dealing with a very “rare” mid-November air mass, I’m changing the definition a bit.

If you walk outside at any point today, you’ll be feeling temperatures that are not native to November. In fact, what you’re feeling outside, is more often felt during the coldest part of the year here in Kentucky. That’s right, a rare January cool down is here for the weekend.

How rare is the air outside?

In the short-term, the last time we were this cold in the first 10 days of November was over two decades ago. On this day, 22 years ago, the best we hit was 37 degrees in the afternoon. We’re expecting to do the same (or even cooler) today. 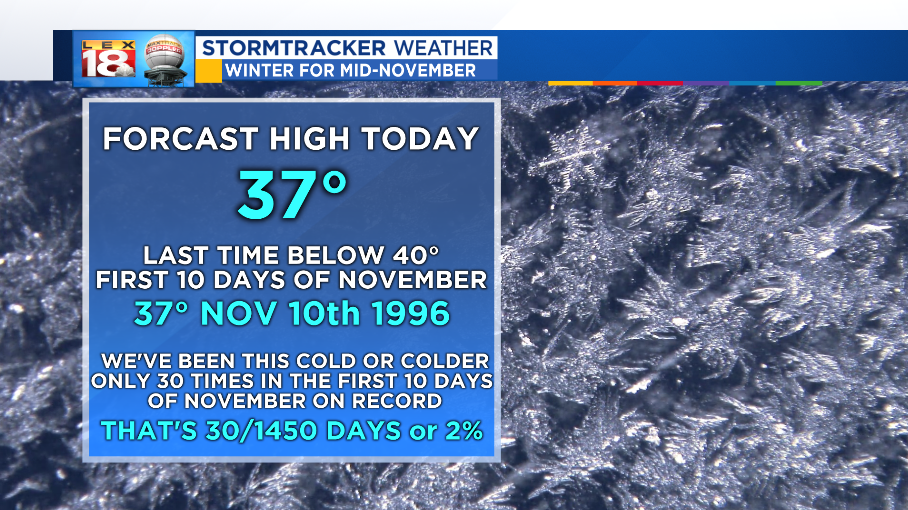 Pretty impressive stuff when you think about it.