Along with fact that we have unusual and near-record temperatures this week, we’re also tracking some of the white stuff. The first flakes of the season have already fallen but nothing really stuck. We have a chance to see a bit more tomorrow, but again not much is expected. 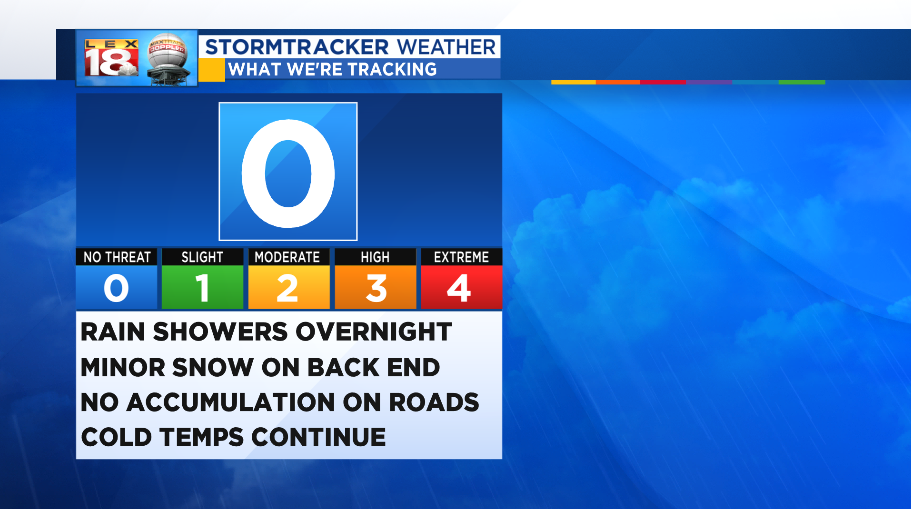 The rain and cloud coverage through the day today has been the result of a cold front pushing Gulf of Mexico moisture our way. Heavy rain was in the mix for southeastern counties, but most others just had light rain or mist. Only 0.01” has fallen at the Blue Grass Airport so far. 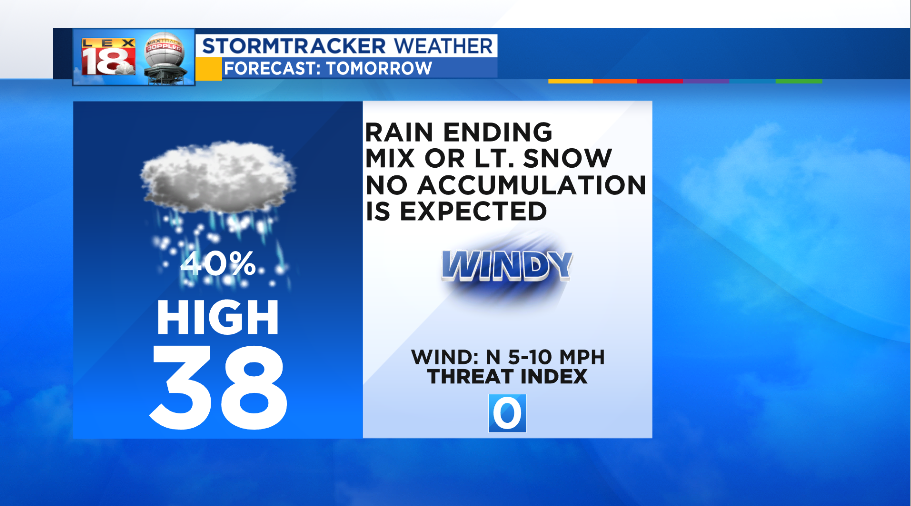 As the back end of the cold front slices through the region, temperatures will cool down to near freezing for Tuesday morning. This rapid cooling, especially in the layer of atmosphere above the surface will allow for some rain to transition over to snow. 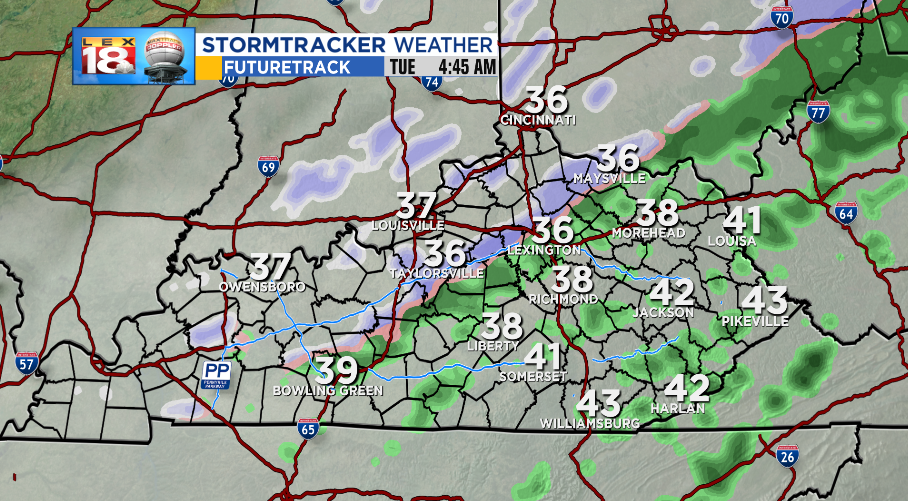 NO ACCUMULATION is expected on roads as temperatures will be too warm to support sticking. Small amounts of ice may accumulate on bridges or overpasses so be cautious of that. Snow is only expected to stick to grass or other surfaces that may cool more. Still, with temperatures a little above freezing, don’t expect it to last long. 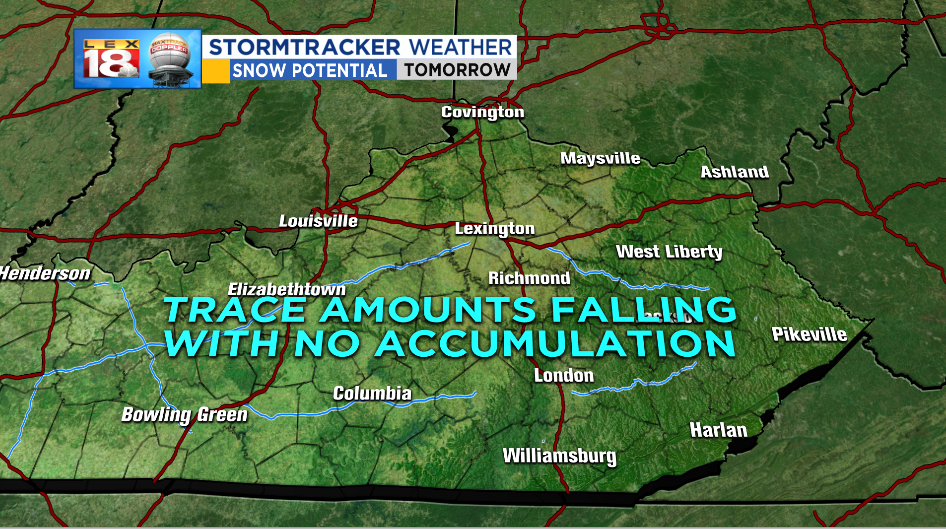 Bottom line, the snow falling will look cool tomorrow, but isn’t expected to have a major impact on travel. That being said, take is slow for Tuesday’s morning commute, as roads will be slippery from rain or snow melting on contact.