A lot has changed in the last 24 hours as far as timing and amounts for the upcoming winter weather event. Rain and wintry mix is already starting to creep in from the south and extreme southern counties are seeing some of it fall. As we work into tonight, the moisture will move north and as it does, temperatures will be nearing freezing for some. That will make for a slippery overnight and early morning commute for some.

Due to the increased threat for winter weather, the StormTracker Threat Index has been elevated to a level ONE or SLIGHT. Roads will becomes slippery where temperatures dip to freezing, and this is an event to keep in mind if you have to make any drive tonight and tomorrow morning. 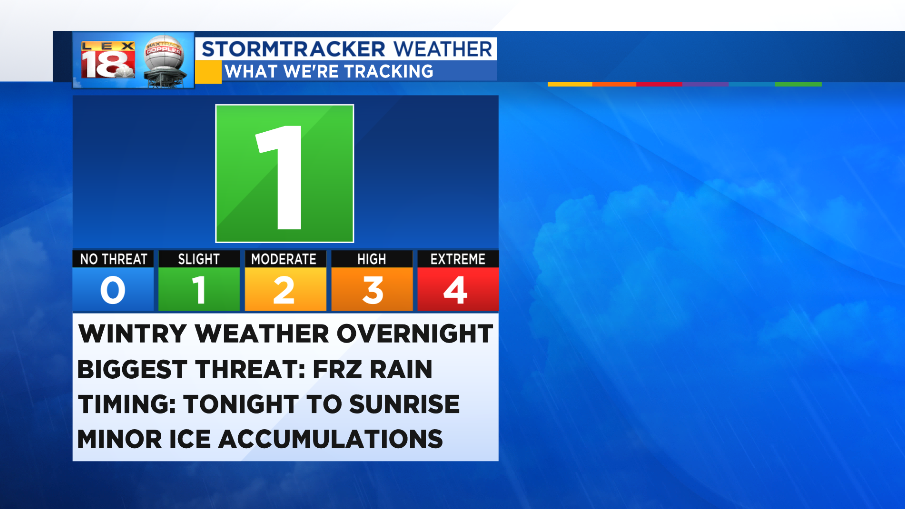 First, we’ll talk timing. Once again, rain is moving north as we speak. Temperatures in the counties it’s falling in are mostly above freezing. However, some wintry mix can fall. Rain will continue to move north and by the evening commute and after we’ll have some freezing rain falling in the Bluegrass and south-central counties. 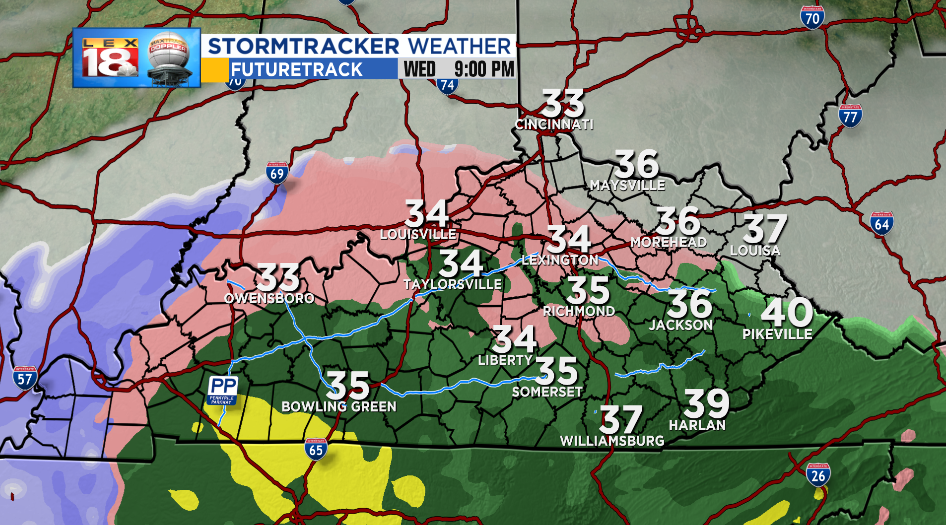 That line of rain falling onto freezing temperatures will continue to push north through midnight and should exit the state over the Ohio River early morning Thursday. As the line pushes north, temperatures will increase above freezing for those who already received freezing rain, and melting will begin to occur. Conditions will continue to improve through Thursday morning commute, but slippery spots will still be around. 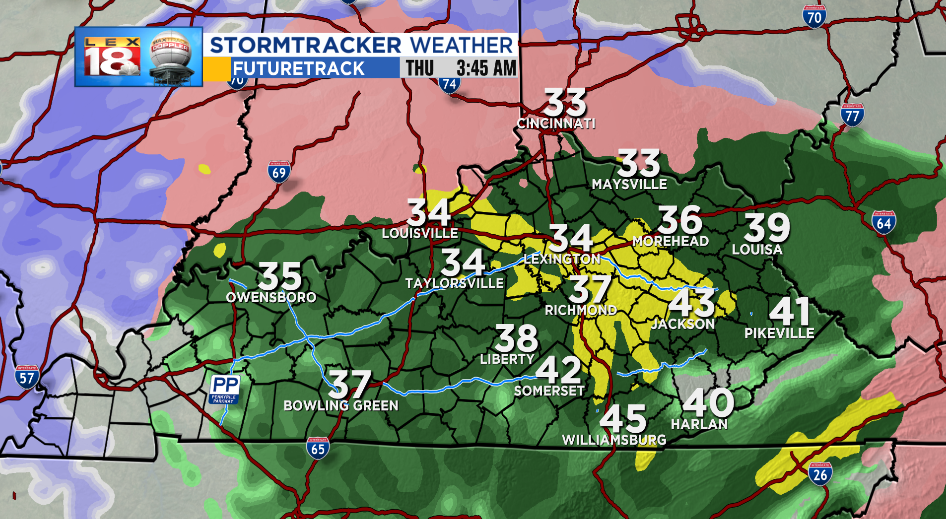 All precipitation till turn to rain by sunrise and melting will continue. The only other winter precipitation expected is after the sun sets Thursday evening. A few light snow or flurry showers will fall as temperatures drop back down to freezing. These showers will be hit and miss and will not drop much. 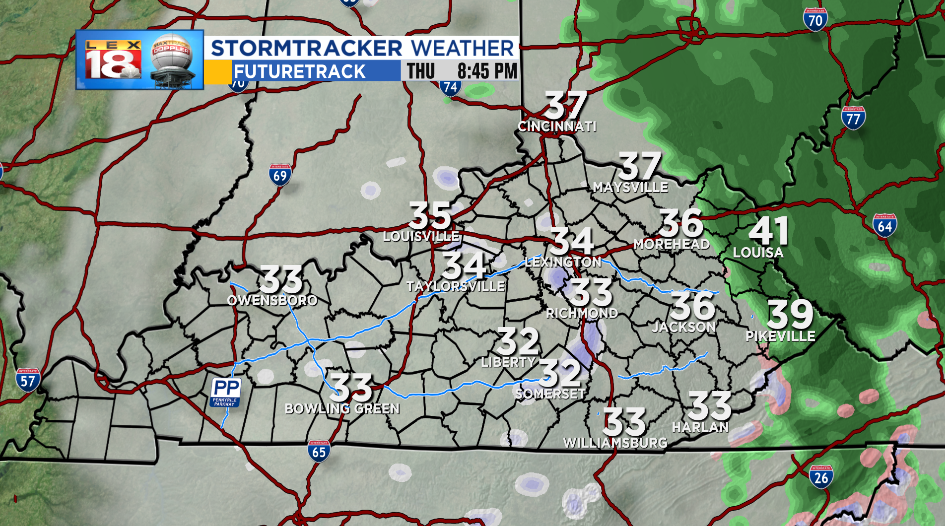 Now on to amounts. Amounts will be minor for both freezing rain and snow, but that doesn’t mean you shouldn’t use caution. This isn’t a downed tree and power line event, but roads will be slippery enough to cause hazards.

Freezing rain and ice will be the biggest threat of the two. We’re looking at less than 0.10” for most of Central and Western Kentucky. Higher amounts up to 0.25” could accumulate in the Bluegrass and northwest to the Ohio River. Keep speed down on the Interstates and Parkways as these will be affected. Remember that elevated areas on roads like bridges and overpasses are more susceptible to accumulate ice. 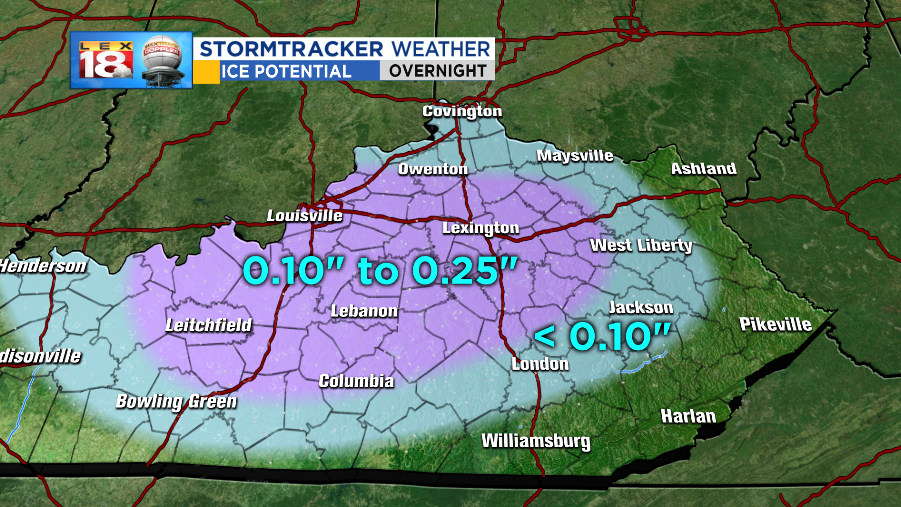 Snow will be significantly less, but may cause extra hazards for those who get it. Up to a few tenths of an inch is all that is expected. Areas that have the best chance for snowfall will be further west where temperatures are cooler. Counties in Kentucky that will be affected are mainly west and north around the Ohio River. 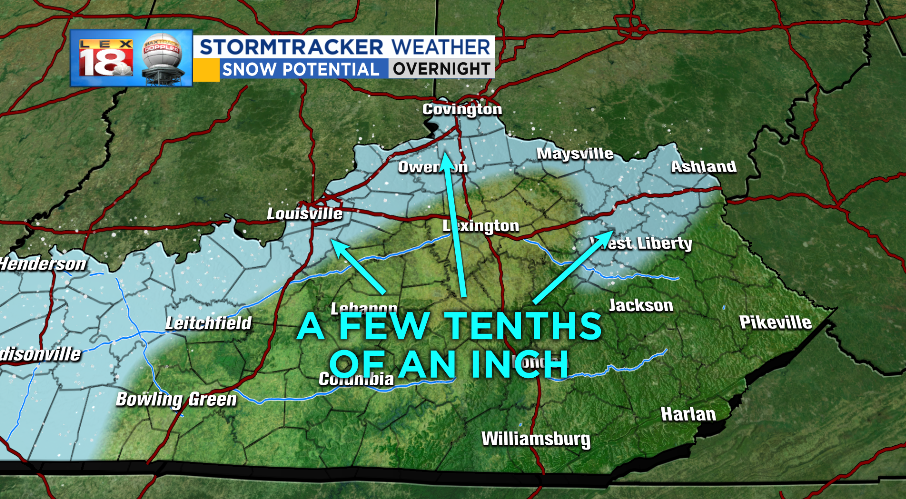 Rain amounts will still run between a half inch and up to 1.50.” No flooding is expected, but the rain will keeps roads slippery through much of the day Thursday. 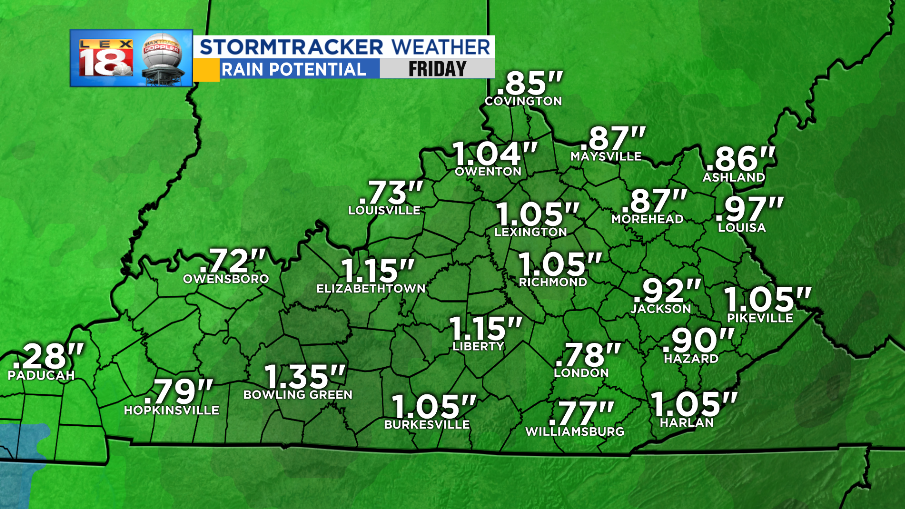 Due to the increased threat for winter weather, a WINTER WEATHER ADVISORY is in effect from 7:00 pm, Wednesday to 6:00 am, Thursday. Use caution on the roads during this time as conditions will be hazardous. Allow extra time for commutes and keep speed down. It’s not worth it. 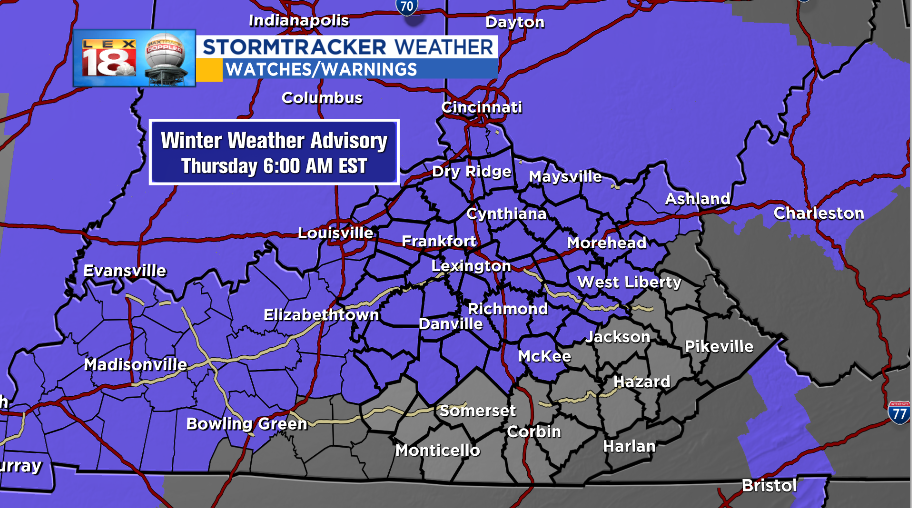 Above all, stay safe out there! 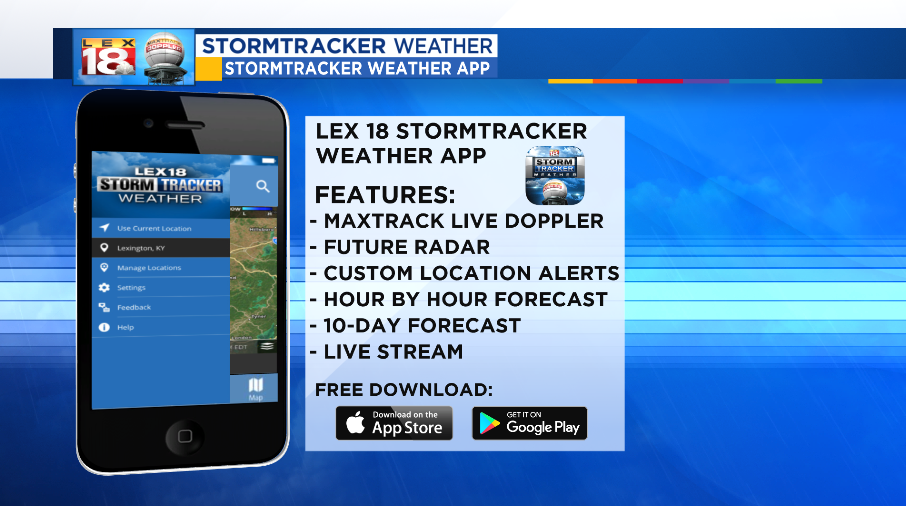