This week brought the first taste of winter for most in the eastern half of the US, including here in Kentucky. We picked up our first measurable snowfall of the season from a double dose of winter – freezing rain Wednesday evening followed by light snow last night.

The heaviest snow fell around the St. Louis metro, parts of the Ohio valley, and through New England. Meanwhile, amounts were around an inch around the central and eastern Kentucky. The accumulating snow was mostly on grassy and elevated surfaces. Lexington’s season snowfall total sits at 0.4 inches. 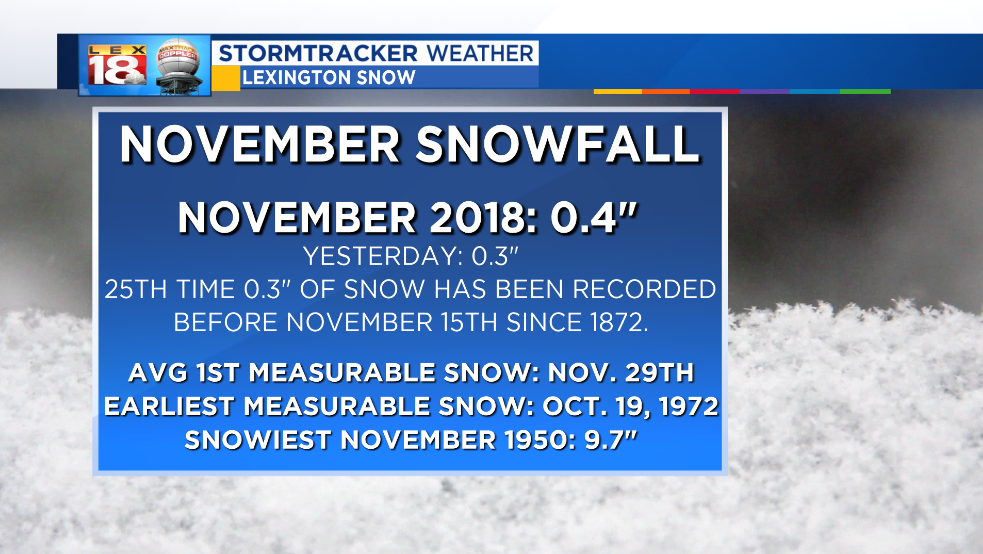 Last night was the 25th time in recorded weather history, since 1872, that Lexington has recorded snowfall amounts of 0.3″ or greater in the month of November. Our first measurable snowfall of the season is a little ahead of schedule. It typically occurs at the end of November. But it not the earliest ever; which occur in October 1972. Lexington’s average first inch of snow usually falls in early December 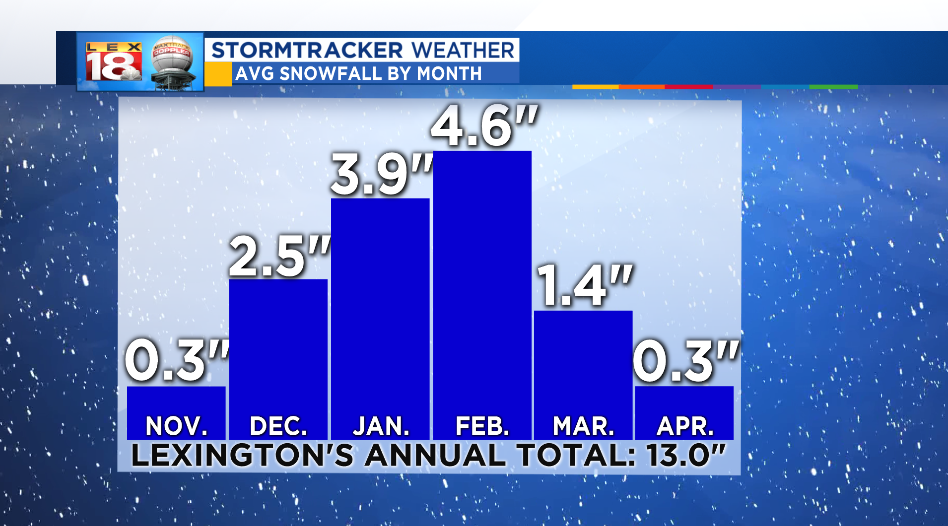 While we’re talking snow climatology, Lexington averages thirteen inches of snow annually. February is the snowiest, while April and November average three tenths of an inch. The snowiest year occurred over a century ago when 62.8 inches fell in 1917. More recently 38.4 inches of snow pulled 2015 into the fifth spot all time.