So yesterday, the best we did in Lexington for an afternoon high was 30 degrees. That means we had an entire day that was below freezing. Considering the fact that we normally see highs around 50 degrees and even lows above freezing this time of the year, that’s pretty impressive. 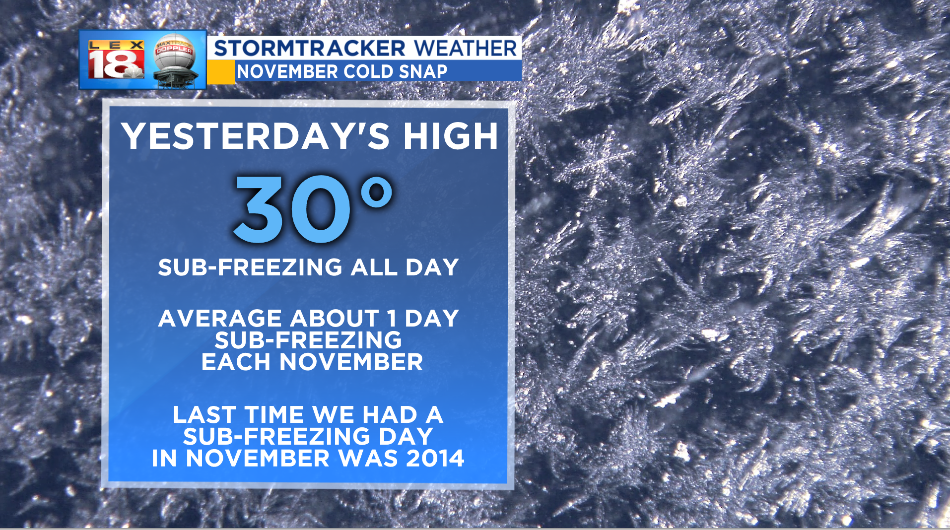 We actually average about 1 day each November completely below freezing. So technically we are right on track. However, so far we’ve only made it to 30 degrees in Lexington again today. That makes things a little more interesting. Having one sub-freezing day in November doesn’t happen often, having two and those being consecutive is a lot more rare.

First we’ll start with one. Yesterday’s 30 degree high was the first November day that was completely sub-freezing since November 2014. When looking at totals of two days the data becomes more scarce. 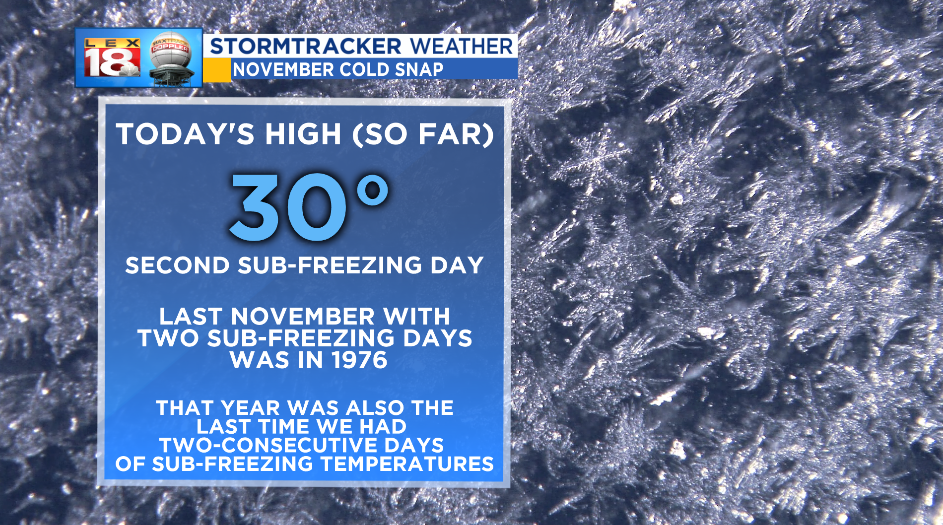 In Lexington, the last November to have 2 completely sub-freezing days was November 1976. Those two days were also consecutive. They were November 29th and 30th of 1976.