November 2018 is in the books and the month went down as a wet and chilly. 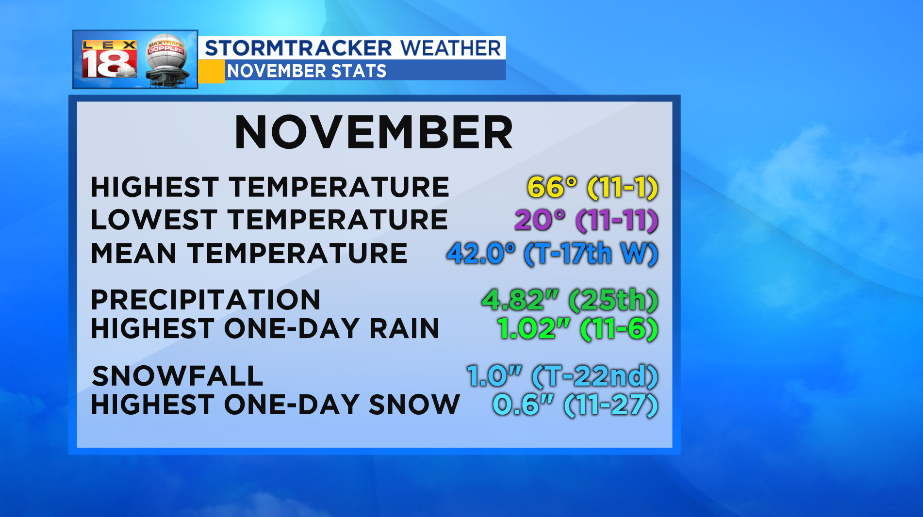 November went down as wet month officially recording 4.82” through the entire month. This fell on 19 of the 30 days. The day with the highest precipitation was the 6th with a rain total of 1.02.”

Snow was pretty underwhelming. We only picked up 1.0” total for the month and the majority was with the really dry snow that fell on the 27th. That day we picked up 0.6” which only yielded 0.02” of liquid water. That makes it a 30:1 snow ratio. What this means is if it snowed 30 inches that day, it would’ve only melted down to 1.” That’s a really dry snow.