The first of December officially started “meteorological winter” so we can recap how fall went down in the weather books. If you’re confused on why we have separate seasons for meteorologists it’s mainly to have four concise record keeping periods.

So, let’s go ahead and see how fall 2018 shaped up. We know it was a wet one. Thanks to two tropical cyclones and above average rainfall in all three months, we recorded a lot of precipitation. Fall 2018 goes down as the wettest fall on record in Lexington, the 7th wettest season of all time, and the only fall in the top 10 of all seasons when talking about highest precipitation. 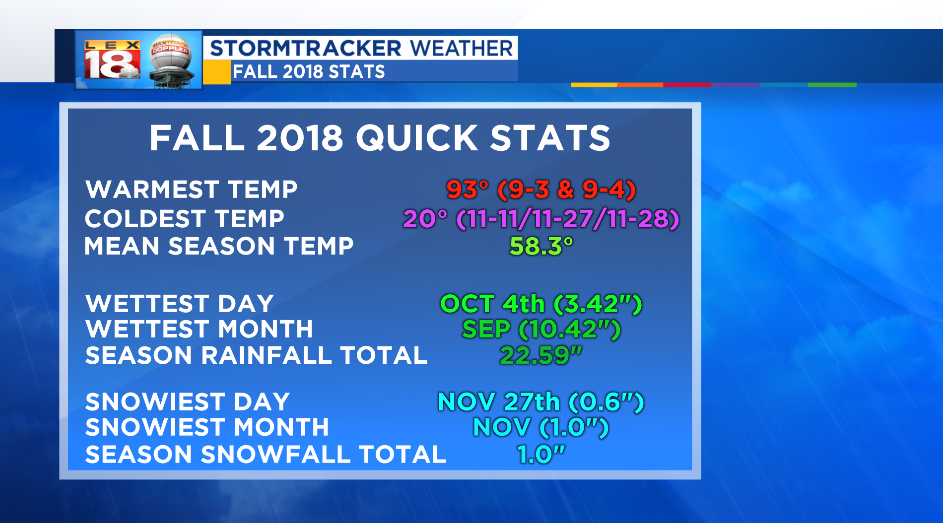 Thanks to an above average September and October, fall 2018 went down as a slightly above average season. The mean temperature recorded over all three months ended as 58.3°F which is 1.1°F above normal.

th warmest fall when talking about morning lows. Both September and October finished above average for morning lows, and September was in the top three for warmest morning low temperatures. 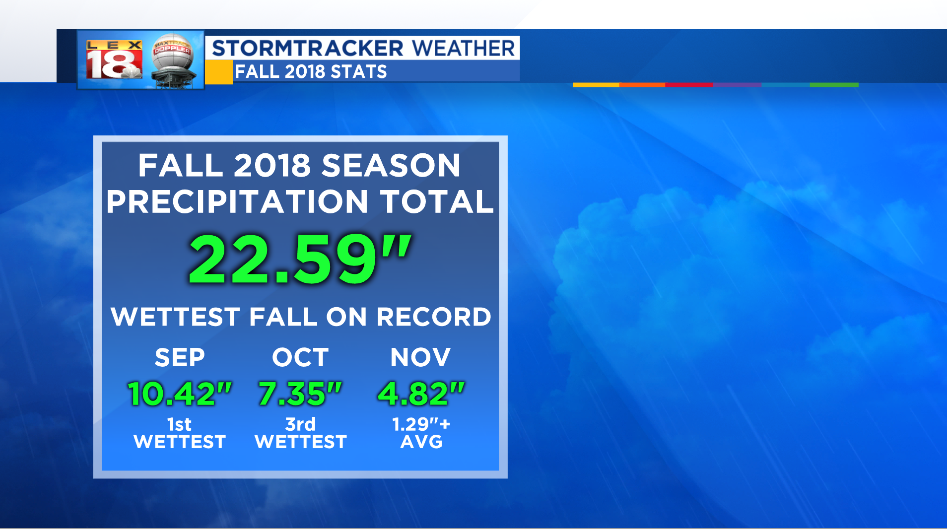 Lexington had a very wet fall this year. In fact, it was the wettest in recorded history. We ended with 22.59” of precipitation at the Blue Grass Airport which was also the highest precipitation recorded at any official recording site in the state this fall.

Snowfall was above average, but not really impressive for the season. Lexington ended with a total of 1.0,” all which fell in the month of November. This is 0.7” above normal for the season.

The highest single-day rainfall this fall occurred on October 4th with 3.42 inches. That 3.42” makes 10/4/2018 rainiest October 4th on record, the 3rd wettest October day on record and the 26th overall wettest day in Lexington history! 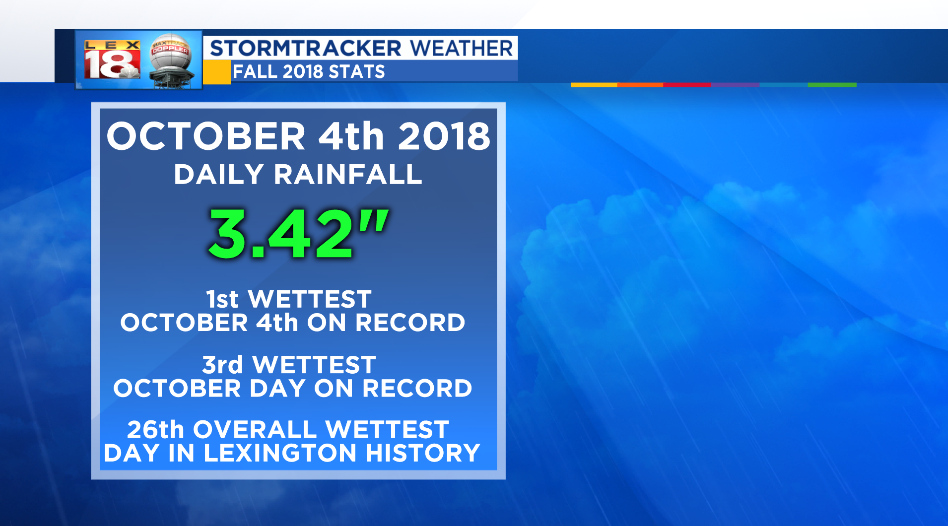 The highest single-day snowfall occurred on November 27th totaling 0.6.” An additional 0.4” fell prior to that between the 13th and 15th of the month totaling 1.0” for November and the entire season.

Since record keeping, if you look at every season’s (fall, winter, spring, & summer) precipitation totals since 1872, fall 2018 goes down as the 7th overall season on record. Only two summers, two winters, and two springs have recorded more precipitation. When looking at the top 10 wettest seasons on record, fall of 2018 is the only fall that resides in the top 10. This is pretty impressive seeing as September and October are typically the driest months of the year. 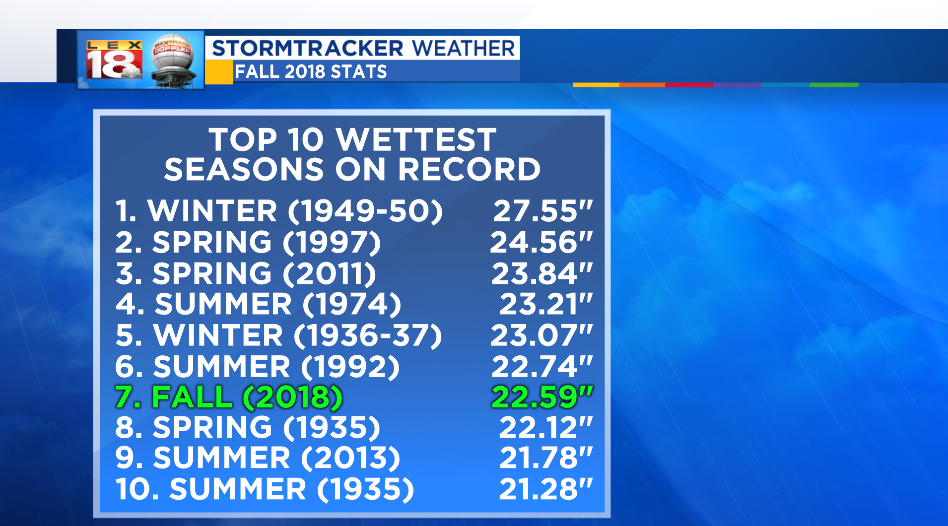 September is normally the driest month of the year only averaging 2.91” however it has recorded more precipitation than any month so far this year, even with February being the wettest on record. The 10.42” of rainfall recorded this September is the highest monthly precipitation recorded since the 11.41” back in April of 2015. In order to find the last September with over 10” of rainfall prior to 2018, you have to go back to September 2006 when 10.25” of rain fell.