The forecast into the weekend is getting wintry again. We are tracking two chances wintry weather over the next four days. The first will arrive tonight, the next will track into late Saturday night through Monday morning. One round will have very little impact, while the other could be a big deal for some around central and eastern Kentucky. 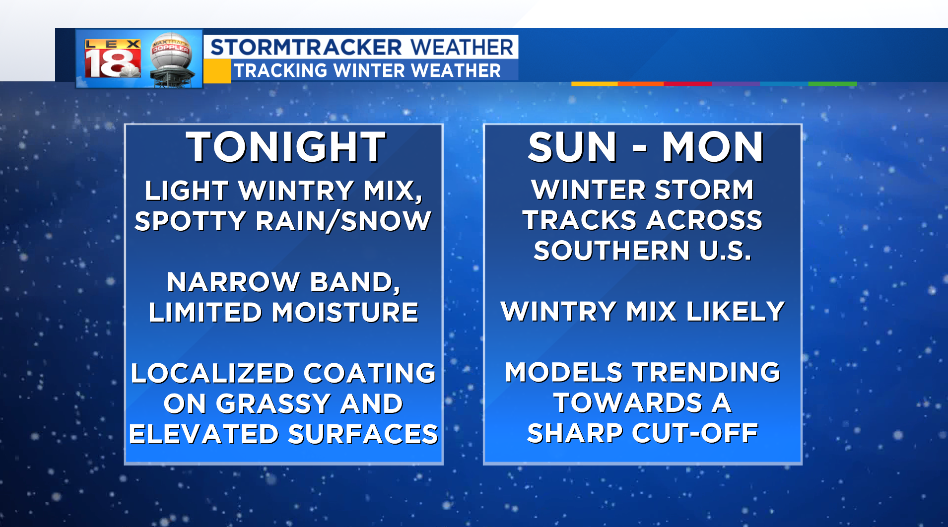 Let’s start with the batch that will track through tonight. Snow has been flying and sticking across areas to our north. This band is going to lose it’s gusto as it continues moving south this evening. Locally temperatures have been well above freezing this afternoon, so things will begin with rain. As temperatures start to fall there will be a quick transition over to snow showers. In the interim there is the potential for a light glaze of ice. Scattered snow showers will continue through the midnight hour. 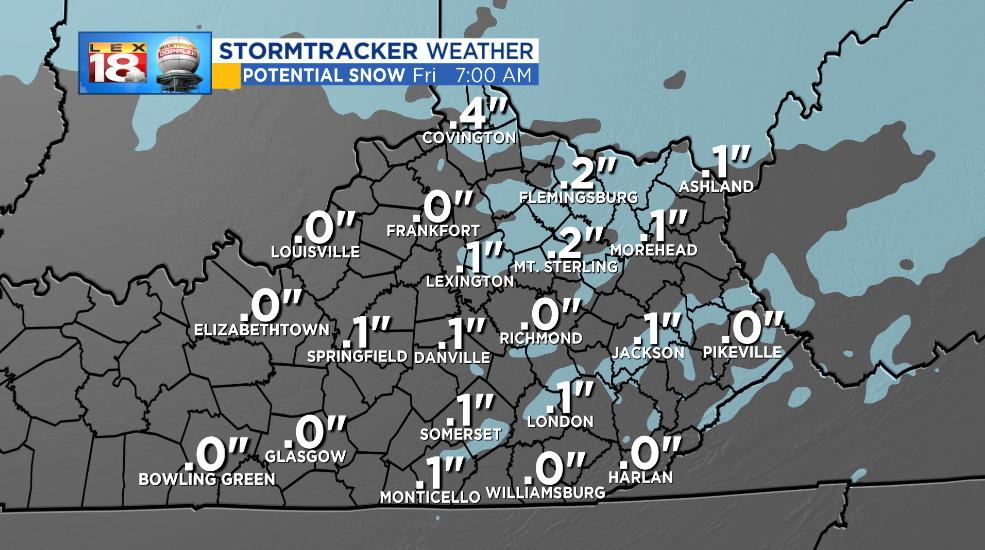 This system will be quick-hitting and have limited moisture to work with so little to no accumulation is expected. Some may wake up to a localized coating on grassy surfaces. Otherwise that’s it. 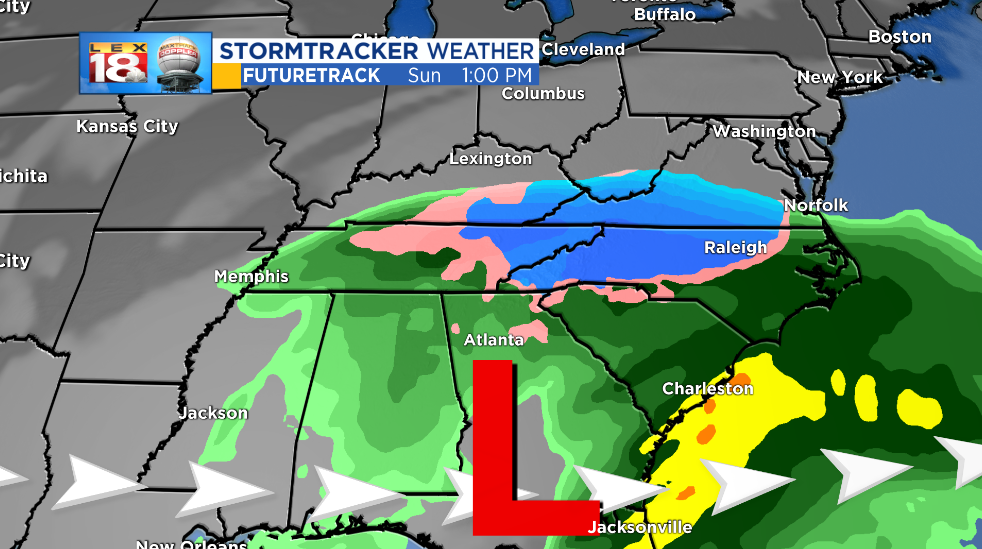 The next winter storm could be a bigger deal for parts of central and eastern Kentucky. A low is on a path to track coast-to-coast. It has already brought rain to California and will bring several inches of rain to Texas through Saturday. There will be some colder air the the storm can tap into as it crosses the Deep South. Widespread rain and snow will fall across the southern Ohio Valley and Southeast. Periods of rain and snow will be possible for central and eastern Kentucky on Sunday. 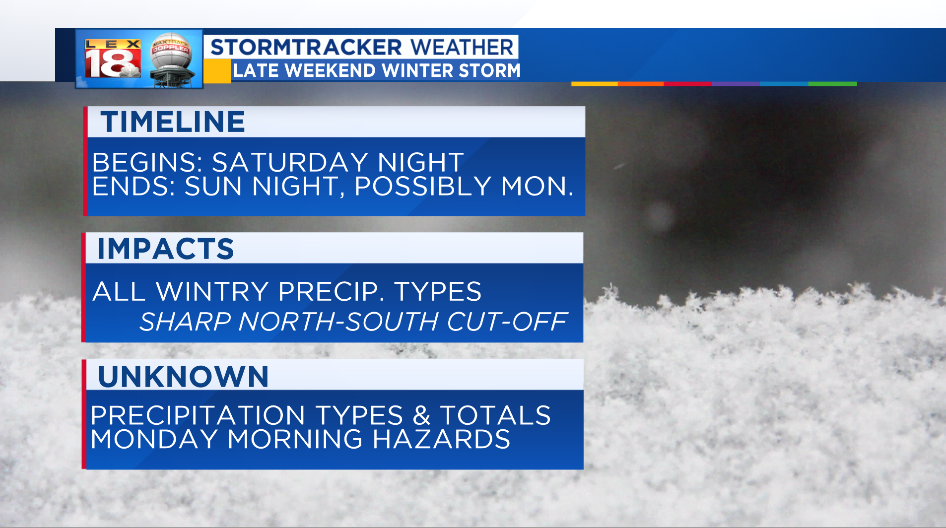 As we get closer to the weekend some details are becoming more clear. First, the timeline. The onset of precipitation appears to be late Saturday night. And first for southern Kentucky. Widespread wintry precipitation will continue Sunday before wrapping up Monday. What is still unknown is the exact precipitation types and the timing of when we’ll see each. Accumulation is another unknown. The trend has been to keep the accumulating wintry precipitation farther south over recent days. The mountains of the Carolinas, Georgia, and Virginia could pick up over a foot. Also how could this storm impact school and the commute Monday morning.

Despite the southerly trend, parts of southern and southeastern Kentucky could still receive several inches of snow. A sharp cut-off of no snow vs. inches of snow may run right through the heart of the Bluegrass. This is a winter storm to keep an eye on. We will continue to track this winter storm and the impacts on central and eastern Kentucky. Look for another update in tomorrow’s StormTracker Weather Blog post.