A strong storm system continues to track across the southern U.S. This system will bring the threat for winter weather on Sunday for parts of central and eastern Kentucky. Southern and southeastern counties are at the greatest threat for accumulating snow and sleet. 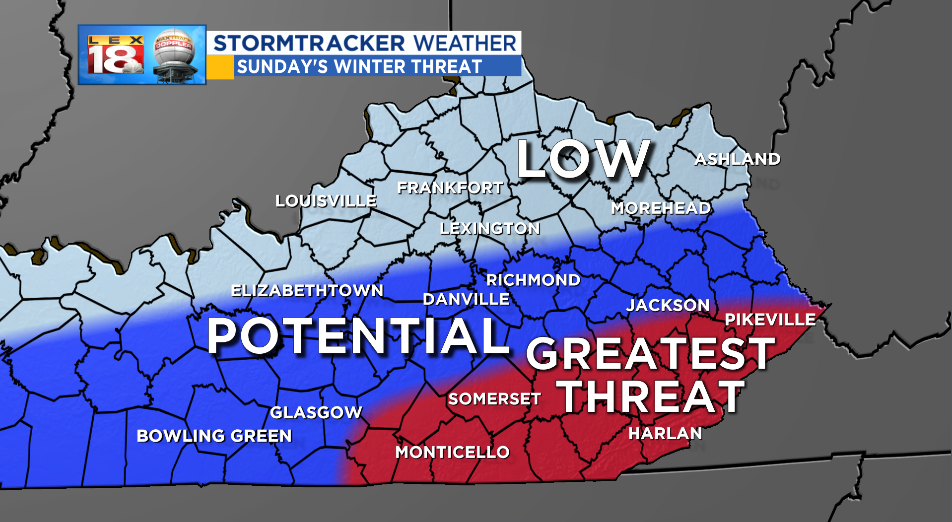 Here’s what hasn’t changed. Models are still showing signs of a sharp cut-off, and the line could run straight through the Bluegrass. This line will be the difference between little to no snow and a decent accumulation.  A shift in the storm track will move that cut-off, and lead to changes in precipitation types and amounts. 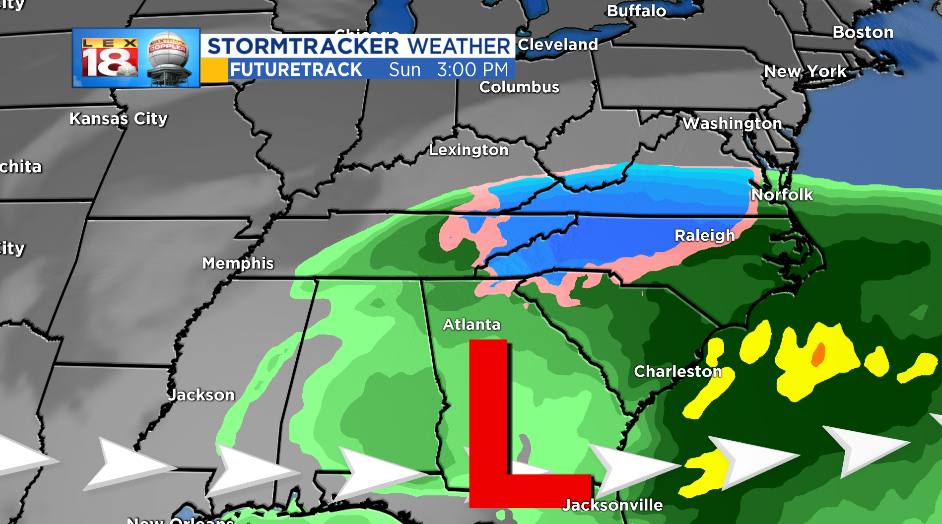 The general track of this system is also still the same. And so is the onset. Widespread precipitation will spread northward into southern Kentucky late Saturday evening. The latest model runs don’t spread the precipitation quite as far north. Lexington will be in the clear according to the European model as seen above. BUT this is just one model. The placement of the precipitation shield has been waffling over the past couple of days. And it may change again before Sunday. The key takeaway is the southern and southeastern Kentucky are at the greatest threat.

Timing has been tweaked a little too. Precipitation now looks to shut down faster. Everything looks to quickly wrap up Sunday evening. 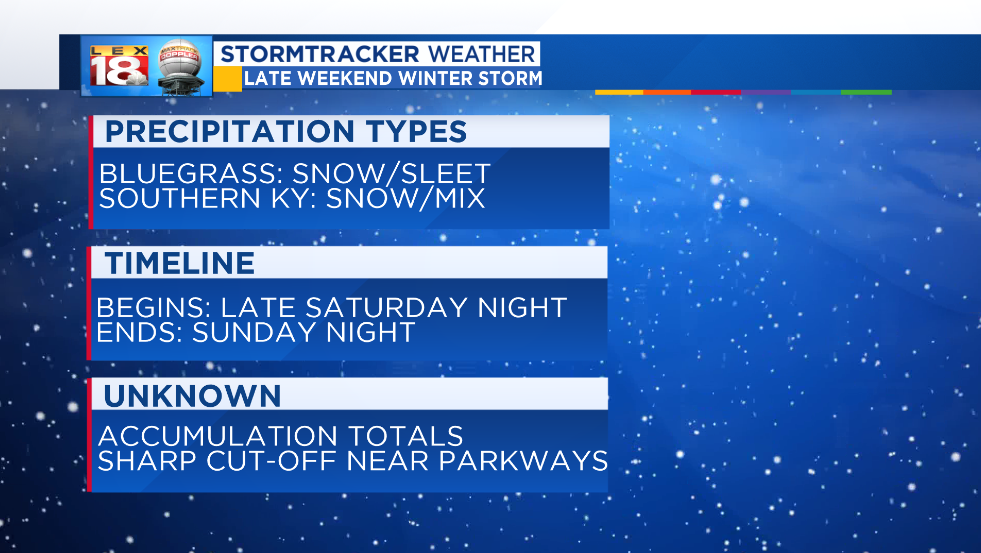 Forecasting southern system can be tricky. This system is no different. (For instance, from one model run to another the snow accumulation for far southeastern Kentucky has gone from a foot to nothing.) Given the complexity, shifts in the storm track can lead to significant changes in the amounts and placement of wintry weather. Stay tuned for the latest updates on air, online, and on the LEX 18 StormTracker Weather app.