A Recap of an Icy Early Season Winter Storm

This was quite the welcome to winter for southern Kentucky. Y’all saw it all today. From freezing rain to sleet to a heavy, wet snow. 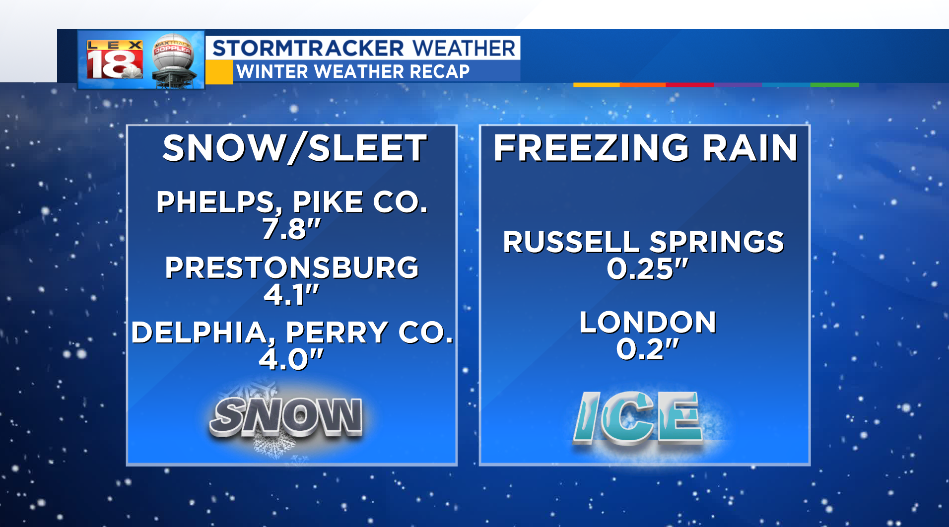 Snow reports were confined to the southeast corner of Kentucky. And there were some big totals on the ridges. Southern Perry county reported four inches, while the northern part saw closer to two.

Sunday morning was slippery for south-central Kentucky as a slug of freezing rain tracked through. There were a number of reports of a quarter inch of ice. Ice covered everything from the roads and sidewalks to mailboxes and signs to bird feeders.

There is a small chance for a light snow shower and patchy freezing drizzle to track through southern Kentucky tonight. Otherwise, the wintry precipitation has departed the Commonwealth. But roads could still be slick overnight and Monday morning. For that reason southern Kentucky remains at a Threat Level 1. 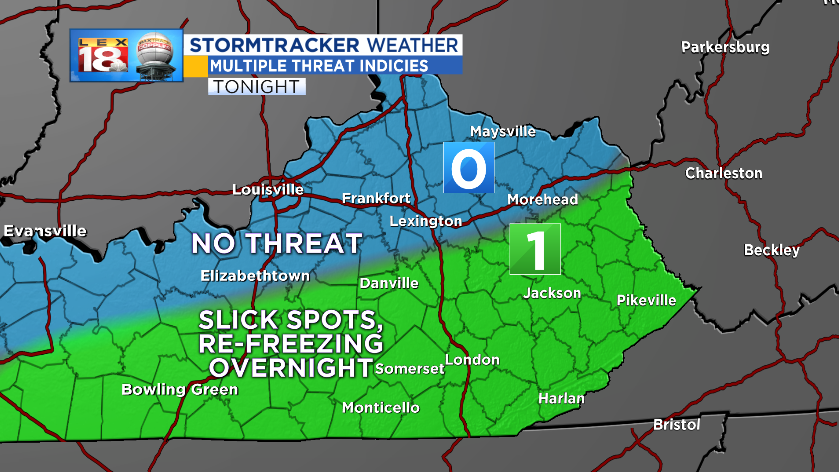 As this early season winter storm departs through the Carolinas, high pressure to our north will take the reigns. We are tracking skies to gradually clear and temperatures to fall into the low to mid 20s overnight. As temperatures fall, any moisture on the roads will re-freeze resulting in slick roads and areas of black ice into Monday morning. Bridges and overpasses will be the first to freeze. 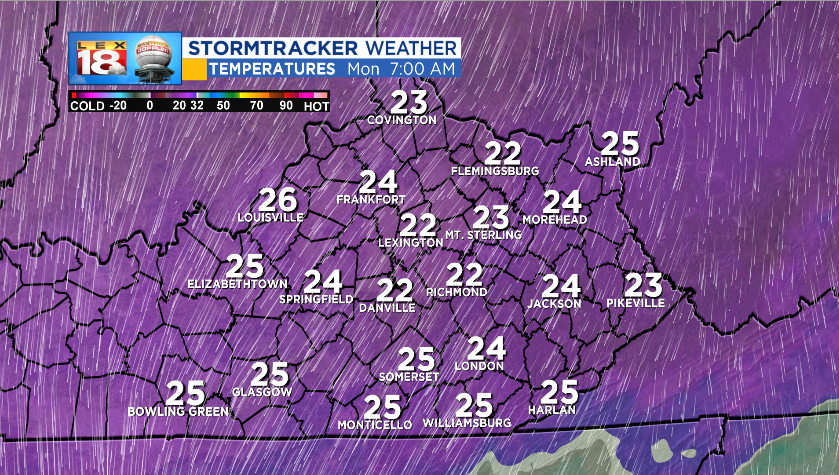 Air temperatures near 20° will be brutal enough to start the work and school week, but wind chills will be even colder. Feels-like temperatures will be in the teens tomorrow morning. We won’t be able to shake the chill Monday afternoon with highs in the mid to upper 30s. But at least the sun will be back. We are tracking a steady warm-up through the rest of the week.