Earliest Sunset of the Year Tonight

It’s no secret the days are getting shorter. It’s dark now when you wake up AND when drive home from work. The Winter Solstice is one week from today. Not only does it officially usher in winter, but it’s also the shortest day of the year. But after today sunsets will be getting later. 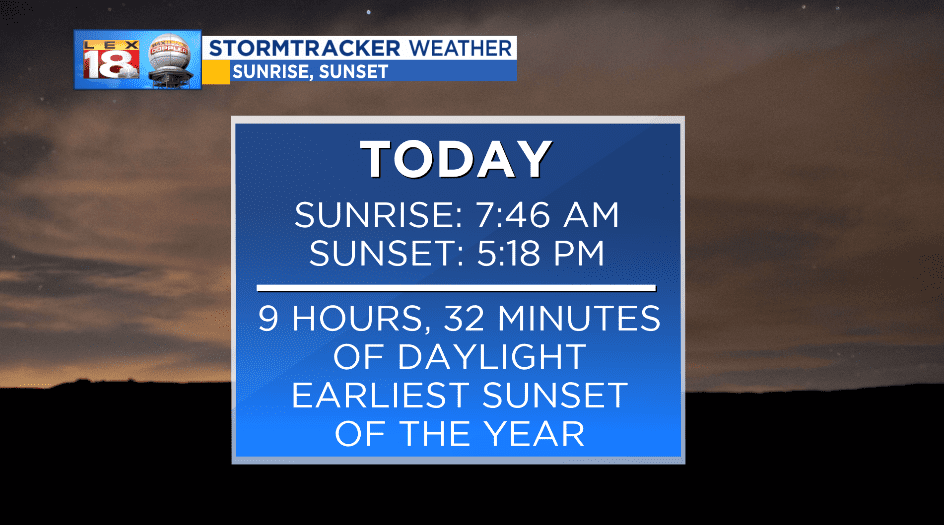 The sun will set at 5:18 PM tonight. (We won’t see it this evening though with the widespread clouds and rain.) This is the earliest sunset of the year for Lexington. Starting tomorrow night, the sun will be going down later. But we will continue to lose daylight through next Friday. 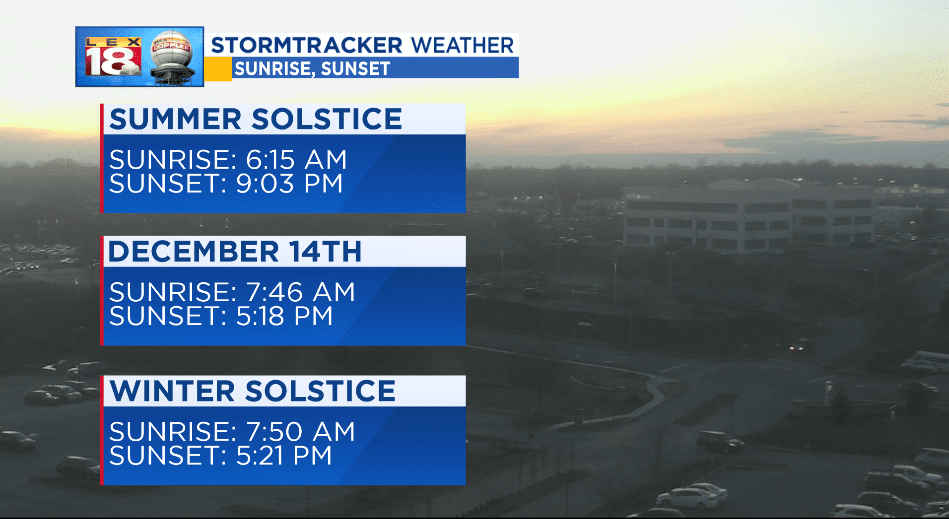 Since the Summer Solstice on June 21st, we have lost five hours, seventeen minutes, and one second of daylight. Next Friday the sun won’t wake up until ten minutes before eight, and will set at 5:21 PM. That’s just over nine hours and 31 minutes of daylight. The days will be getting longer beginning next Saturday!