A “White Christmas” Is Not Really Kentucky’s Thing

While we like to dream of a white Christmas, unfortunately it’s not common in the Commonwealth. Rarely do we have enough snow on the ground to get the true “Christmas look,” and even just snow flakes falling is pretty uncommon. 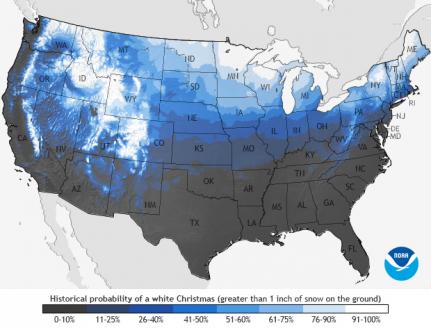 According to the NOAA, the probability for Kentucky to record at least one inch of snow on the ground during Christmas is less than 25%. Eastern Kentucky has recorded more Christmas snow over the years, but even with that, the probability sits between 10% and 20%. 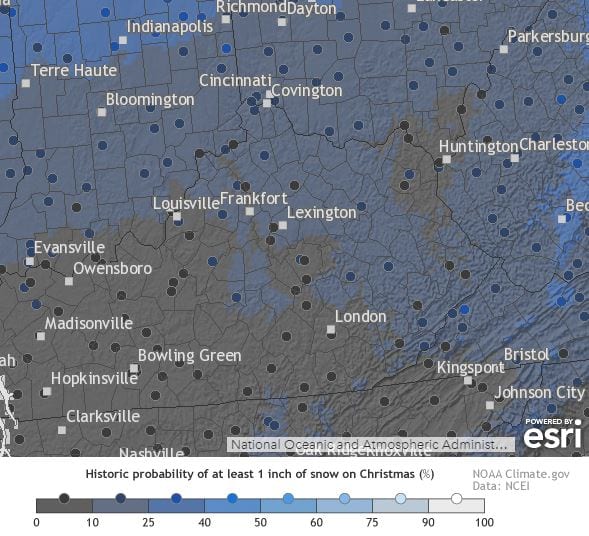 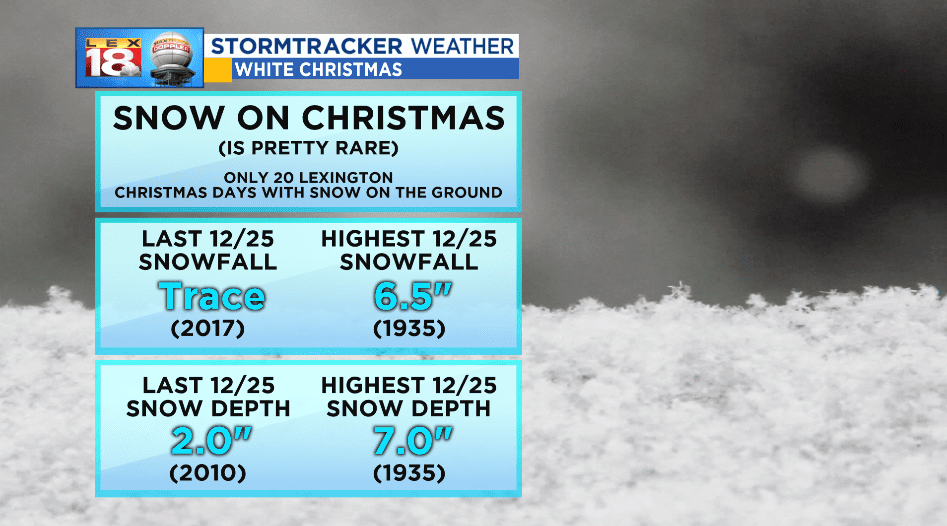 Now, that’s only snow depth (snow on the ground). Some of you might be happy with just flakes falling. Snow has fallen on 48 Christmas Days since records have been kept. This includes days that snow fell but was not enough to measure, called a “trace amount”. The last time snowflakes fell on Christmas Day was last year when we picked up a trace. The last measurable snowfall was in 2010. The highest snowfall ever recorded on a Lexington Christmas Day was 6.5 inches in 1935.