Christmas in the Bluegrass

This Christmas will be pretty ordinary weather-wise. You won’t need your heaviest winter coat. Santa can keep the flip flops tucked away. It also won’t be a white Christmas, BUT that doesn’t mean we aren’t tracking a little bit of festive snow. 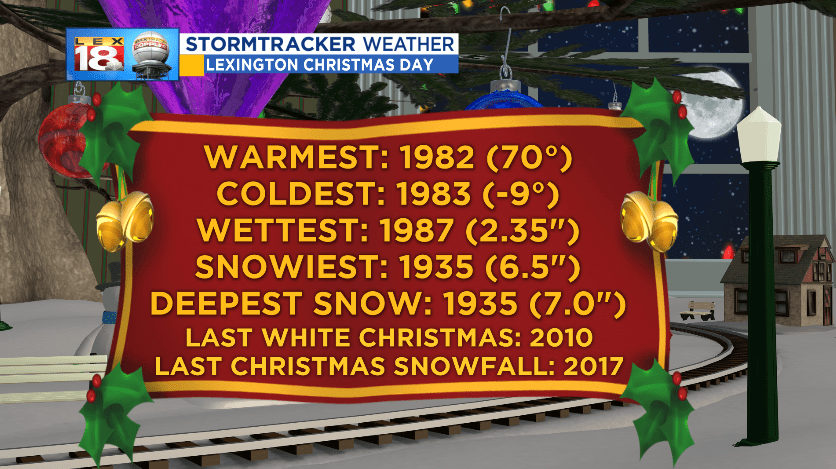 First, some Christmas weather history. Lexington’s warmest Christmas was in 1982 when the afternoon temperature hit 70(!!!) degrees! Coincidentally, the following year was the coldest on record. The wettest Christmas also occurred in the 1980s. Christmas 1935 holds the records for the snowiest and deepest snow depth (most snow on the ground.) 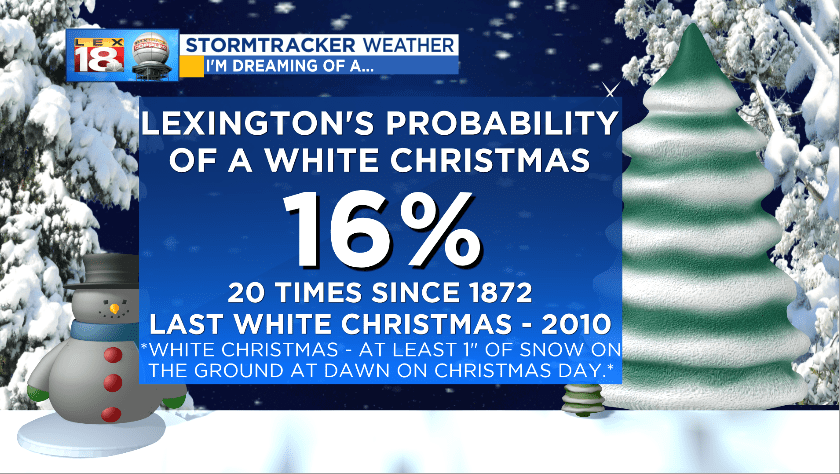 Our odds of a traditional white Christmas are not that great. The textbook definition of “white Christmas” is at least one inch of snow on the ground at dawn on Christmas day. Since 1872, when weather records began in Lexington, there have only been 20 white Christmas Days. That puts our probability at a whopping 16%. The last white Christmas was in 2010. 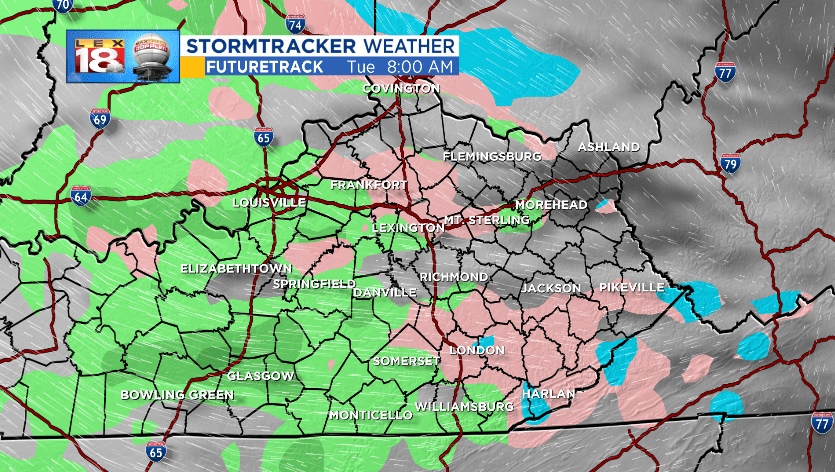 While this Christmas won’t be white, we are tracking the potential for rain and snow showers Christmas morning. We weak system will push through the Midwest and parts of the Ohio Valley. Areas to the north of the Bluegrass will have a better chance of snow and some very light accumulations. For us, there could be some flakes flying around as Santa flies into Kentucky and as you’re opening gifts in the morning. Quickly any snow will flip over to rain then end all together during the afternoon.

Merry Christmas from the StormTracker Weather Team! We are wishing a wonderful holiday season to you and your loved ones!