Last year was one for the record books in Lexington. The wettest year ever ended just shy of six feet of precipitation. It’s interesting to note that not every month last year was exceptionally wet. Nine out of twelve months featured above-normal precipitation. February and September were the wettest on record for their respective months. While this past May and October ended on the top 10 wettest list. 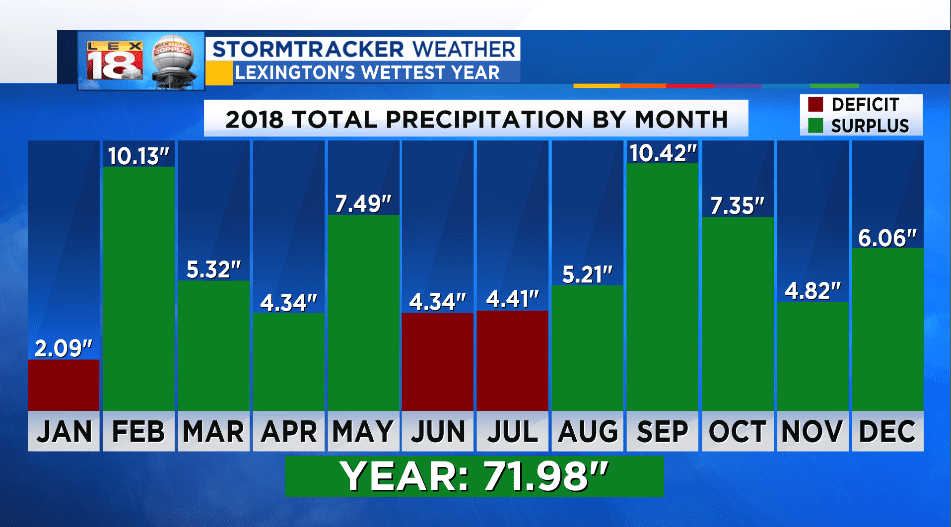 Here’s another way to put last year’s record precipitation in perspective. We ended the year nearly 27 inches above-normal. If we don’t receive any more rain between now and the end of July, then we would be back to “normal.” 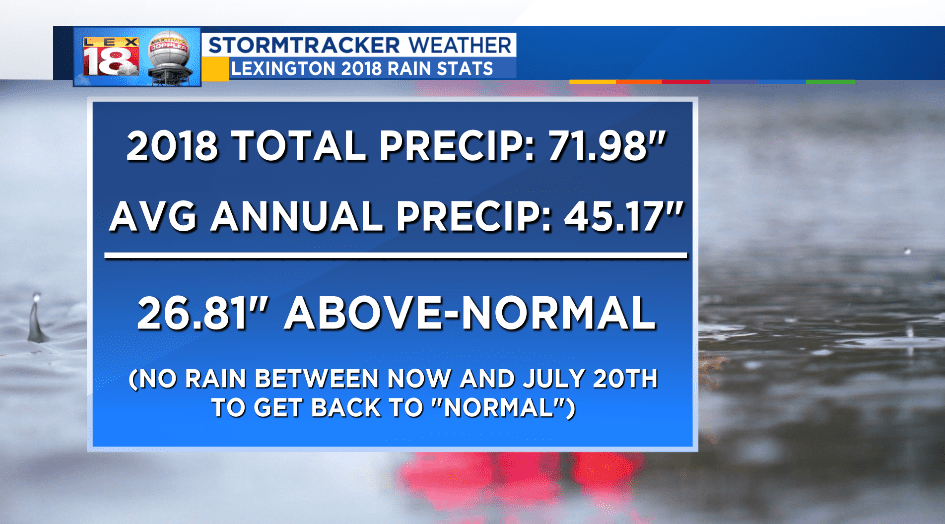 Of course we know that’s not going to be the case. In fact, Lexington won’t have to wait long to see the first rain chances of 2019. We’ve dealt with drizzle throughout the day today, meanwhile areas south and southeast of the Bluegrass have seen a little more shower activity. We are tracking spotty showers to continue for southeastern counties through this evening. We will all get in on the action on Friday. 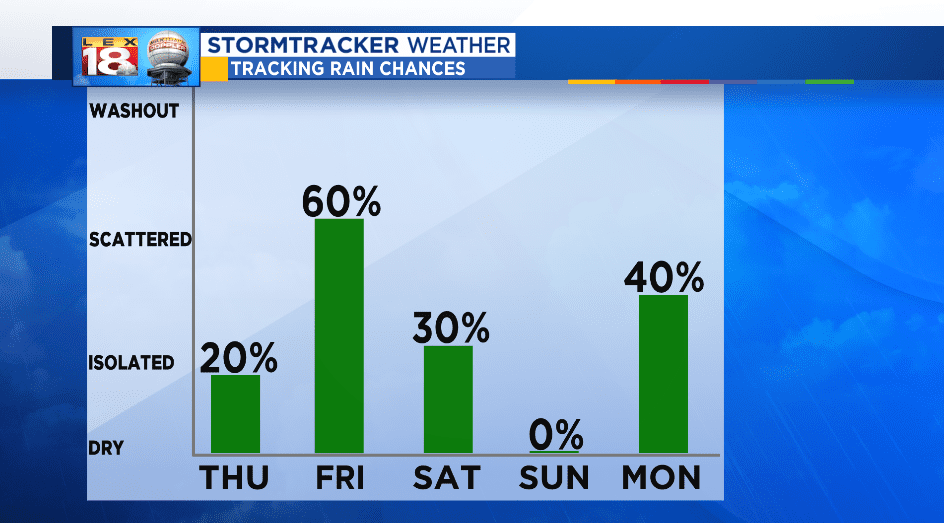 We are tracking a low to lift out of the Gulf Coast and slide through the Southeast over the coming days. After a brief appearance from the sun Thursday, clouds will thicken back up and showers will start moving in Friday afternoon. The good news is these showers will be in and out rather quickly. The weekend isn’t looking bad, outside of a lingering shower or two Saturday morning. 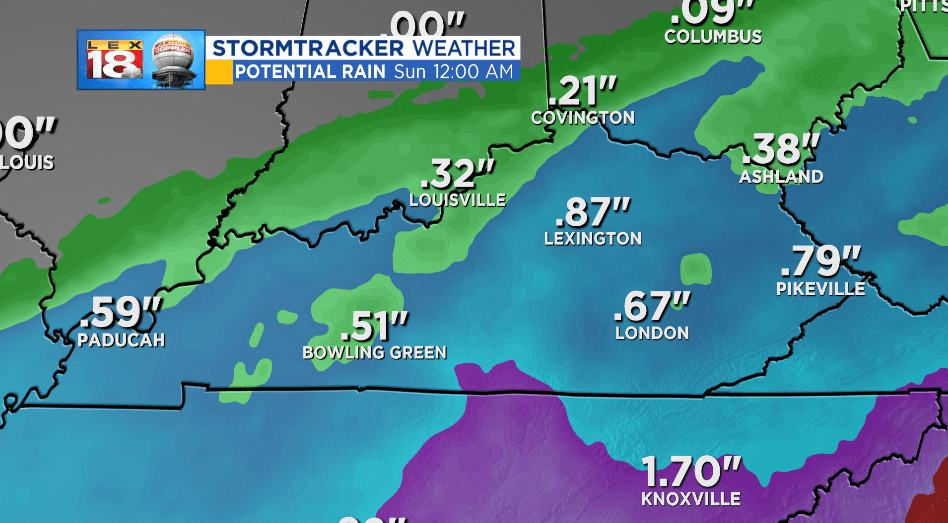 The upcoming round of rain could bring up to an inch of rain to central and eastern Kentucky. Higher amounts are expected for southeastern counties, given the light rain showers that will be around this evening. There won’t be much time to dry out. We are tracking more rain to start next week.