During winter we celebrate the little things. Sunshine instead of clouds, brisk rather than frigid temperatures, rain instead of snow, and increasing amounts of daylight. There’s another cause for celebration today. Happy Perihelion Day! 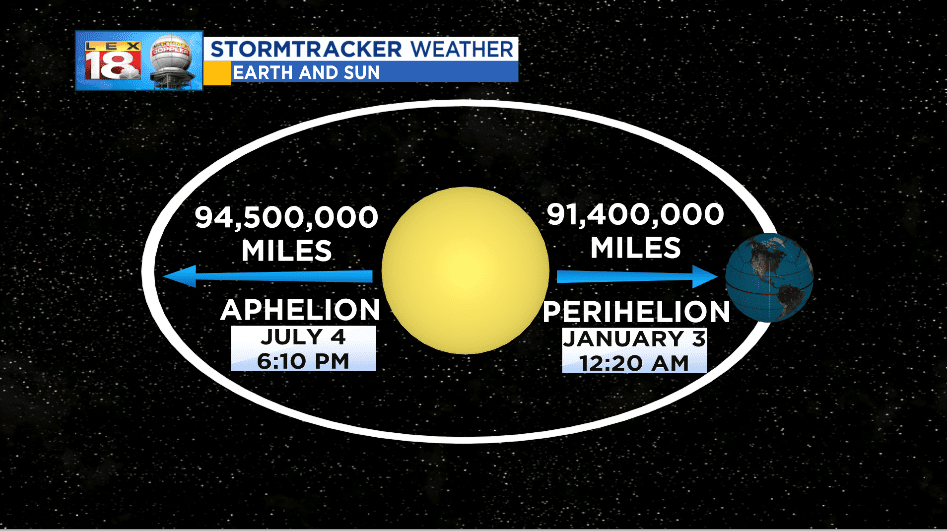 At 12:20 AM Eastern time Earth reached its closest point in our orbit to the Sun. This point is called perihelion. The name comes from two Greek words, peri – “near” and helios – “sun.” Today we are a 91.4 million miles away from the sun. Apehlion will occur in early July, at which point we’ll sit 3.1 million miles farther away.

This is completely normal. It happens every year. Earth’s orbit is not a perfect circle, it’s more of an ellipse. Remember it’s the tilt of our planet that gives us our seasons, not the distance. However our distance from the Sun does affect the seasonal length. As we near perihelion, the Earth is moving at its fastest speed in orbit at almost 19 miles per second. In early July the Earth is traveling at only six miles per second. This means that Northern Hemisphere winter, and Southern Hemisphere summer, are the shortest seasons. Summer in the Northern Hemisphere lasts nearly five days longer than winter. Thank goodness we live on this side of the Equator. Give us more summer, and less winter.