Winter So Far: A Lot of Rain, A Little Snow

We’ve been lucky so far this season. Snow has been minor compared to a “normal” season. Kentucky isn’t a very snow-rich state to start out with. The geographical makeup of the state has us right on the boundary where warm, moisture-laden air and cold, dry air meet. Due to this, we have storms that can come with rain, snow, or both. Kentucky has an average of about 11 inches of snow per year.

So far, we’ve only had a tenth of an inch. That’s, of course, only when speaking of the winter months (December through February). We actually picked up an inch in November, but it doesn’t count towards winter statistics. 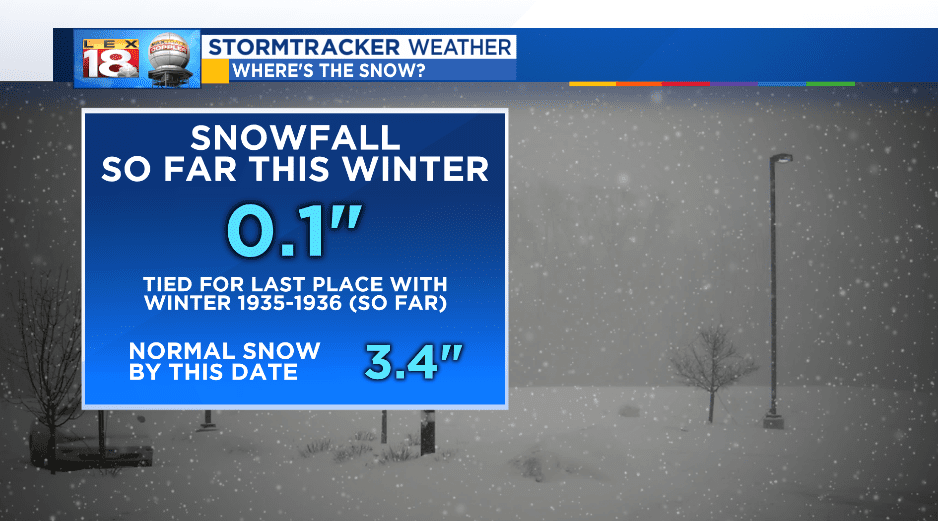 Anywho, The 0.1” of snow we’ve seen this winter is back by quite a bit. We typically average 3.4” by this date so we’re a bit behind. The 0.1” currently has us tied with last place in season snow totals with 1935-1936. Now, keep in mind that we still have over a month and a half to record possible snow, but starting this far behind means we’d need a lot to catch up.

The rain has really been the big story of 2018, but also the beginning of this winter. December totaled just over 6 inches of precipitation which was 2.13” of surplus. So far in January, we’ve recorded 1.19” of precipitation and that is already a surplus of 0.35.” So for the winter so far, we have 7.25” of precipitation. If we used that as the season total right now, we’d still be on the low end. But, keep in mind, we still have a month and a half to record more. 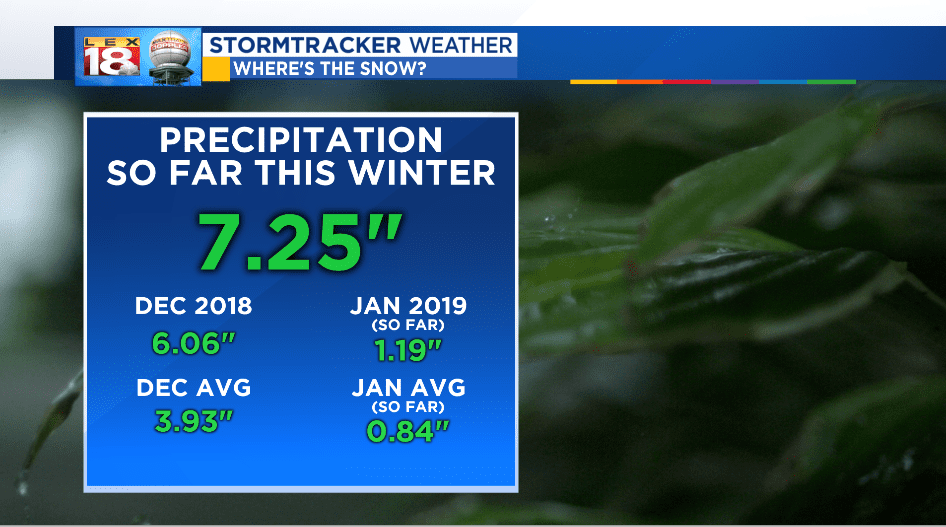 So why all rain, and not a lot of snow. Well, there are a few reasons, but if we look at mean temperatures between the month of December and January so far, it’s really just been too warm. The mean high and low for December were both above 4 degrees compared to normal. This may not seem like much, but when talking normals, it’s quite a bit. So far in January, it’s been relatively warm. We’ve had a lot of high pressure keeping many of the cold storms away from us. As of now, the mean high and low for January both sit 13 degrees above normal. While that sounds impressive, those numbers will certainly fall through the rest of the month; especially with the temperatures we’re getting over the next several days. 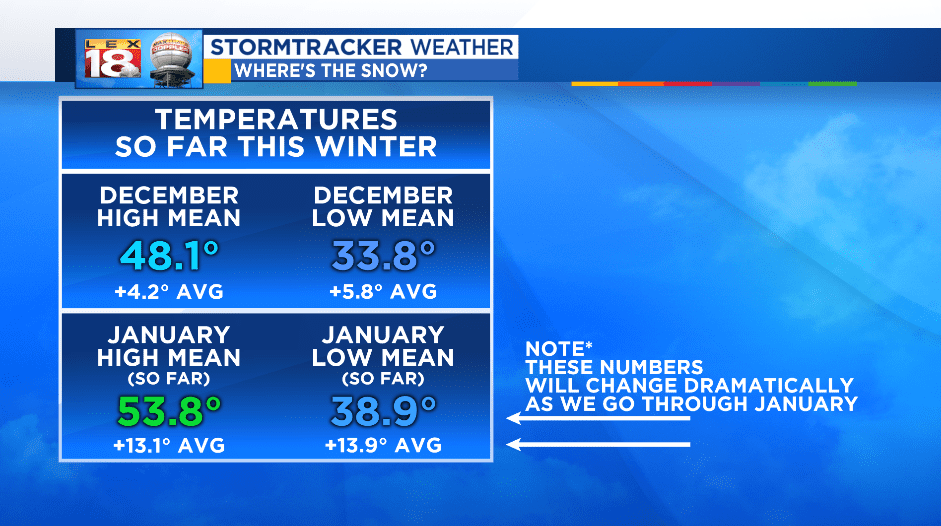 So far, it’s been a wet and mild winter. We’ll have to see what the rest of the season brings.