Well that’s it for the first snow of the new year. Snow arrived around midnight and continued to accumulate through the middle of Saturday morning. Central and eastern Kentucky picked up between one and three inches, as advertised. Lower amounts were reported down south.

This wasn’t the “big one,” and it wasn’t supposed to be. A note for snow lovers, the pattern is loaded the rest of the month into February. We are tracking more cold outbreaks and chances for wintry weather. 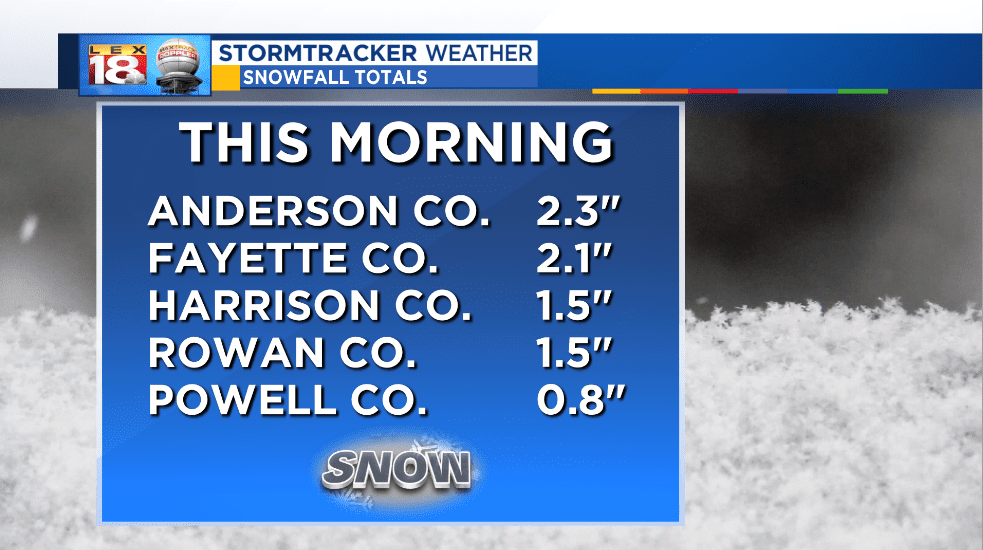 Today’s snow won’t stick around for long. Temperatures rose a few degrees in the mid to upper 30s once the morning snow departed. The next batch of precipitation will arrive later this afternoon. It will be “warm” enough that everything will fall as a cold rain. Yuck! The combination of temperatures that are above-freezing and the rain will melt any remaining snow. 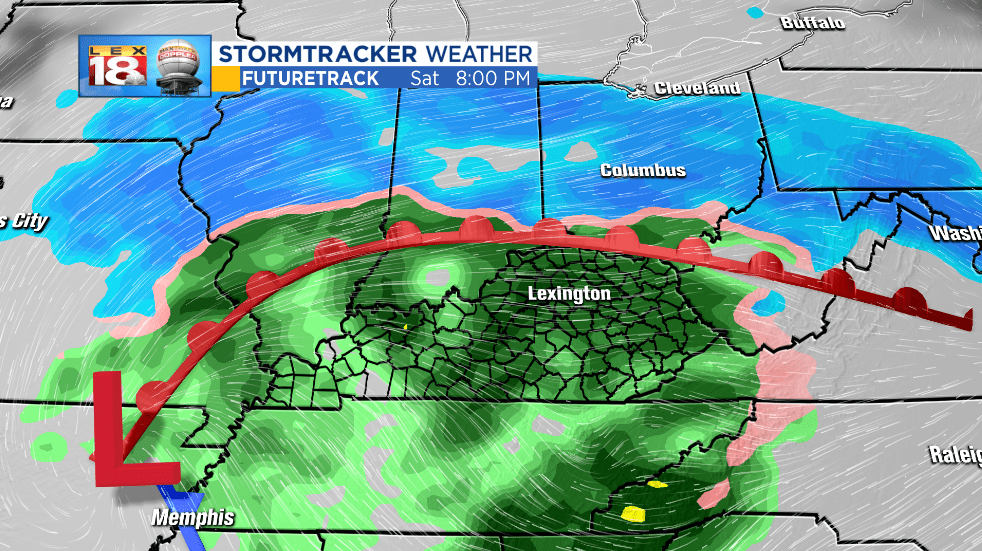 This won’t be just a little bit of cold rain. Widespread rain begins this evening and continues into Sunday afternoon. The center of this winter storm will track across Tennessee tomorrow. Given our close proximity, the rain will just keep coming. Rainfall amounts will be less than inch. That’s enough, especially with the cold temperatures, to make for a yucky, even miserable end of the weekend. 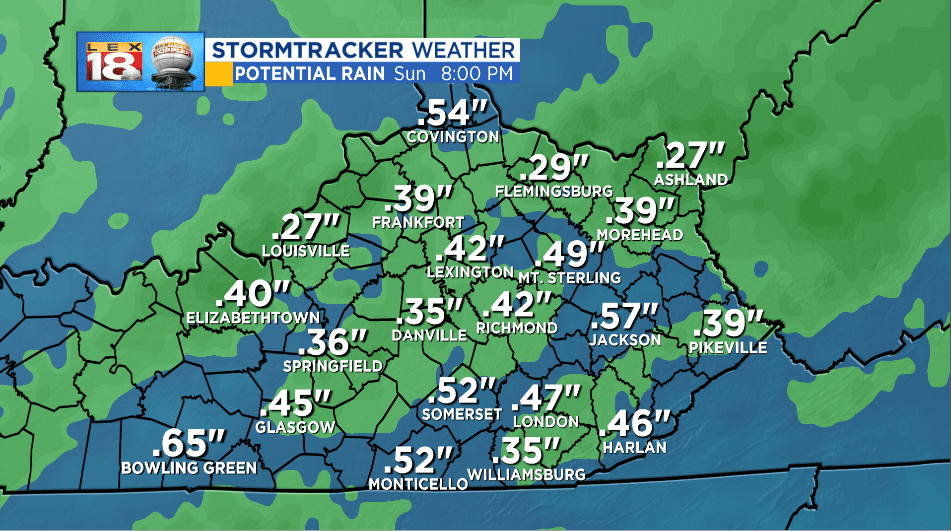