Not all snow is the same. There’s heavy and wet snow that makes things challenging on the roads, but great for the snowman makers. Then there’s dry snow that looks pretty when falling, but that’s pretty much it. The difference is in the moisture content that makes up the flake. When a big snow covers your house, and yard, it may seem like a lot of water was needed to make all that snow, but when you melt it all out, it’s typically not much. This is where snow ratios come into play.

A normal snow to liquid ratio is about 10:1. This means to produce one inch of liquid water you would need to receive 10 inches of snow.

The snow that came in late Friday into Saturday morning was a particularly wet snow. It was great for the snowmen (well…tiny ones at least), and came down heavy. We officially picked up 2.1” of snow at the Blue Grass Airport. The precipitation total for the day was 0.43.” That equals out to a little less than a 5 to 1 snow ratio. 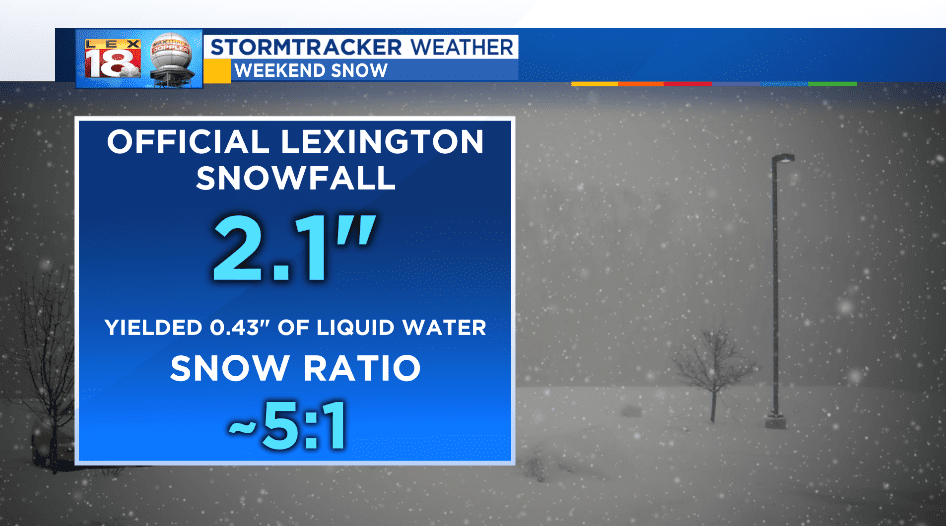 To make this easier to visualize, If it would’ve snowed 5 inches with this winter storm and you melted it down, it would only have produced an inch of water.

There are a few ways to categorize snow and what the snow ratio will typically be with each. 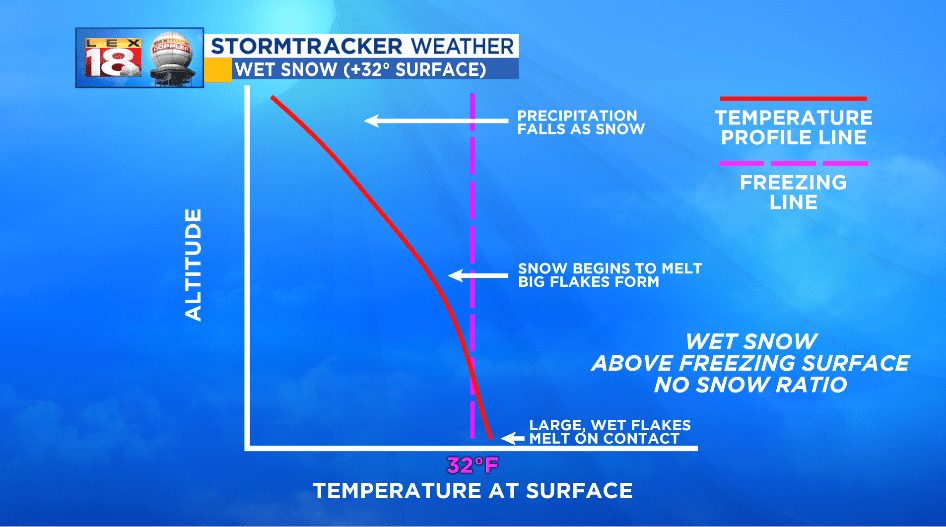 As the snow falls it encounters an atmosphere near, but below the freezing mark. The flakes begin melting as they encounter warmer temperatures. Since water molecules tends to merge together, the flakes grow large. This also means there will be fewer flakes falling close to the surface since they begin sticking together. Since surface temperatures are above freezing, the snow will melt on contact.

Wet Snow With At or Below Freezing Surface Temperatures 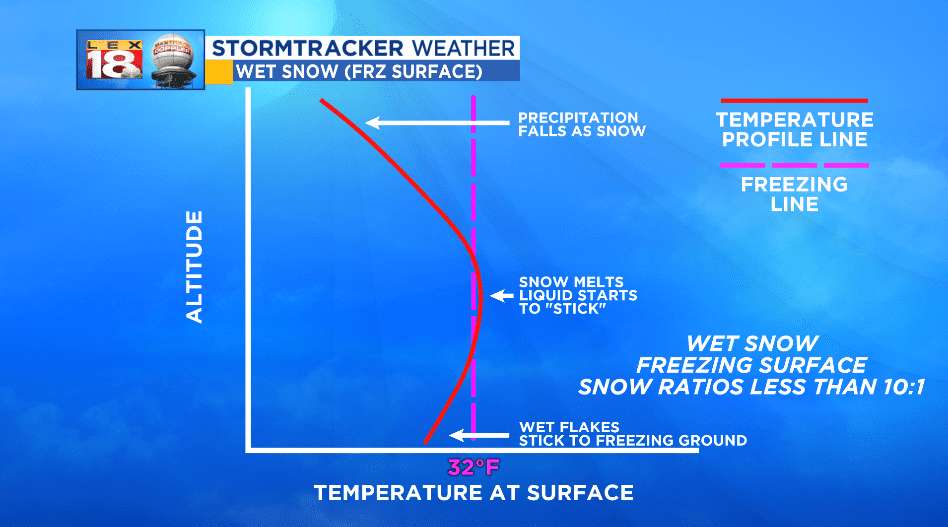 With the same conditions above, but with freezing surface temperatures, the flakes will still grow large and become wet as more of the ice melts. Fewer flakes fall, but as they hit the ground they will stick. This is a wet snow that clumps together well and is perfect for the kiddos who like to build snowmen, snowballs, or forts. This is also the snow that makes driving especially difficult and can produce ice as it melts and refreezes. Snow ratios in this type of snow are typically below the 10:1 norm. You’ll see snow ratios closer to 8:1 or even 5:1, like the snow we had this weekend. 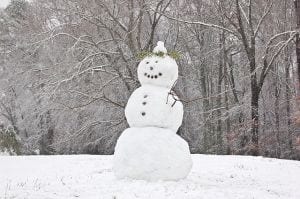 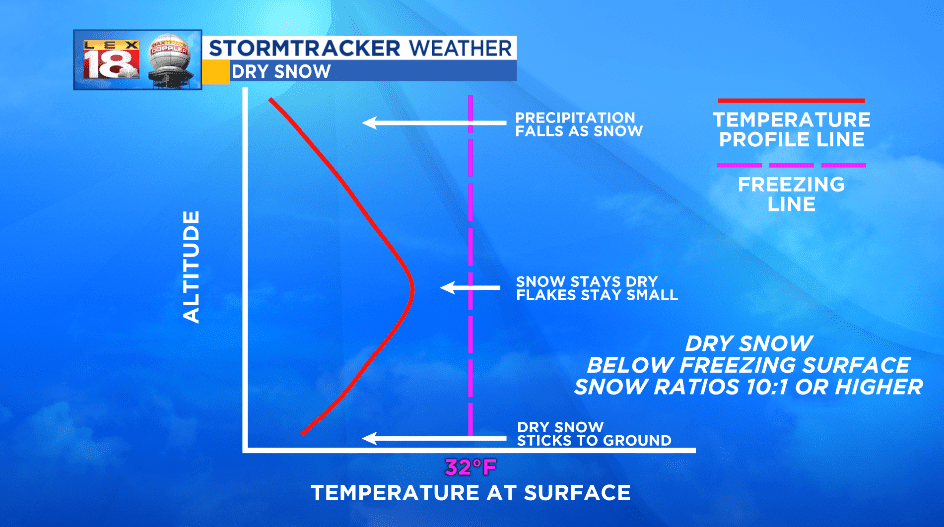 Dry snow is seen in a very cold environment. From the cloud to the ground, the atmosphere is well below freezing and therefore the snow will not melt (or only slightly) as it falls. Since ice is less dense than water, there are more air pockets in the flake. This is what makes dry snow so fluffy. Also, the flake is lighter, which will make it blow around in the wind. That’s what makes a dry snow so nice to look at as it falls to the ground. This type of snow is a little easier to shovel, but is not great for the kiddos wanting to smack each other with it. A dry snow will typically have a ratio of 10:1 or higher.