From Rain to Snow to Brutal Cold

The math and science part of my brain like to keep things simple. When I’m faced with a complex situation, whether it’s a calculus problem or a winter storm, I like to break it up into smaller bites. You can divide this weekend’s winter storm into three phases – there was the rain earlier today (phase 1), the accumulating snow that is to come overnight (phase 2), and the bone-chilling cold that awaits us on the other side (phase 3). 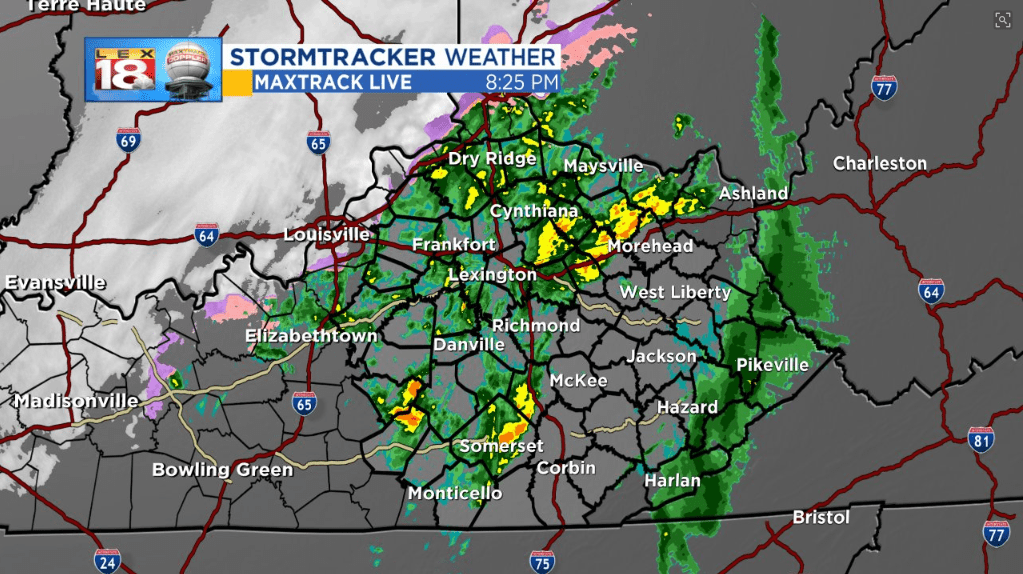 Wintry precipitation aside, we saw a good amount of rain today. South-central Kentucky picked up over an inch and a half of rain. Lexington had almost an inch of rain in the gauge by 8 PM. High water concerns popped up in eastern Kentucky following an afternoon of heavy rain. Standing water is going to cause more problems as the freeze settles in. 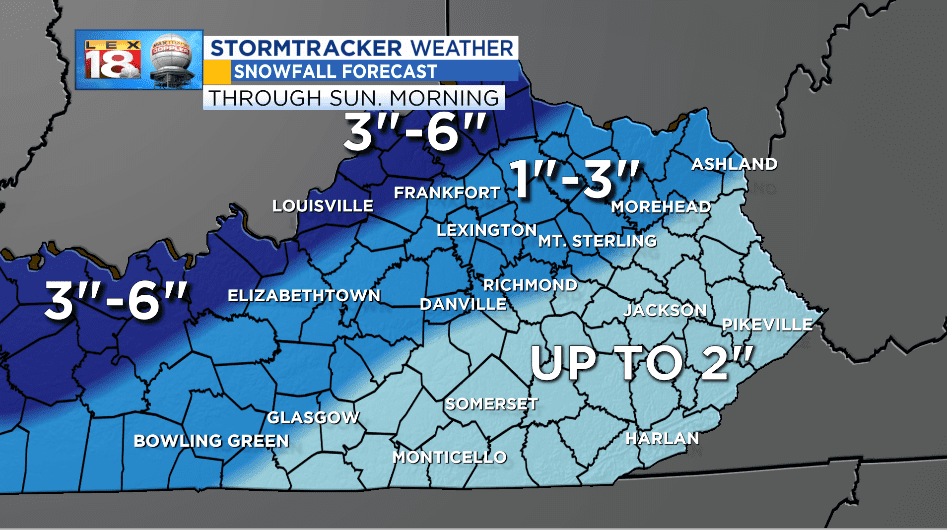 Once the change over to snow occur conditions will deteriorate quickly. Huge snowflakes with intense snow rates will be possible initially. What that means it big, fat flakes will quickly accumulate. The freezing of wet surfaces will create a nice surface for the snow to start sticking.

It won’t just the snowfall rates that will be worsen conditions. It will also be the windy. A strong northwest wind will be sustained 15 to 25 mph, and gust up to 40 mph tonight. Blowing snow will reduce visibility even more. Near whiteout conditions may develop.

It’s best just to stay off the roads until later tomorrow morning. Let the road crews do their job. The rain earlier today didn’t allow for any pre-treating. Crews will be battling a lot tonight. Stay home, it will help everyone out. If you must venture out, be smart. Slow down, follow at a greater distance, and break sooner. 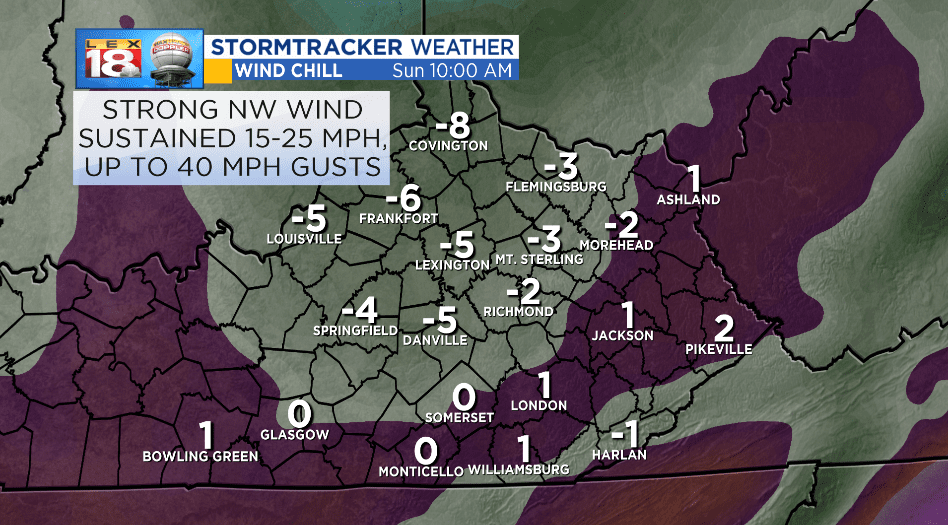 The wintry precipitation is an important element, but the bone-chilling cold will be a story that we will track for a days. The transition to snow will be initiated by an Arctic air mass. Temperatures will plummet into the teens overnight. (We were in the low 50s this afternoon.) The wind will also be howling. You will wake-up to snow on the ground and sub-zero wind chills tomorrow. We are tracking feels-like temperatures near 0° even into the afternoon. Eventually the wind will relax Sunday night, which is good and bad. Good – the wind chill won’t be a harsh. Bad – the wind chill and the air temperature will be the same. An Arctic air mass + snow on the ground + clearing skies + a light wind = a very cold night. So cold that lows will be in the single digits Monday morning.