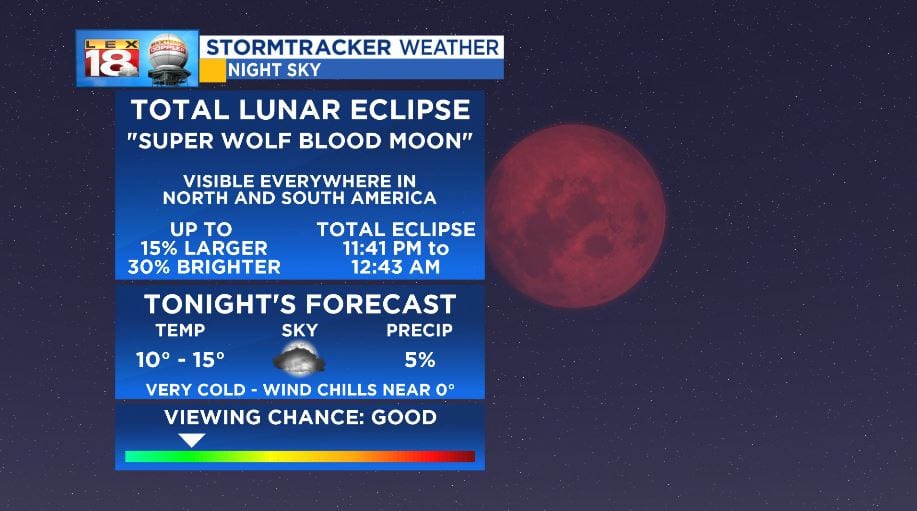 We’re wrapping up our winter weather weekend with a wonderful astronomical event! A total lunar eclipse is happening tonight and we’re in luck; sky conditions will be favorable for the only total lunar eclipse of 2019. Overnight, you’ll get a chance to see the full moon turn a red/rust color. This eclipse, in particular, has a few interesting names to go along with it. Below, I answer the most asked questions with this lunar event.

When will the “Super Wolf Blood Moon” occur and will we be able to see it? 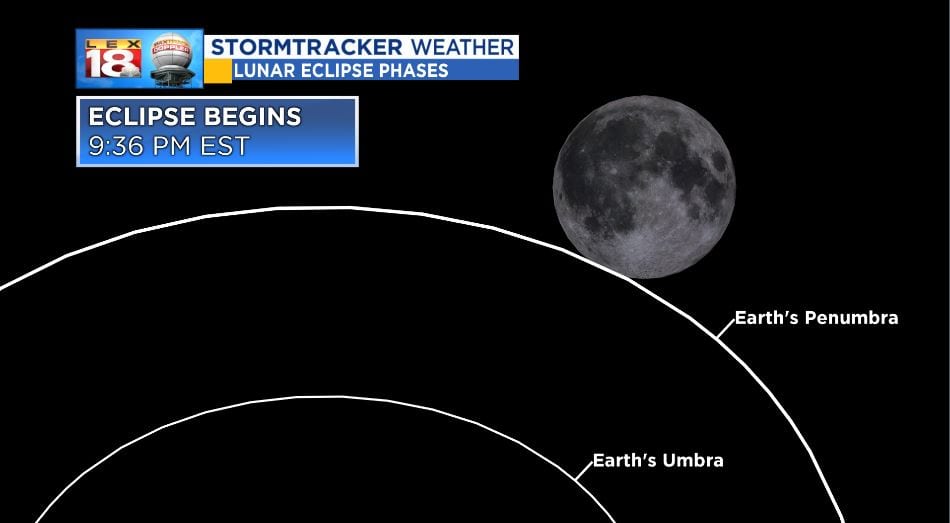 During this stage, the moon is passing into the penumbra and will begin to darken while taking on a pale and darkened gray color. 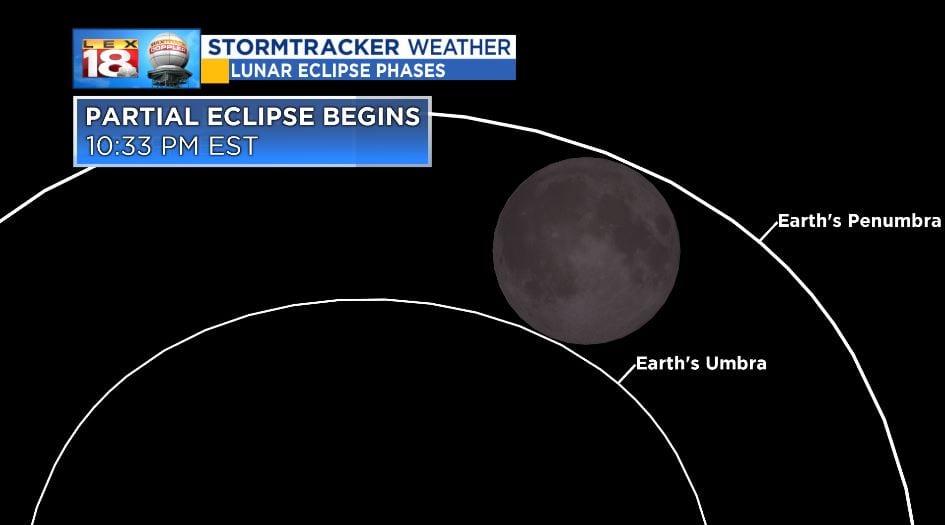 At this stage, the moon begins passing through the umbra and will darken at first. Once the moon gets to a certain point, the reddish color will begin to show. This will happen around 11:30 pm. 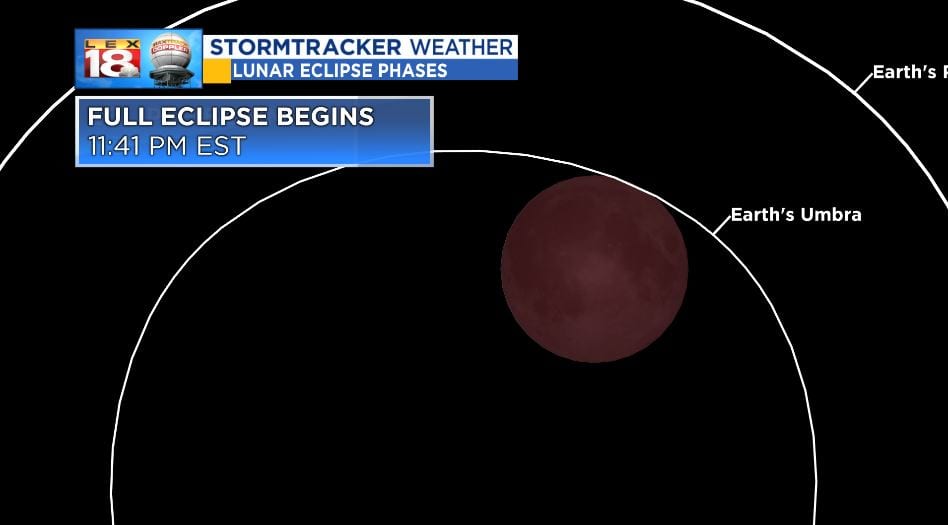 This is when the moon has completely passed into the earths umbra shadow. The moon will still be dark, but the reddish, color will cover the entire moon. 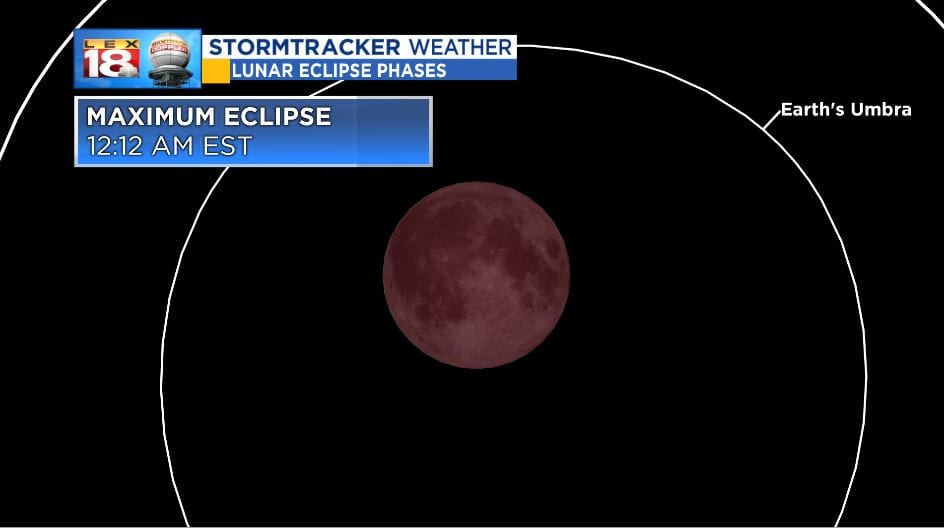 Once the moon has reached this point, it is at it’s central point in the earth’s umbra shadow. This will be the time you’ll best see the red color. 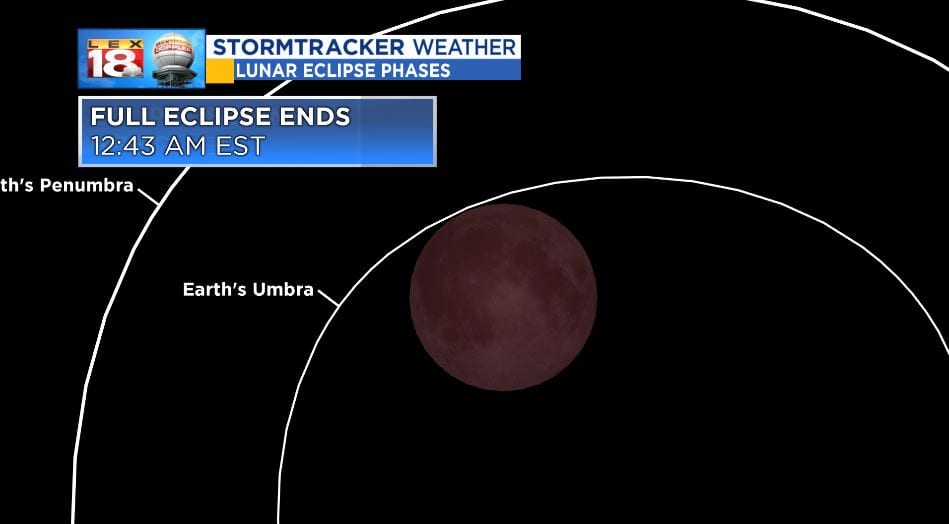 At this point, the moon will start to leave the umbra and move into the opposite side of the penumbra shadow. As it does, the gray color will return, but will be faint. 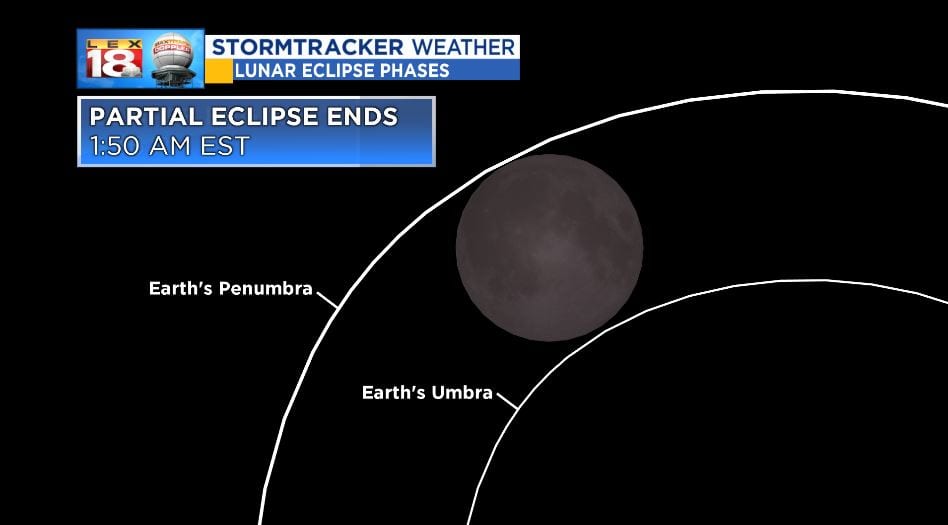 When the partial eclipse ends, the moon is passing out of the penumbra shadow. The moon will begin to brighten and gain backs it’s whiter-gray color. 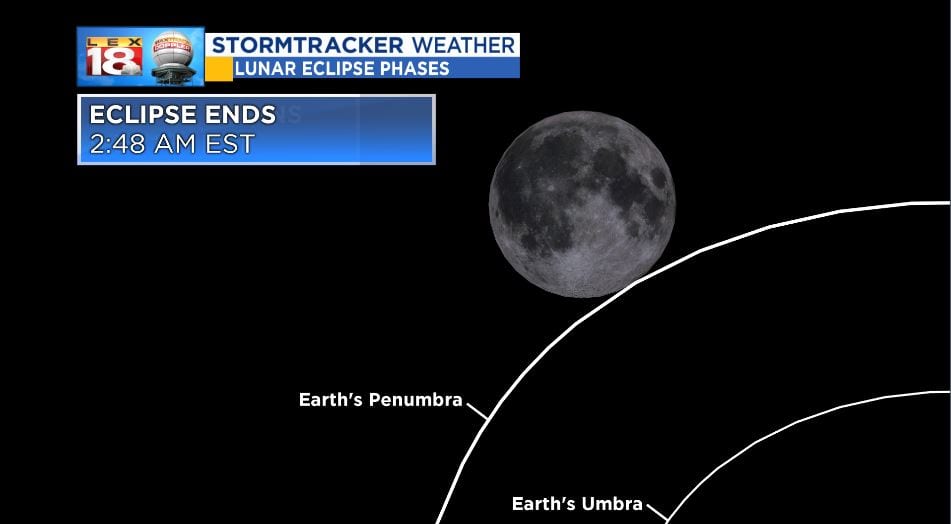 At this point, the moon is entirely outside of the earths shadow.

What will the weather be like during the lunar eclipse?

Cold! Very cold! The good news is, skies will begin clearing this afternoon and that will give us mostly prime viewing for the lunar eclipse event tonight. Temperatures will range between 10 and 13 degrees during the eclipse and wind chills will run near or below 0 degrees. If you plan to go outdoors to watch the eclipse, bundle up and cover all exposed skin. Standing outside in the cold for too long could cause frostbite.

What is a “Supermoon?”

Supermoon is a term that’s given to the moon when it’s full or new during the perigee stage. Perigee is when the moon is closest to the earth during it’s elliptical orbit. This phenomenon results in a slightly larger, and brighter moon appearance, when the phase is full. The moon can be as much as 15% bigger and 30% brighter.

Why is it called the “Wolf Moon”

Back in ancient times, before standard calendars were followed, our ancestors used lunar phases to mark the passage of time. Over time, they found that there were approximately 13 full moon cycles before conditions were the same (which meant a year had passed). Therefore, names were assigned to moons in order to understand what time of the year it was. The “wolf moon” was the name given to the full moon in what we now know as January. The wolf name was likely given because in the dead of winter, wolves would howl hungrily outside of the villages of the Native Americans.

What is a “Blood Moon” and does the Moon actually turn red?

No, the moon does not actually turn red. Instead, the light bending around the earth, through our atmosphere projects a reddish, rust-colored hue on the surface of the moon facing us. 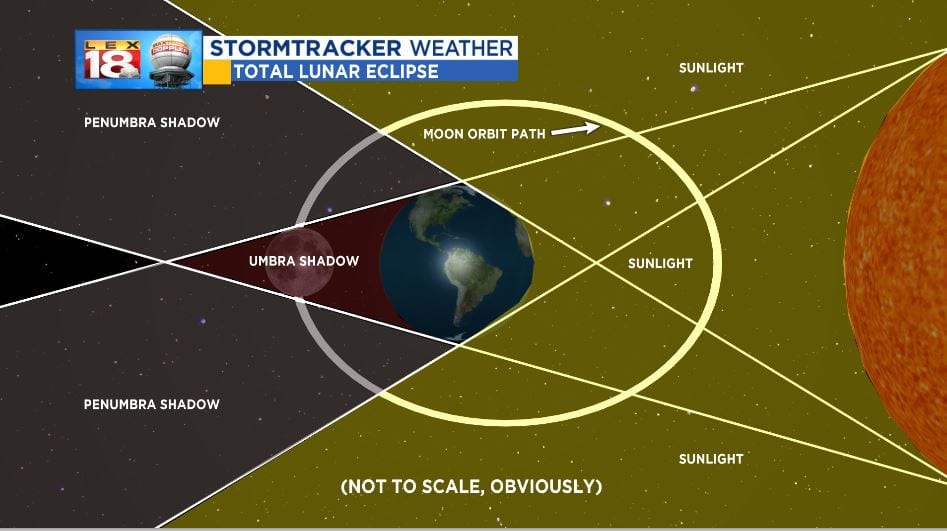 When is the next Lunar Eclipse?

This will be the last total lunar eclipse completely viewable in the United States until the year 2022.