Another winter storm is shaping up across the plains today and within a few more hours, we’re going to be seeing the first rounds of precipitation in our region from it. The good news with this system is the warmer air we’re able to work with will make it primarily a rain event. That being said, there are some winter weather concerns. 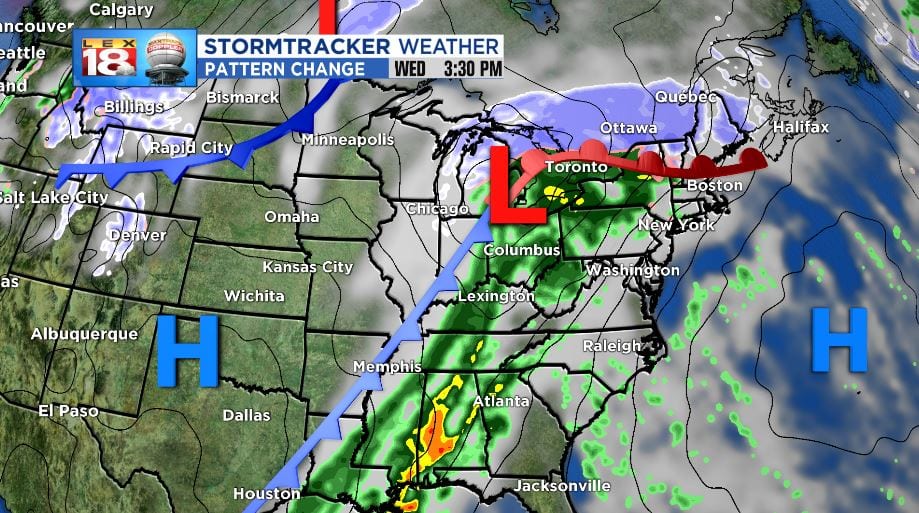 Timing of the rain will arrive early tomorrow morning for the Bluegrass and then through the mid morning for southern and eastern counties. Rain will be light to moderate with scattered pods of heavy, especially towards the evening hours. 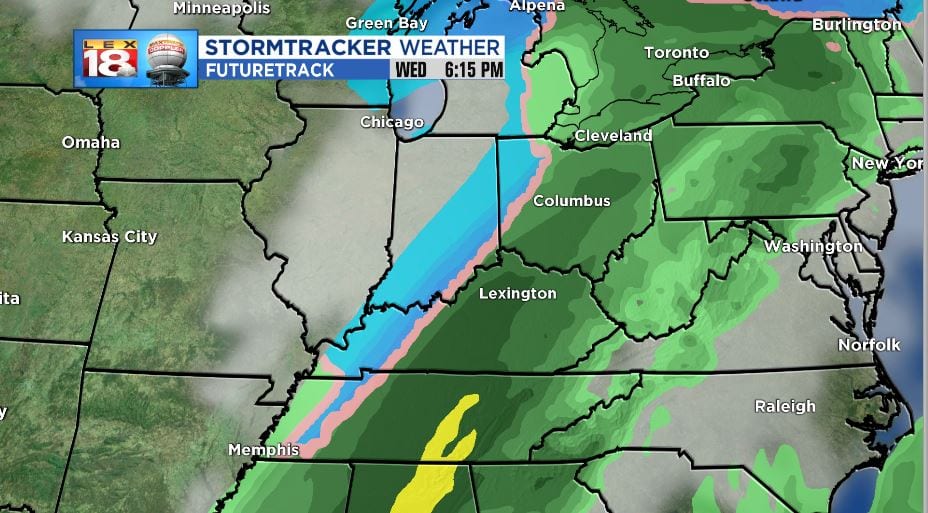 As we move into the overnight period, temperatures will cool on the back edge of the cold front. As they get down near freezing rain will begin mixing with snow and a brief glancing shot of snow will move through. Snow will be the only form of precipitation early Thursday morning for the Bluegrass, however the rain snow changeover will still be occurring in the eastern counties. 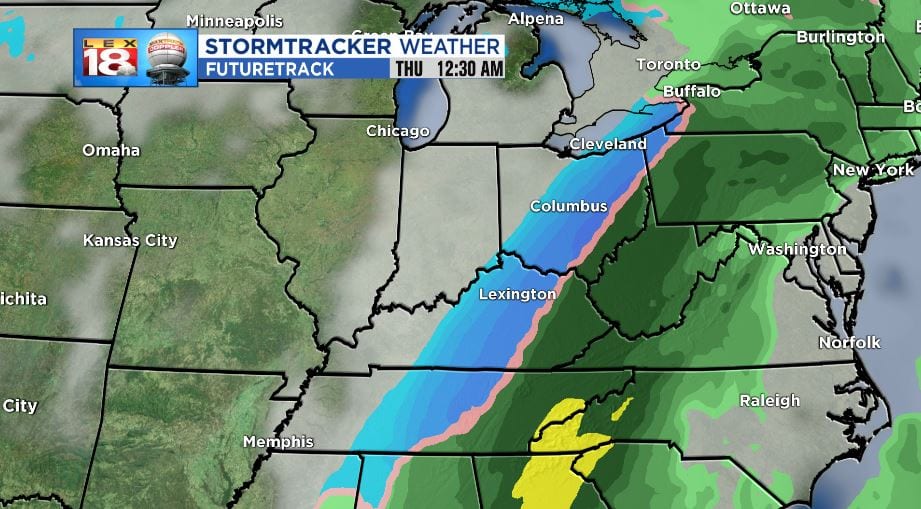 Eventually, all turns to snow and will drop some over eastern counties before exiting the state in the late morning to about noon. 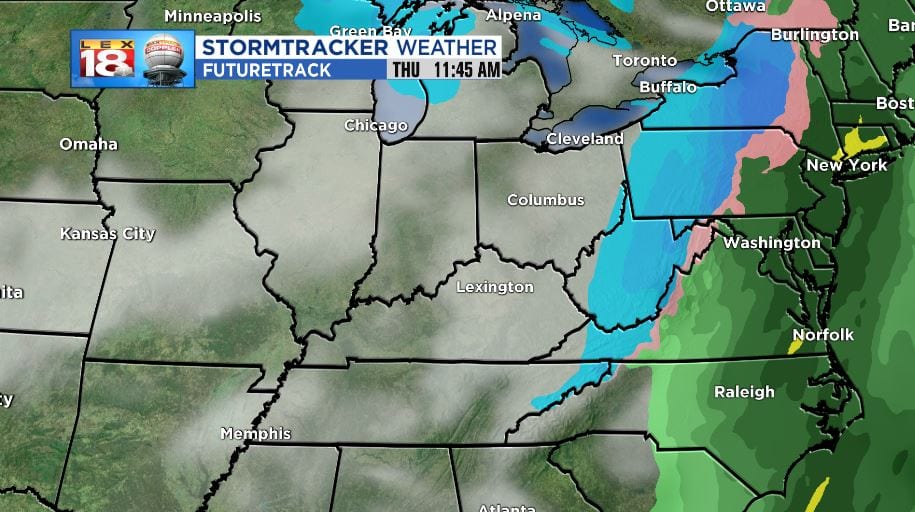 Due to precipitation being primarily rain amounts will run in the 1” to 2” range for all counties in the forecast region. Heavy rain spots may cause minor flooding, especially due to the amount of rain we’ve had recently. 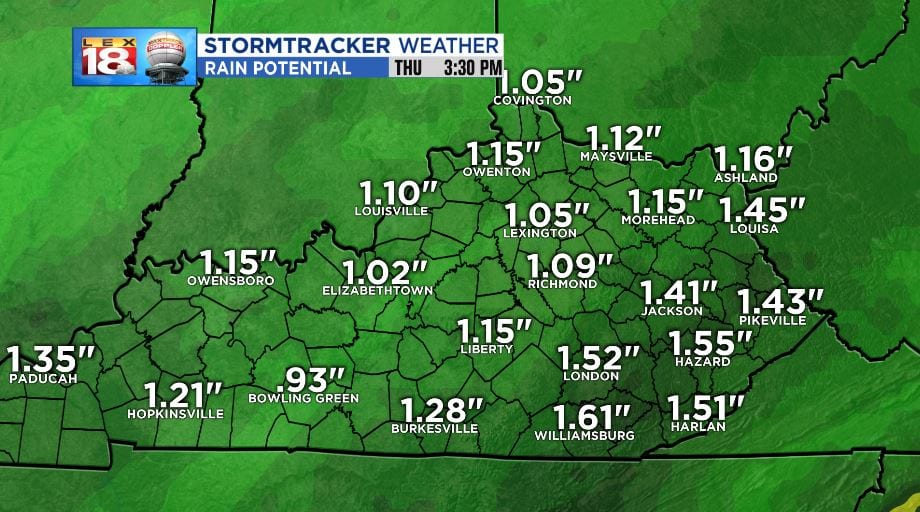 Snow will be on the minor end. Most of the forecast region will fall into the trace to 1” range. A few spots east of I-75 and south of I-64 will have a chance to see up to 2.” most snow will melt on contact with the roads, but icy and slushy spots are possible. Bridges, overpasses, turn lanes, rural and low priority roads will collect snow first. 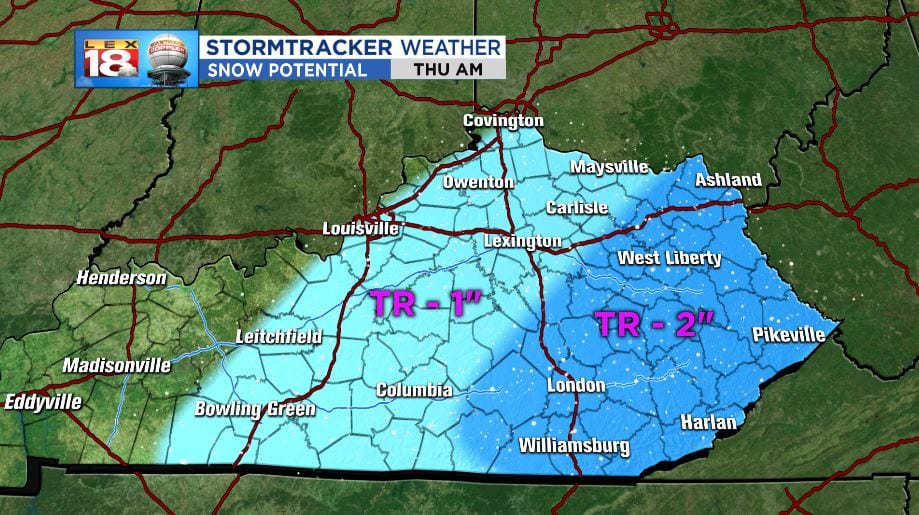 Temperatures will cool quiet a bit after the passage of the front. We’re right back to highs in the low 30s and upper 20s through the weekend. The end of the week and most of the weekend will be dry. 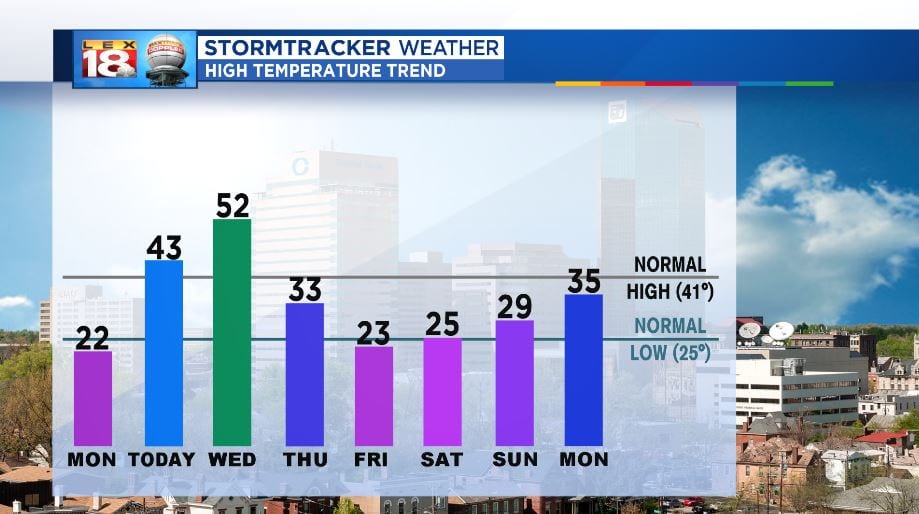