One Storm Will Bring Big Changes

We’ve been in a pattern set up for a few days where the jet stream aims clippers right at the Midwest causing us to get small round of precipitation. It was only a matter of time before a stronger storm system joined the parade. That stronger winter storm will be sliding down into the states today and will be with us Monday and Tuesday bringing big changes in a short amount of time. 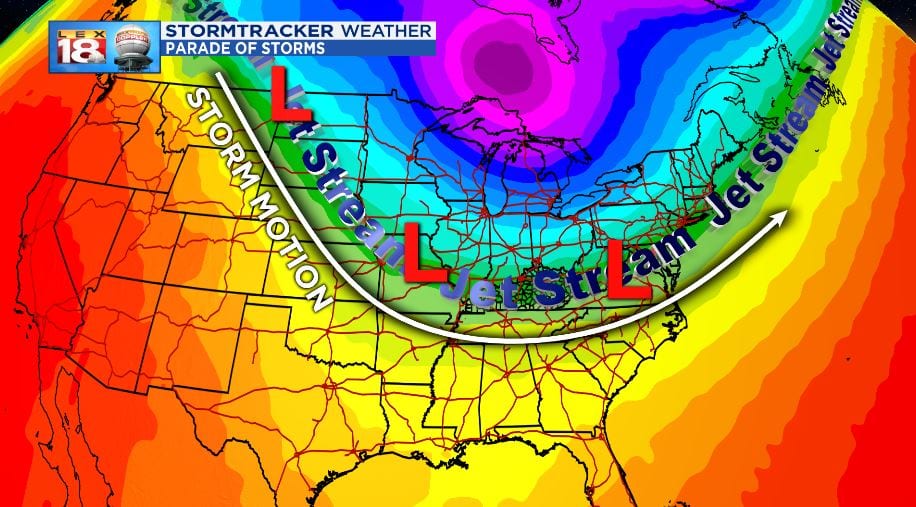 A Big Warm Up

Due to the strength of the low, the nature of winds will be gusty as the cold front approaches us. Therefore Monday, you can expect a mild and breezy afternoon. Winds will crank up through the late morning and early afternoon. Temperatures will rise from the upper 20s into the low 50s even as clouds start to increase.

As the cold front passes, enough moisture will be in place to drop rain, mix, and snow showers. The key will be timing. As the front passes and temperatures drop to and below freezing, the transition from rain to snow will begin.

Timing on the rain will be late Monday evening. Clouds will increase through the day and the first rain showers will arrive after the sun goes down. 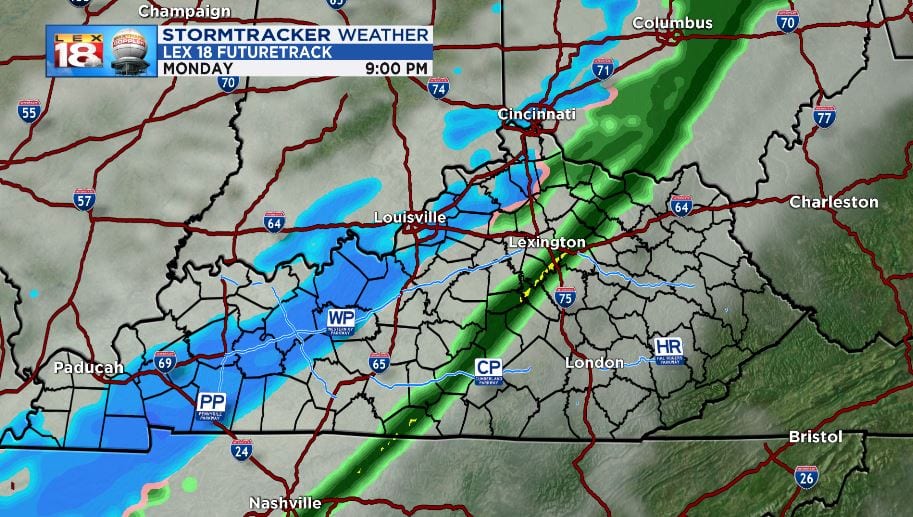 Temperatures will begin to reach freezing around midnight and the transition will begin around then. A brief rain/snow mix line will move through before all precipitation turns over to snow. 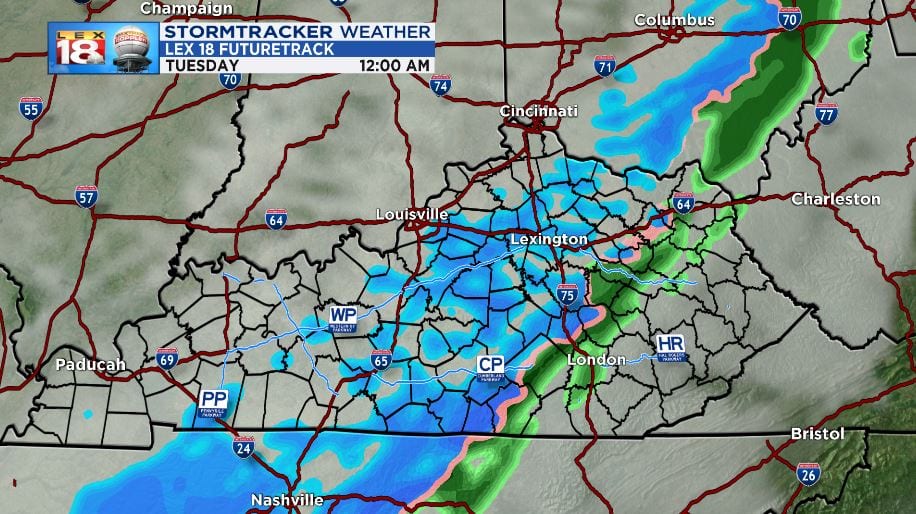 After midnight snow will continue to fall and will do so through much of the Morning Tuesday. Higher snowfall rates are expected in counties east of I-75, which is where the higher amounts will fall. 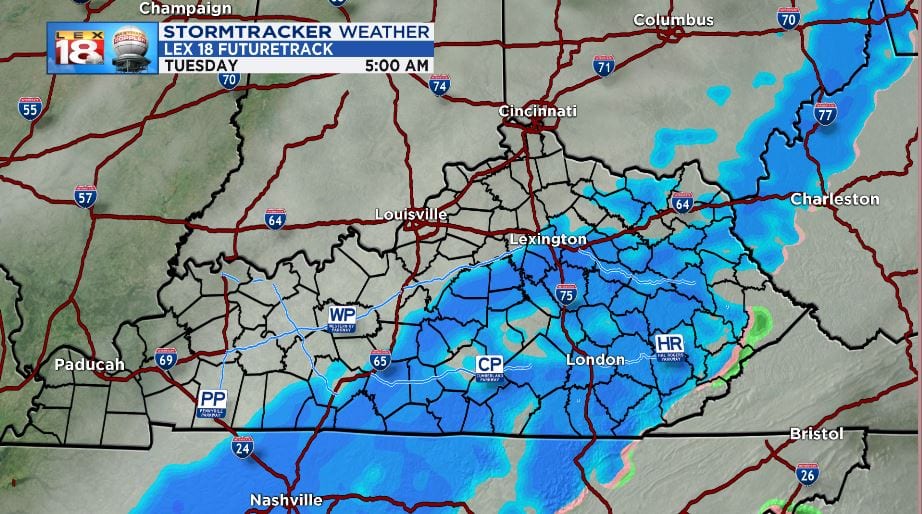 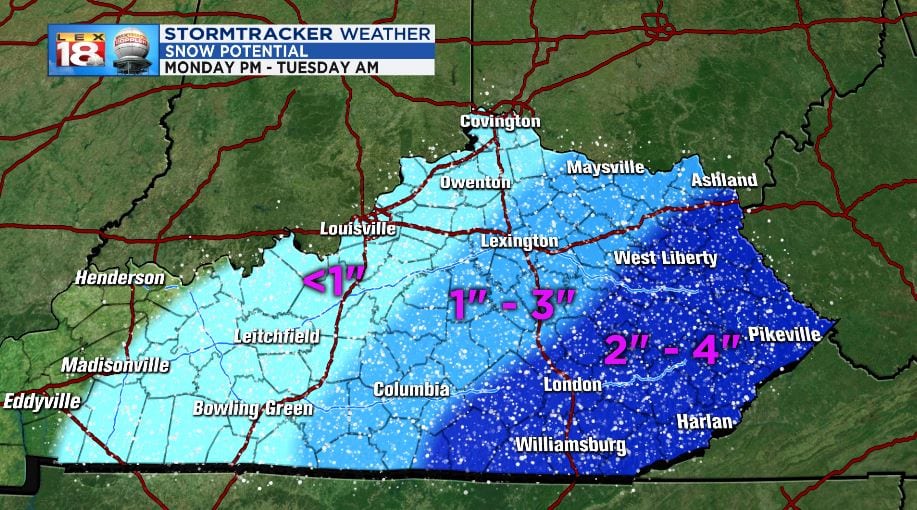 Regardless of the amounts of snow, hazardous driving conditions will be likely starting early Tuesday morning and lasting through at least Wednesday.

After the passage of the cold front and snow, a very cold Canadian air mass will slide in. This will be the coldest air of the season so far, and could be the coldest we get all season. That remains to be seen. Still, expect temperatures to plummet Tuesday and continue to drop through Thursday. Afternoon highs will drop into the teens Wednesday and Thursday with morning lows hovering right around 0 or even a little below. Keep in mind, even a light wind will make wind chills reach the negative teens. Bundle up and cover up weather for the end of the work week. 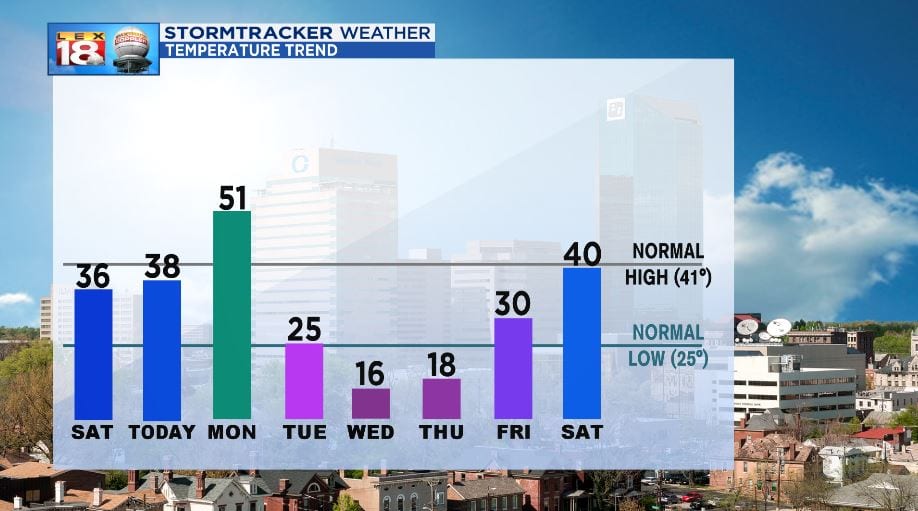 Have the FREE StormTracker Weather app downloaded to keep ahead of the incoming winter storm. You’ll be able to see where the snow is on the MaxTrack Live Doppler Radar as it moves in Tuesday morning.