What is the Polar Vortex?

In 2014 the polar vortex became a social media sensation. Extremely cold air enveloped the eastern half of the United States. Frequent bursts of snow swept across this part of the country. And wind chills were bone-chilling to say the least. Similar outbreaks occurred in 1989, 1985, 1982, and 1977.

Not all cold outbreaks are created equal. There is only phenomenon that is brutal and frigid enough to drop temperatures to 30°F in the Upper Midwest. That’s the polar vortex.

The polar vortex isn’t a new feature or just a trendy term. It is a large area of brutally cold air and wind that is swirling around a polar low pressure center near the North Pole. The vortex is ALWAYS there – it is weaker in the Northern Hemisphere during the summer and strengthens through the winter month. This is part of what keeps the North Pole cold all year round. 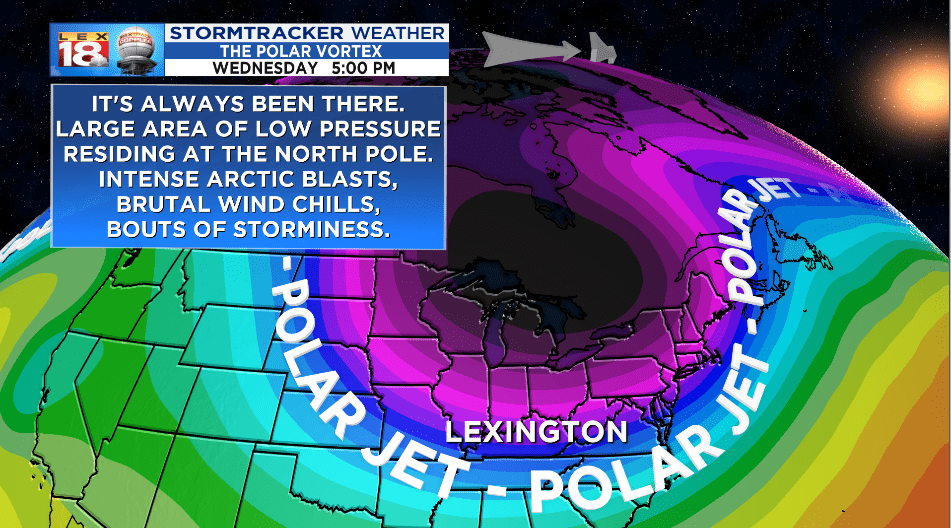 The jet stream holds the polar vortex and its broad region of Arctic air in place. During the winter when a strong low pressure system contorts the jet stream and causes it to buckle, it can dislodge the polar vortex – or at least part of it – and force the very cold air south. How cold it gets depends on how much of vortex breaks off and how far south it goes. A deep temperature dive can last for multiple days. 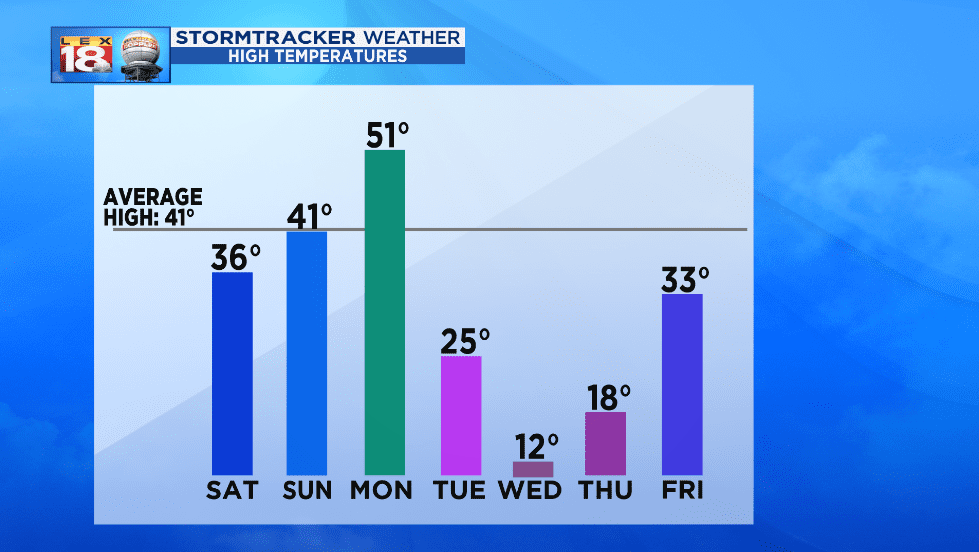 Our next go-around with the polar vortex will come during the middle of this week. A lobe of the vortex will settle across the western Great Lakes. Cities like Chicago, Milwaukee, and Minneapolis are bracing for AIR temperatures that will be some 30 degrees below zero at night and maybe close to zero during the day. Wind chills could be as low as 50 degrees below zero. That’s dangerously cold!

It won’t be that cold for us in Kentucky. (Thank heavens!) But the polar vortex will usher in the coldest air of the season, and some of the coldest temperatures that we have seen in the last five years. Temperatures will fall below freezing before midnight Tuesday and won’t climb back above that mark until at least Friday afternoon. In the meantime we are tracking highs in the teens and 20s. 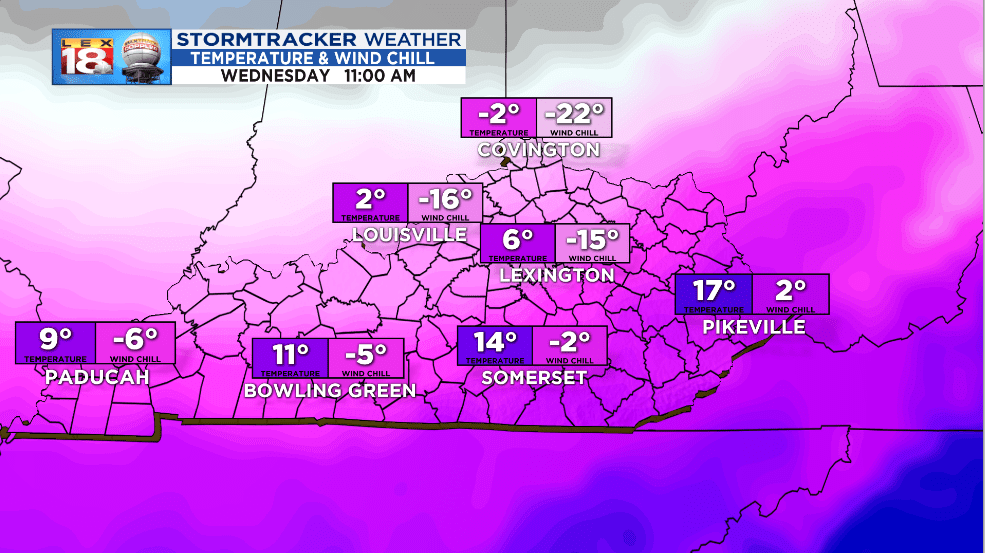 The coldest part of this intense cold snap will come Wednesday through Thursday morning. Wednesday’s high will only reach the lower teens. As skies start to clear overnight, temperatures will drop below zero by Thursday morning. Wind chills will be numbing during this stretch too. Feels-like temperatures could be as cold as 15 to 20 degrees below zero Wednesday. A wind chill advisory may need to be issued for the height of this brutal cold.

While the cold will headline the forecast later this week, there will also be passing shots of flurries and light snow during the “reign” of the polar vortex. A weak system will glide through Wednesday morning with more light snow on Friday.