The incoming winter storm is already moving in rain showers for West Kentucky and will be in our forecast area shortly. The rain and snow line set to move in is fairly thin, meaning amounts for all types of precipitation will be minor. Still, slippery commutes are expected Tuesday and roads could become hazardous. 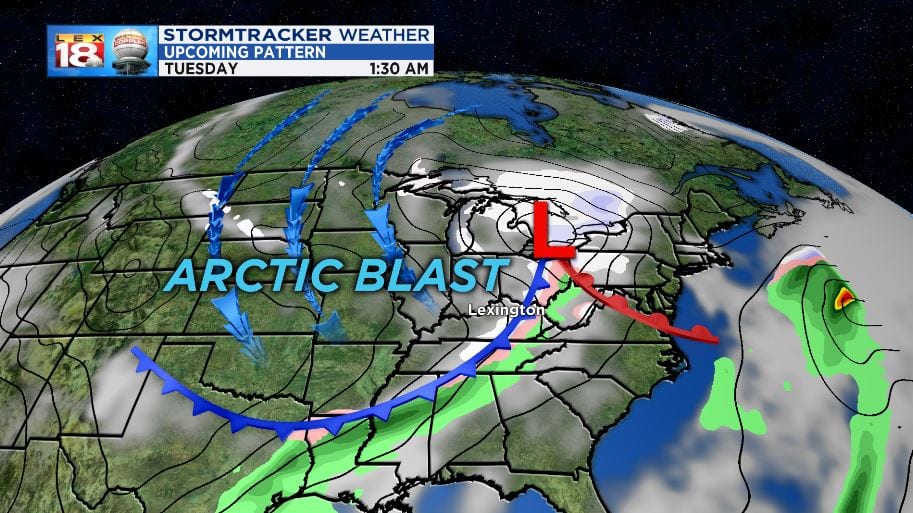 Timing on the rain will be this evening for the Bluegrass and overnight for the south and eastern counties. Rain will quickly transition over to snow as the front continues to push east, so the chance for freezing precipitation is minimal. 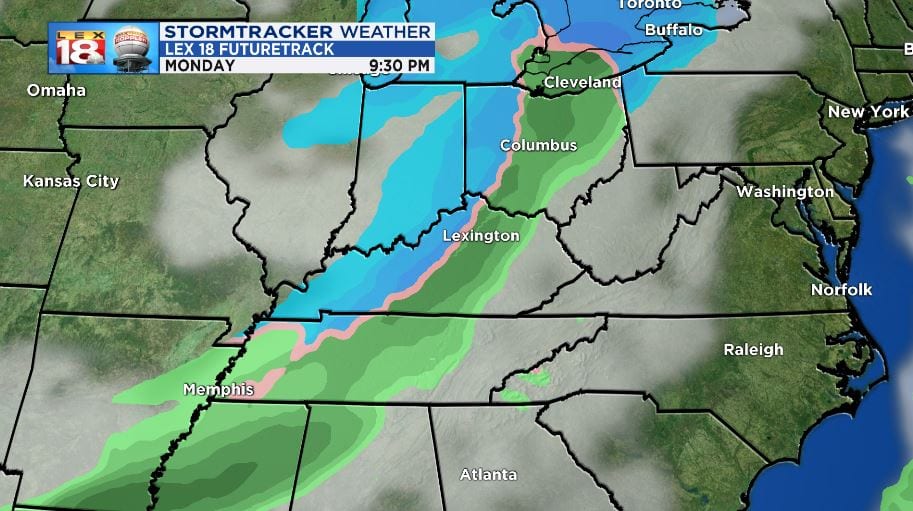 Overnight into Tuesday snow will begin to fall for the Bluegrass. Showers will be light to moderate at times.

As we move into tomorrow morning, southern and eastern counties are starting to get snow falling. The snow will already be wrapping up for the Bluegrass, but quick freezing is expected. Whatever falls on the roads and melts will have a chance to freeze quickly. 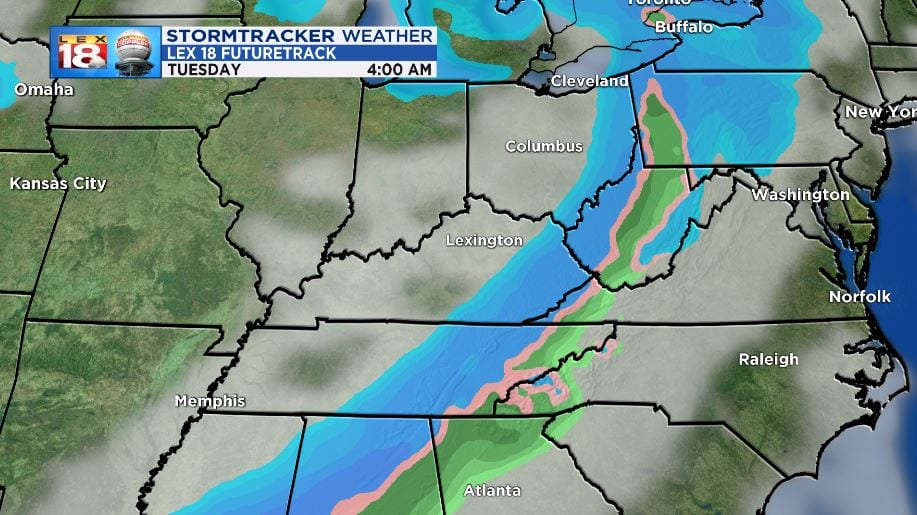 By the late morning, snow rates will be slowing for eastern Kentucky and the event will be winding down.

Due to the thin line of precipitation, snow amounts are trending down. That’s good news for us. We’re looking at less than 1” for Bluegrass counties. The further south or east you live, the higher amounts of snow you can expect. 1” to 2” is possible for most in the southeast. Up to 3” is possible on the higher terrain locations. 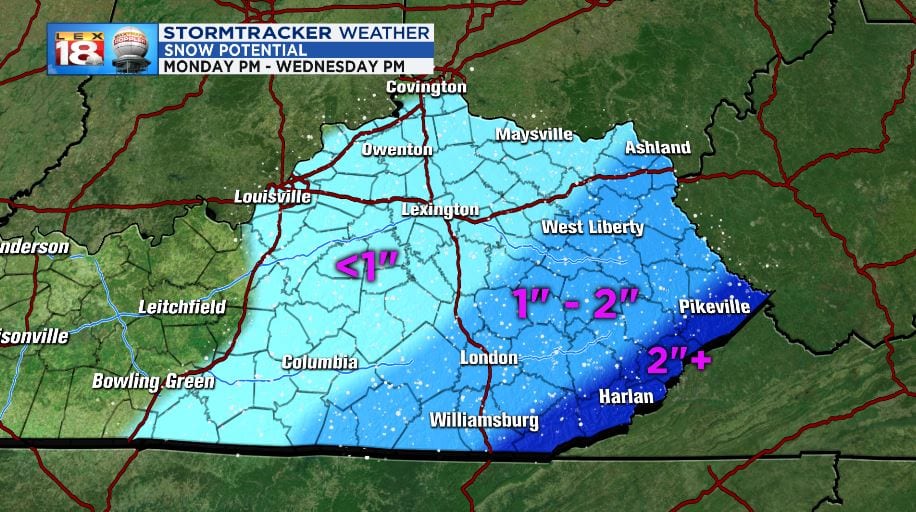 This is why the WINTER WEATHER ADVISORY is in effect for southern and eastern counties. This advisory will be in effect until Tuesday afternoon. Roads will be slushy and slippery through all of Tuesday, and icy beyond that. 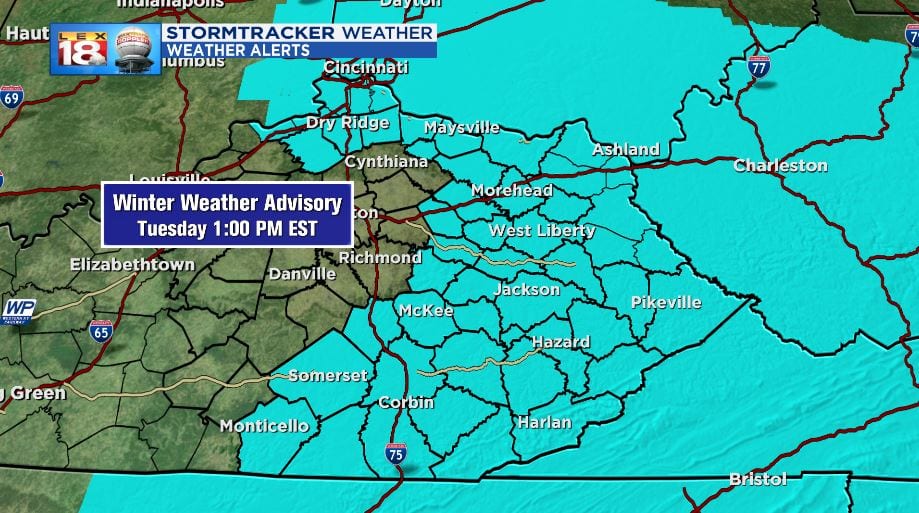 The StormTracker Winter Threat Index will be a ONE or SLIGHT for counties inside of the Winter Weather Advisory. Residents in these counties will need to keep an eye on the snow and roads through Tuesday afternoon.

The biggest issue with this storm has always been, and continues to be the cold air that is expected behind it. A series of arctic fronts will pull air down from Canada which will pull out temperatures down nearly 40 degrees in just a couple of days. We will remain below 20 degrees from Late Tuesday night through Friday morning. 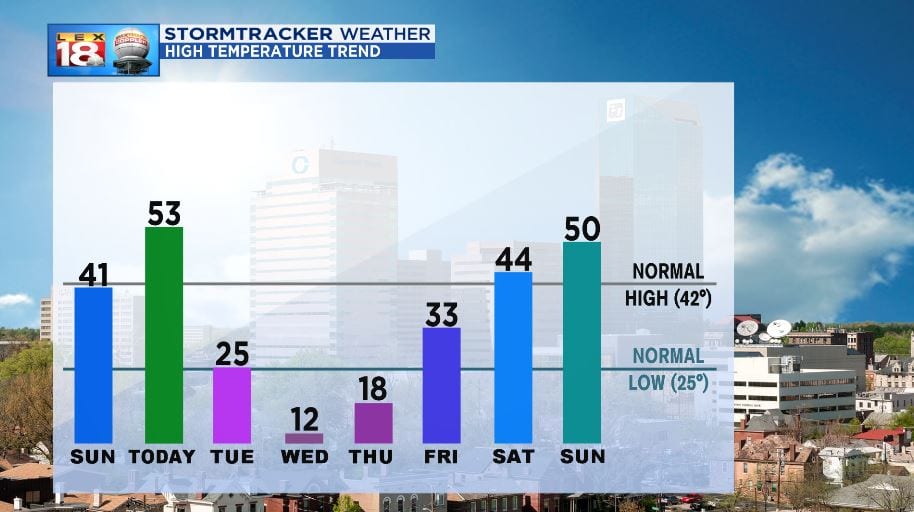 To go along with the bitter cold will be rounds of wind. As the wind remains gusty at times the next few days, wind chills will have a chance to drop. We’re expecting negative-value wind chills Tuesday, Wednesday, and possibly Thursday morning. Wind chills will dip into the negative teens for Wednesday morning. 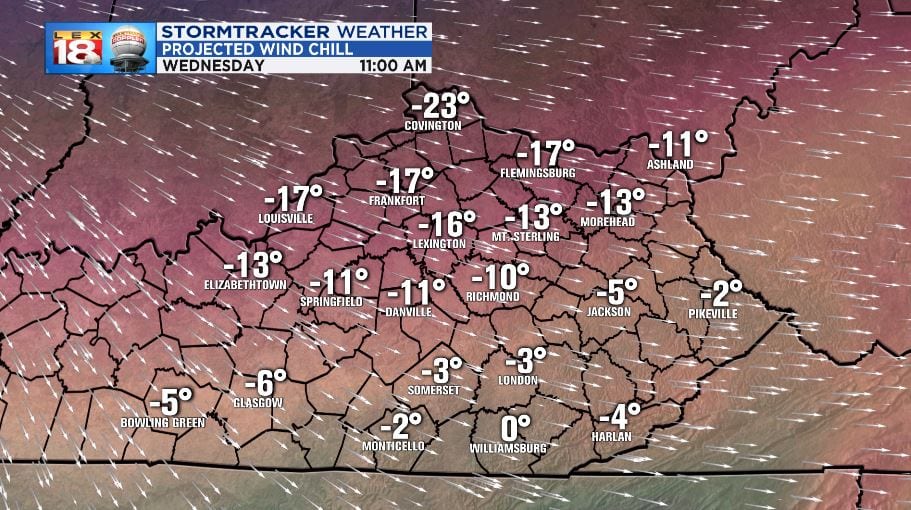 This is when you need to not only “bundle up” but also “cover up.” Wind chills this cold can lead to frostbite on exposed skin if left uncovered for long periods of time. Remember to bring pets indoors and remember to check on the elderly.The cold will moderate this coming weekend and we get milder. Until then, prep for intense cold this week.