A Change in Regime

We have made it through the worst of this intense cold snap. The polar vortex is easing its grasp on the eastern US. Temperatures are already starting the “warm” up. Friday’s high temperatures will be above freezing for the first time since Monday in Lexington. 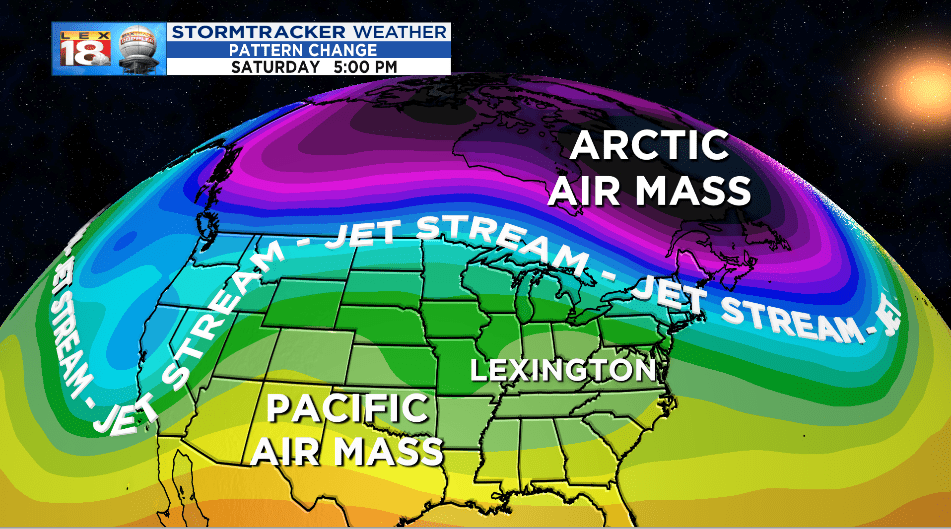 A change in regime will occur this weekend. The Arctic air from the polar vortex is packing its bag and heading back where it belongs up north. A Pacific air mass will take its place. That means warmer, even unseasonably warm temperatures on the coming days. 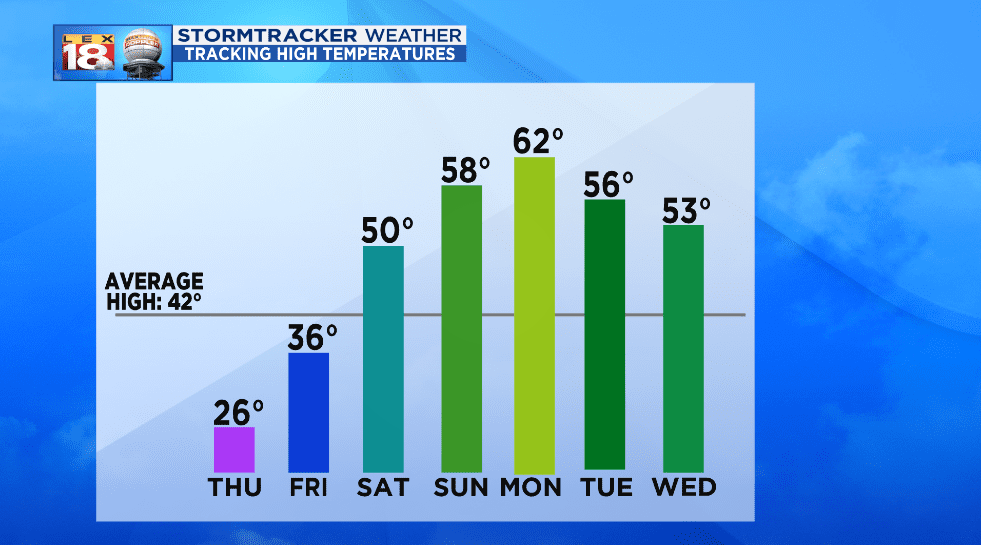 After climbing above freezing and into the mid 30s to lower 40s today, highs will be in the 50s this weekend. It’s going to feel balmy, even spring-like. We’ll go from 15-degrees below-normal on Thursday to almost 20-degrees above-normal by Sunday. And the warming trend doesn’t stop there. 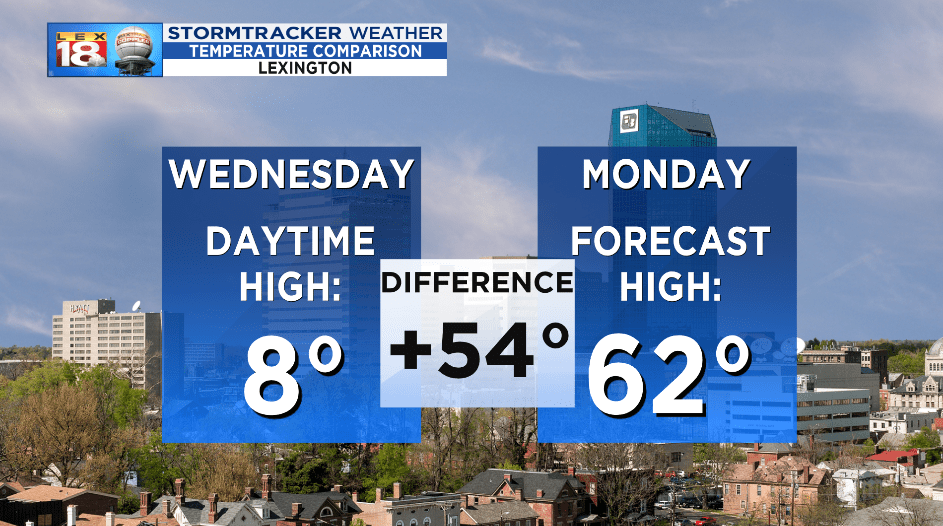 During the day on Wednesday, when we were in the coldest part of the Arctic invasion, daytime temperatures were in the single digits with wind chills as low as 15 degrees below zero. Temperatures will surge into the lower 60s by Monday. That’s a 54-degree difference! (An even greater difference if you consider the feels-like temperatures.)