How Accurate is Punxsutawney Phil? 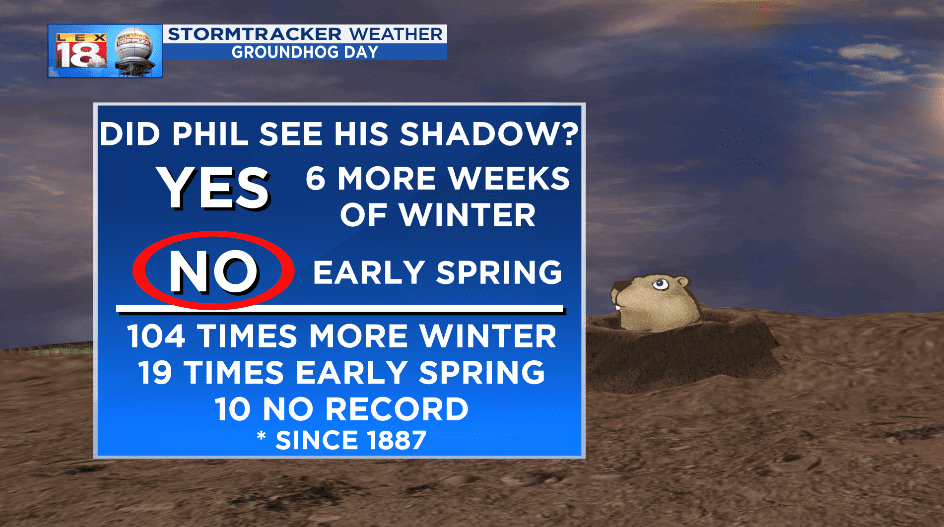 This is only the 19th time since 1887 that Phil has predicted an early spring. The last time he didn’t see his shadow was in 2016.

We joke that you can’t trust a groundhog’s forecasting skills. And for good reason. Over the past ten years, Phil has been right 40% of time. (The long-term stats don’t improve much.) Last year he predicted more winter, however temperatures in February and March were above-normal across the country.

An early spring or six more weeks of winter, spring officially begins with the Vernal Equinox on March 20th.

Phil’s prognostication came to our delight as we continue to thaw out following a bitter blast of Arctic air. It seems the groundhog may be on to something. Temperatures around the Bluegrass will being feeling spring-like over the coming days. We are tracking highs in the 50s and 60s. Unfortunately another cold snap is looming next weekend. For the time being enjoy the seasonal switch.