We might as well rename it “Wet-ruary.” Once again this February has been wet. Last February was Lexington’s wettest on record with over ten inches of total precipitation. We’re not quite on pace for a record-setting month, but things sure have been soggy over the first twelve days of the month. 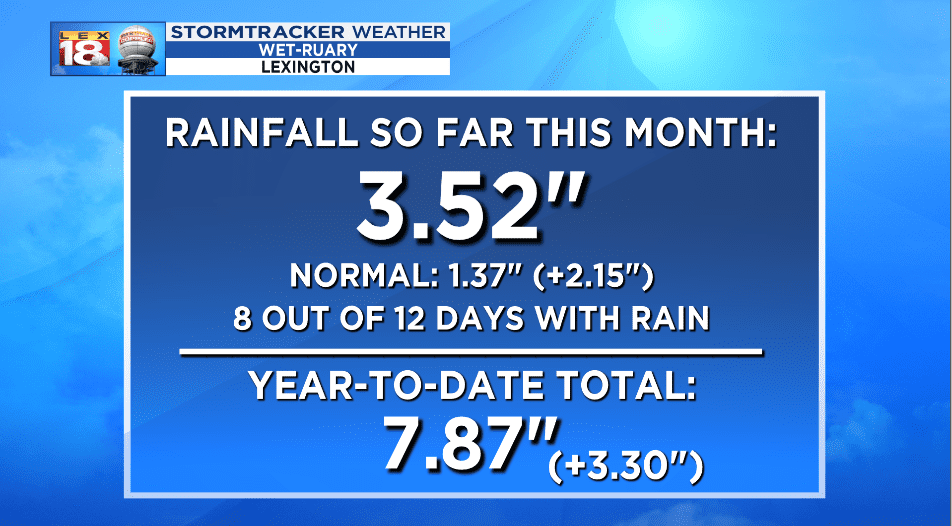 Since February 1st Lexington has picked up 3.52″ of rain, including the nearly two inches that fell just over the past two days. We’re in the black, and in the black by over two inches for this point in the month. Eight out of the first twelve days of February 2019 have had at least a trace of precipitation.

After two days on, now we’re getting a two-day break from the wet weather. Today’s cold and bright. Valentine’s Day will be quite delightful with a high near 60°. However, clouds will increase as the day goes on. This will set the stage for our next round of wet weather. 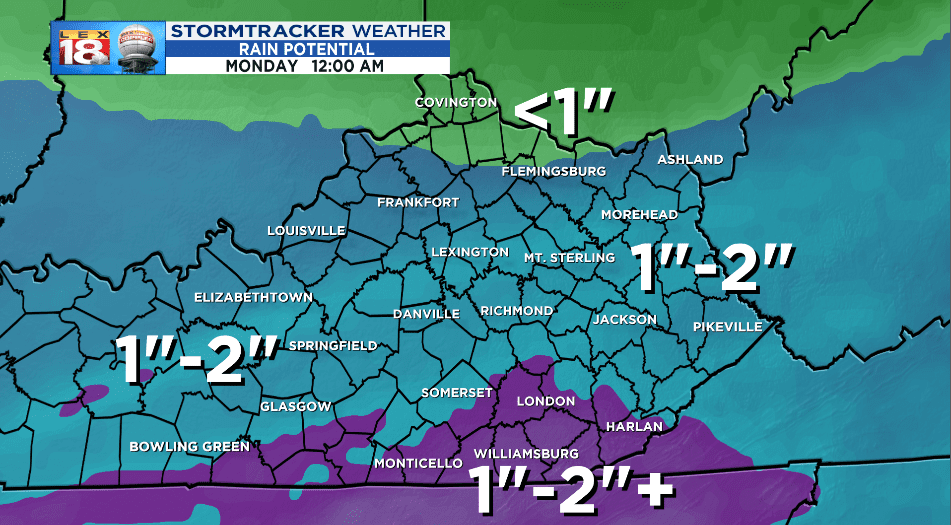 Showers will return late Thursday night and continue through the weekend. This event doesn’t appear to be a constant rain or as much of a soaker. Most of the area will pick up one to two inches of rain over a three-day stretch. A little snow could also be in the mix. 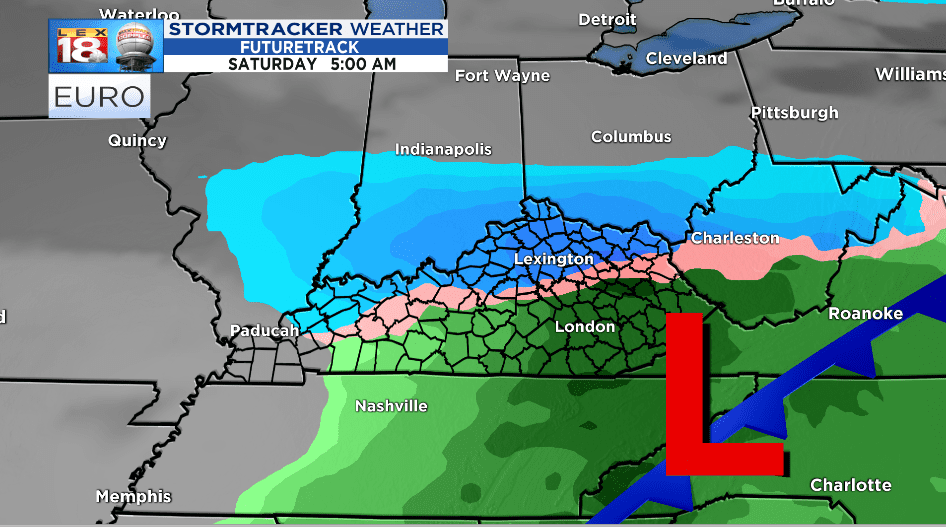 A cold front will initially usher in showers Thursday night. Behind the boundary chillier air will slide in, dropping highs from the upper 40s Friday to the mid 30s for the weekend. A secondary low will develop along the front which will help to keep precipitation chances in the weekend forecast. Last night’s model runs showed a northerly shift in the rain/snow line. If this holds then most of what falls this weekend will likely be a cold rain with maybe some hints of snow at night – both Friday and Saturday night. We’ll continue to watch the model trends over the coming days.