Lexington has already set a daily rainfall record for February 20th and we’re not even finished with the rain for the day. 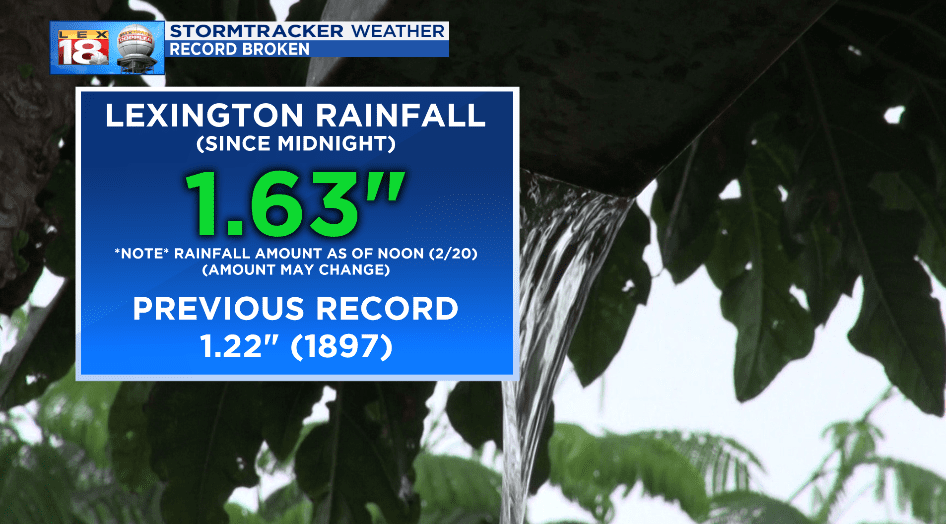 Just to give you an idea of how old that record is, here’s a list of things that were happening when it was first set. 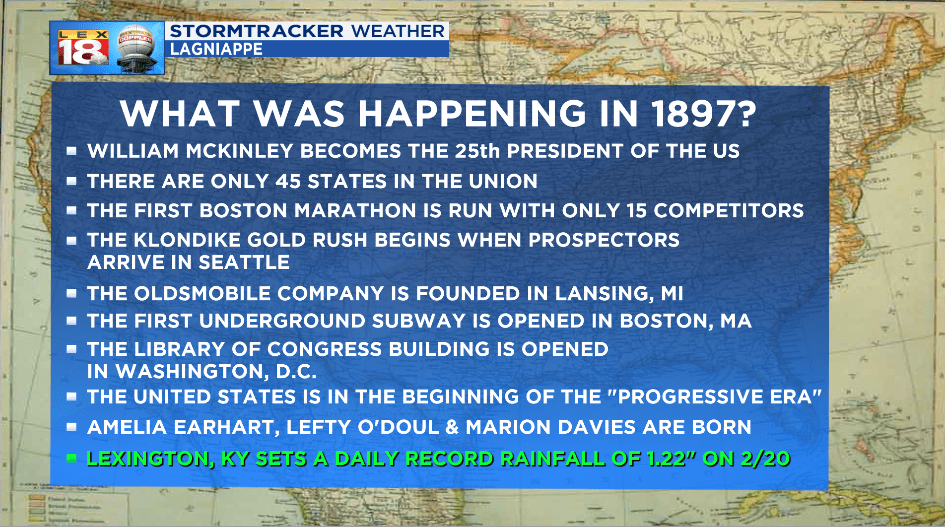