The rain has finally ended! *Deep breath* Several spots around central and eastern Kentucky have received a couple of months’ worth of rain over the last five days. This February is on pace for another historic finish. 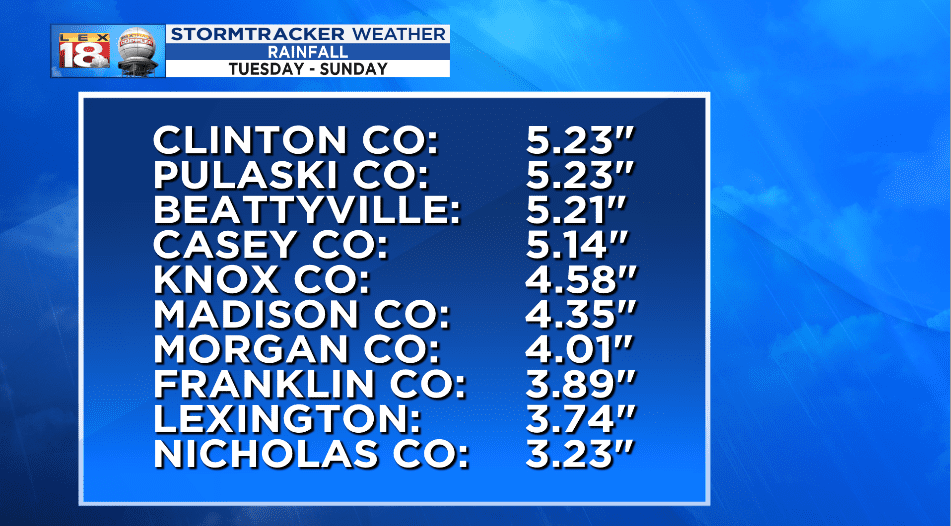 We have been swamped with rain since Tuesday. Really since the start of the month, last year even. Areas near the Tennessee border saw most of the persistent heavy rain. The five-day rainfall total for parts of Clinton, Pulaski, Lee, and Casey counties were well north of five inches! Lexington picked up 3.74″. (Our normal February rainfall is 3.20″.) 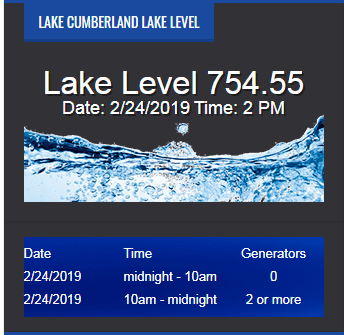 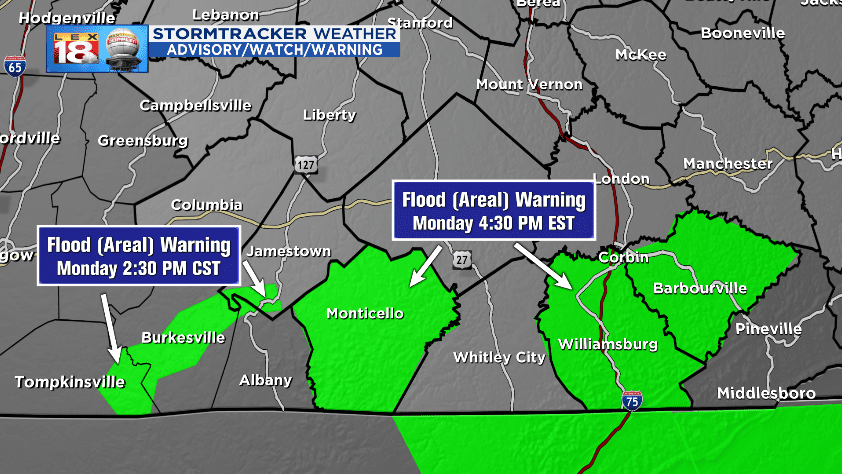 The release rate was increased at the Wolf Creek Dam following the heavy rain. Existing high water levels plus the increased release will cause new flooding along the Cumberland River. A Flood Warning remains in effect for the Lake Cumberland areas along with Knox, Wayne, and Whitley counties through at least Monday afternoon. Upcoming dry days won’t add to the high water issues, but water levels are still very high and will need several days to recede.

While we didn’t have the deal with rain, a gusty westerly wind was the story. Frequent gusts of 40 to 50 mph were clocked around central and eastern Kentucky today. The highest of 54 mph was recorded at the Pike County mesonet site. Lexington’s peak gust was 48 mph.