Spring, at least meteorologically speaking, is just a couple of days away! (Meteorological Spring begins on March 1st.) In the meantime, we are getting an early taste of spring. A warm-up continues today with highs in the lower 60s. And the sun is still out! I hope you’re finding a way to take advantage of this beautiful day. 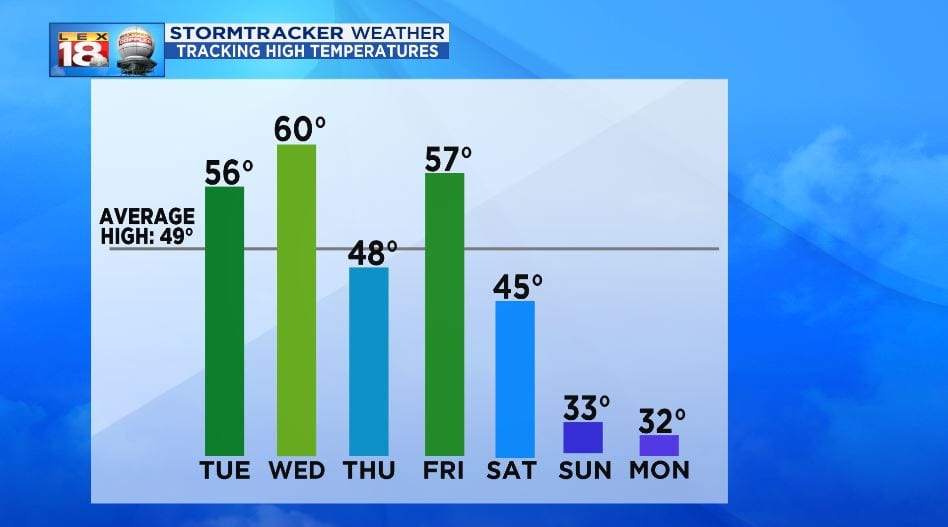 The temperature trend through the end of the work week will remain at or above-normal. But March is coming in like a lion with rain, and eventually snow, chances plus temperatures will make an about-face. Needless to say the fluctuations of March weather will be in full effect.

Over the course of this winter there has been a lot of very cold air hanging over the northern part of the North American. Then there was the visit from the polar vortex at the very end of January. This strong low pressure system sent air directly from the Arctic Circle southward into the US, even into the Bluegrass. The frigid air hasn’t gone far since the polar vortex retreated. While temperatures moderated and warmed up here, the large mass of cold air continued to reside across the northern part of continent. Even today while much of the Commonwealth is in the 60s, the I-70 corridor (cities like Columbus and Indianapolis) are in the 40s to near 50 degrees, Chicago will take a run at the freezing mark, and the Northern Plains and the Upper Midwest are already in the single digits.

A strong ridge across the southeastern US has kept the cold away for the past few weeks. We have flipped back to a mild and rainy pattern. As a result the jet stream has been punched northern, bottling the Arctic air across southern Canada and occasionally the northern tier of the United States. The influence of this ridge is about to be challenged. 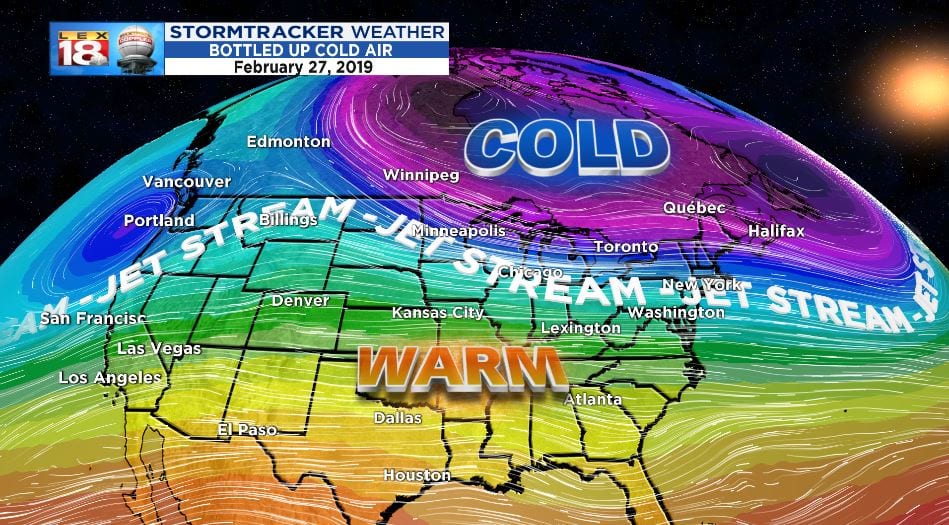 As seen above the temperature trend is about to take a downward turn through the early days of March. A strong cold front will blow through this weekend. High temperatures will fall from the upper 50s Friday to the lower 30s by the end of the week. Old Man Winter is about to take another frigid shot. This won’t be a quick jab. This blast of bitterly cold could last for more than a week. 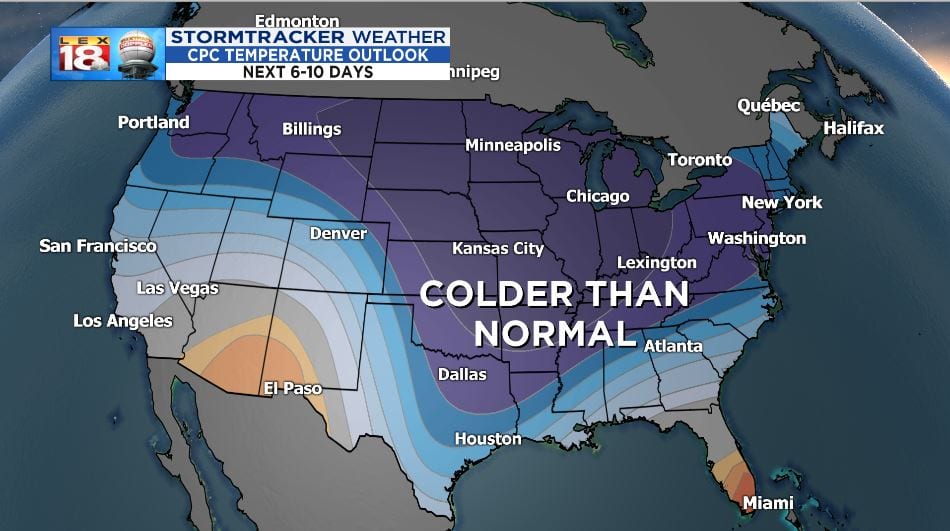 The Climate Prediction Center favors a below-normal temperature trend for much of the US through mid-March. This cold outbreak won’t be as extreme as what we felt with the polar vortex. This is not the polar vortex. It’s just a blast of Arctic air. High temperatures are expected to remain to the 30s through much of next week. Tuesday’s high will be in the ballpark of Lexington’s record low high (coldest maximum) temperature. It’s not time to put that winter wardrobe away just yet.