Heads Up: More Winter This Weekend

The calendar may say March but we still have a lot of winter in the StormTracker Forecast. First will come a renewed shot of cold then times of rain and snow followed an even colder shot of Arctic air. 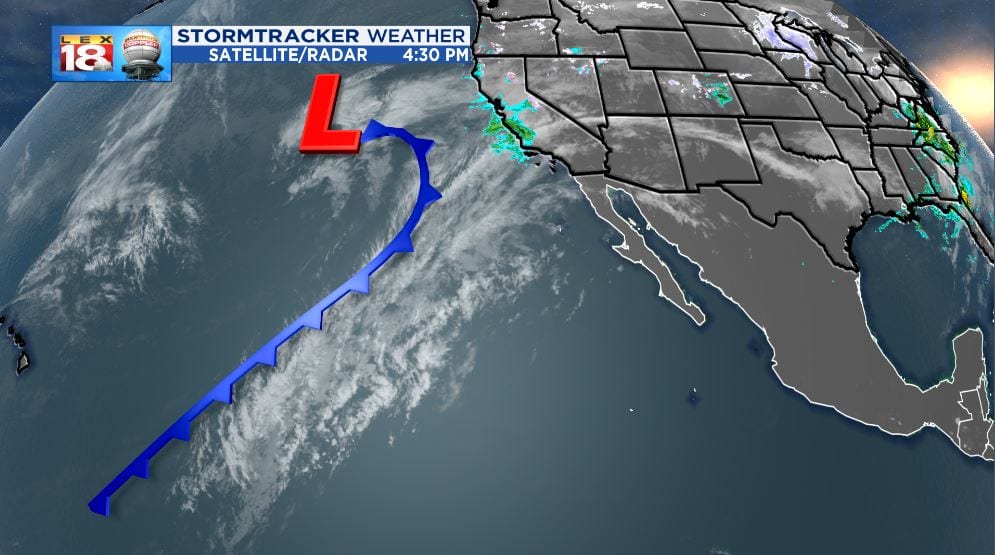 The biggest player in the weekend forecast is still sitting over the Pacific, but nearing the California coast. This strong low is tapping into an atmospheric river, which has created an avenue for moisture to travel from the tropical Pacific to the West Coast. (California is going to see a lot of rain, and snow in the mountains.) This storm system will swiftly move across the southern half of the country this weekend.

The other main ingredient is a lot of Arctic air. Earlier in the week we told you about all the cold air bottled up across the northern part of North America. It’s about to head south. A moisture-starved cold front will dive through the Commonwealth late Saturday. On the backside Arctic air will start pouring in. It will keep getting colder as the days go on into next week.

Let’s talk about what happens before we get all that nasty cold. The big Pacific storm will start sending precipitation our way very early Sunday morning. Temperatures will be right around freezing so rain and/or snow showers will be possible at the onset. The attached warm front will nudge a little north, which will send our temperatures just above the freezing mark. During the afternoon we will see the change over to rain for most of central and eastern Kentucky. Far northern Kentucky may stay all snow. As temperatures take a dive into the evening, we will see a change over again to all snow. 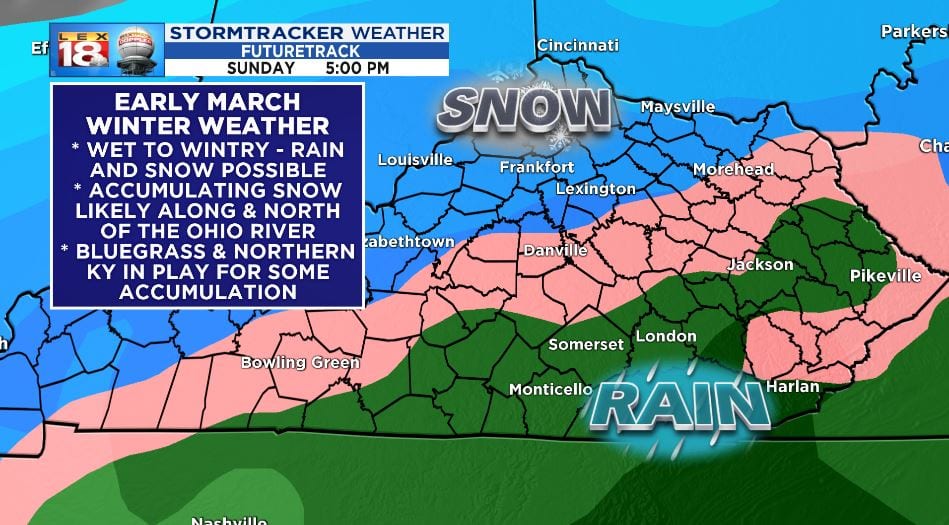 These wet to wintry conditions will likely lead to travel impacts Sunday evening into Monday morning. Yes, there is the potential for accumulating snow. The best spots will be over southern Indiana and Ohio. Closer to home, if you live along and north of I-64 you will see a better chance for an accumulation than down south. 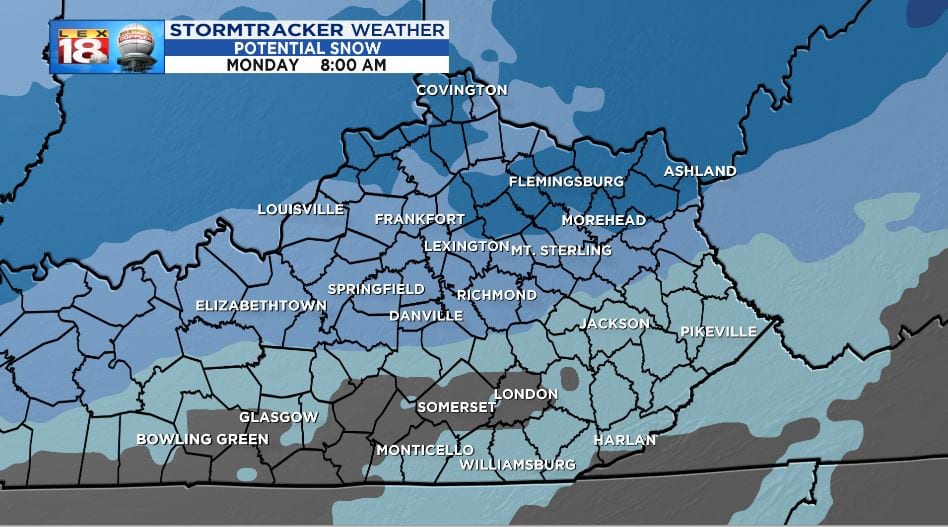 Some key takeaways for this weekend wintry event.

The storm appears to remain on a path across the southern Plains, through Birmingham and Atlanta, and up the eastern seaboard. If the low turns a little more north most of our precipitation will fall as rain. The rain/snow line will be sent farther north.

Another variable will be the Arctic air. Will the cold air arrive before the moisture departs? If these two pieces don’t jive then we will see mostly cold rain.

Again, the best opportunities for accumulating snow will be north of I-64. There is still medium confidence in exact amounts. This doesn’t look to be a “big one.” Light accumulations are more than likely. Our confidence will grow as the storm system moves east Saturday.

Check back tomorrow for the latest information on this winter weather event.