It hasn’t been the prettiest start to March, or meteorological spring. And it’s about to get a lot messier. A fast-moving system will cut across the Southeast Sunday. We are far enough north that we will see our customary periods of rain and snow during this event. 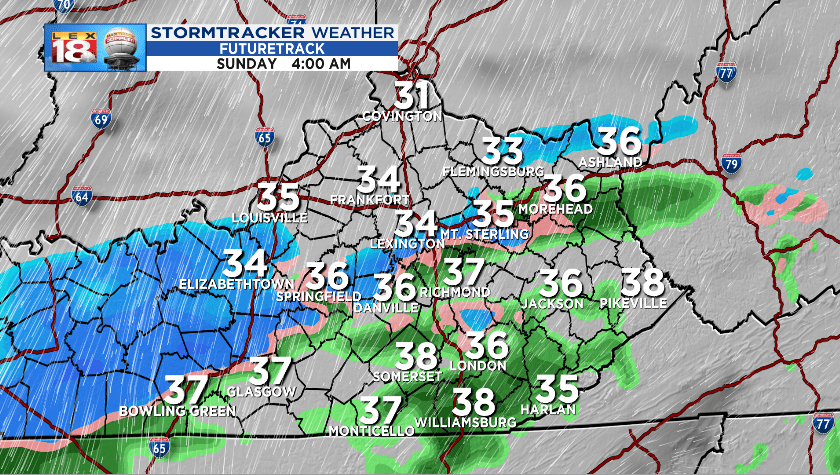 Things will get started during the pre-dawn hours as a shield of rain and snow moves in. Temperatures will hover near the freezing mark around the Bluegrass so a mix of rain and snow will be possible at the onset. Meanwhile, to the north it will be straight snow and down south it will be a cold rain. 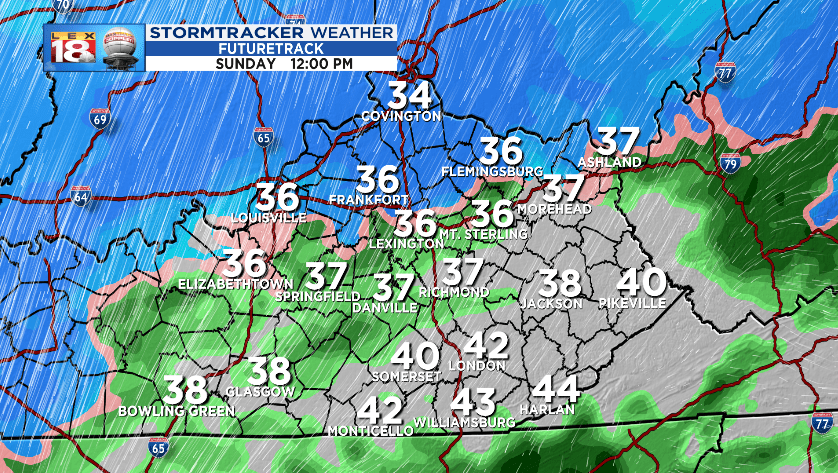 Temperatures won’t go far tomorrow, partially due to a prevailing northeast wind. Periods of rain and snow will continue into the afternoon for the Bluegrass. Temperatures that are slightly above-freezing and occasional rain showers will limit snowfall accumulation during the first part of the day. Farther north chances are better for mostly snow. A cold rain will continue for southern Kentucky. 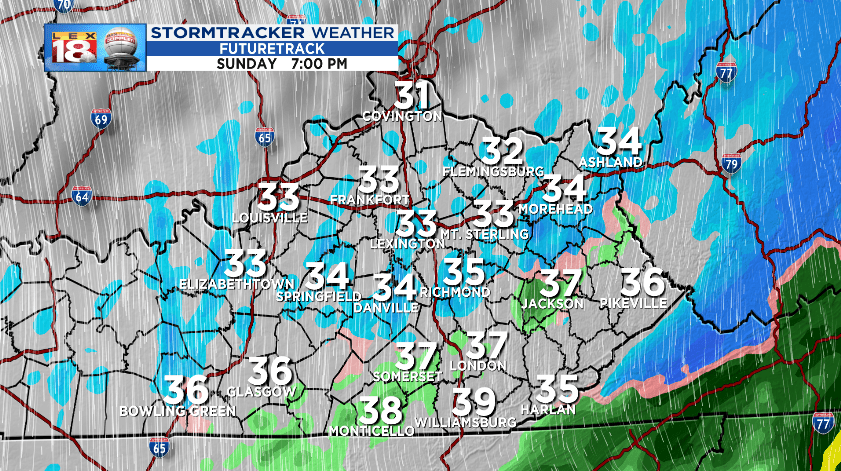 As the storm system pushes east Sunday afternoon, much colder air will start dropping south. Precipitation will begin changing from rain to snow from northwest to southeast through the evening hours. Areas that see the change over early on (southern Indiana and areas northwest of Lexington) will have better chances for snow to start sticking. Amounts will diminish across southern counties. The reason? The moisture will depart before the cold air is able to catch up. You need both for snow. 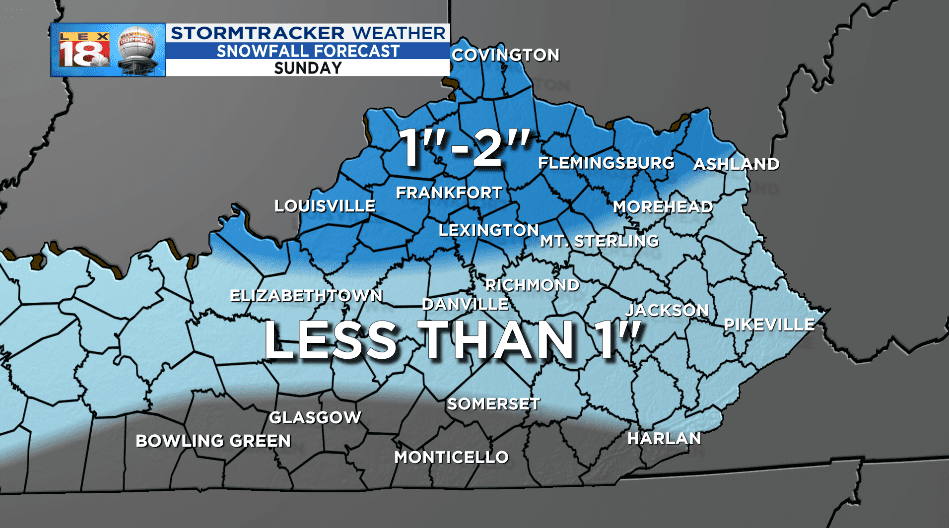 Speaking of amounts. This will be another light event. “Higher” totals are expected north, meanwhile little to no accumulation is expected near the Tennessee border. One to two inches are possible for areas along and north of I-64. Lexington will more likely be on the one inch end of that range. Grassy and elevated surfaces will be the first to see an accumulation. 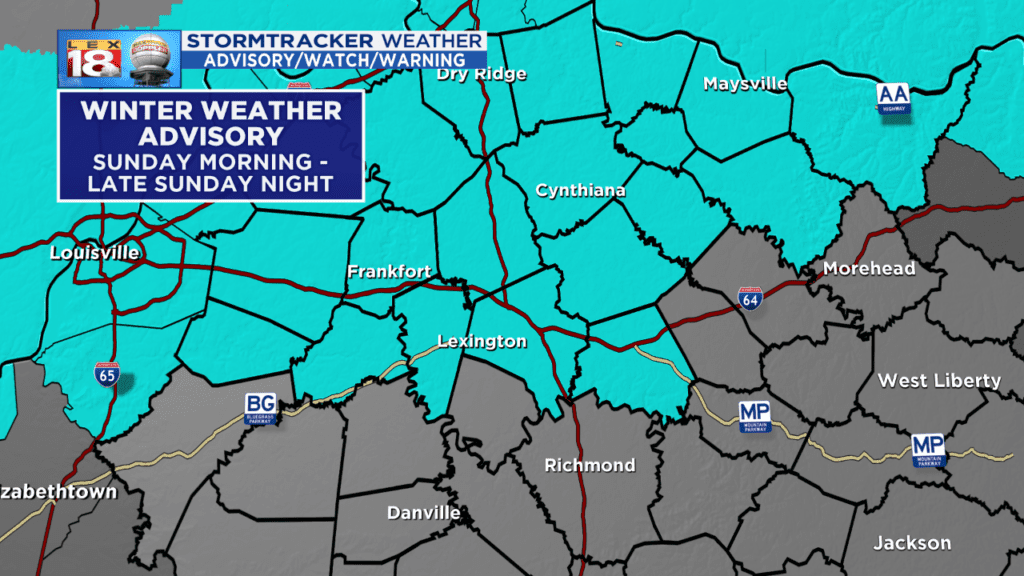 The minor amounts of snow plus the quick drop in temperature will likely lead to travel impacts Sunday evening through Monday morning. Plan for slippery conditions and use caution while traveling. A Winter Weather Advisory will be in effect for the Bluegrass and northern Kentucky through late Sunday night.