I hope you haven’t put your winter coats away just yet. Winter is back. It will be rain and snow today with chances for light snow accumulations for the Bluegrass and northern Kentucky. The start of the new work week will bring a new winter weather headline… a blast of Arctic air. 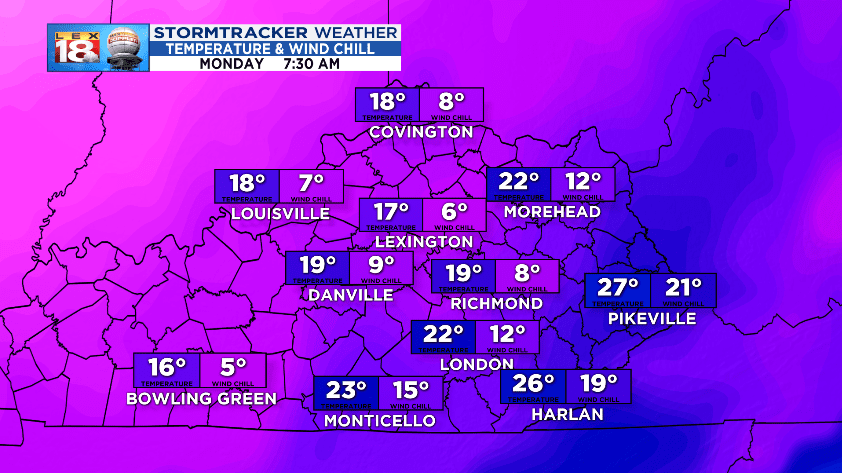 An Arctic front is about to unleash a serious chill over a good portion of the country. Temperatures will start to tank this evening as the boundary dives south. We’ll have the effects of the Arctic front for days to come. It will be in the teens with single digit wind chills as you step out Monday morning. It doesn’t get much better into the afternoon as blustery conditions persist. The very cold air continues to pour south into Tuesday, which will be the coldest day of the bunch. Lexington’s record low high (coldest maximum temperature) is 22° from 1960. More about 1960 to come. 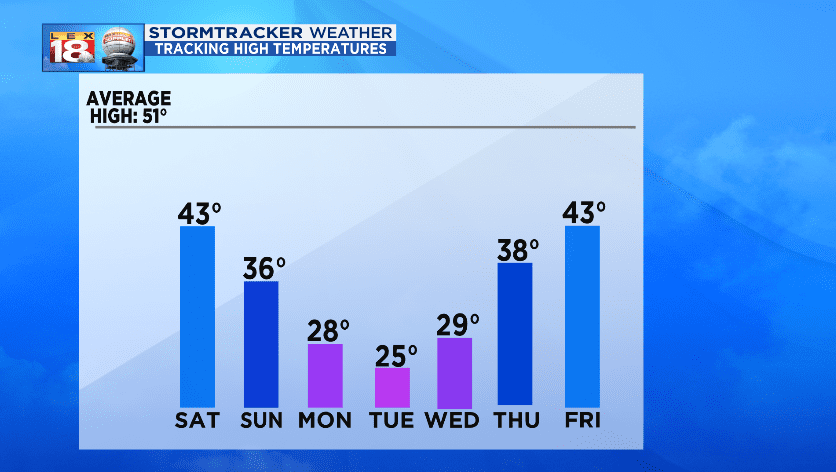 The temperature trend starts heading in a positive direction through the back half of the work week. We’ll finally climb above freezing Thursday afternoon. Yay for mini victories! But it won’t be getting “warm” by any stretch of the imagination. Average highs this time of year are running in the low 50s. We won’t return to “normal” until next weekend. 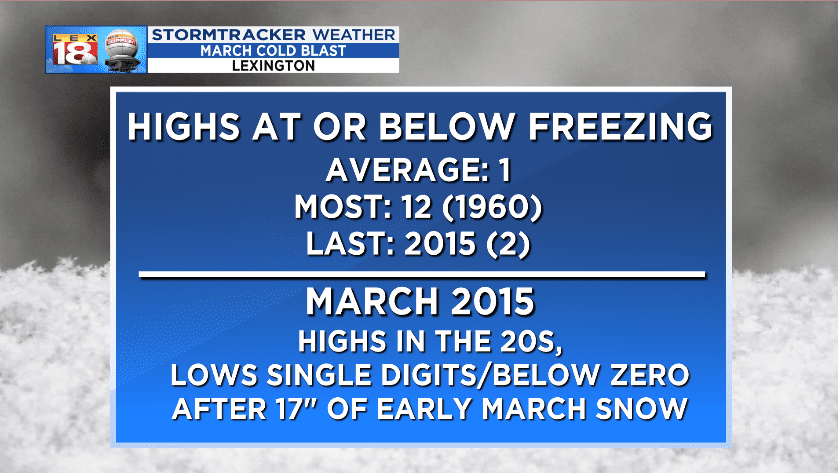 Cold outbreaks in March aren’t out of the ordinary for the Bluegrass. Our most recent one occurred four years ago. An early March winter storm dumped over 17 inches of snow on Lexington. Highs in the 20s with single digit and sub-zero lows followed. It is a little unusual is the number of days where temperatures will remain below freezing. We average one of those days each March. This week we will see three-straight days where temperatures don’t climb above 32°. The year with the most March days below freezing is 1960. That year also happens to be Lexington’s coldest March on record. Coincidence, I don’t think so. 1960 is also one of Lexington’s coldest and snowiest years.