We have seen snow bursts drifting through this afternoon. There will be a lull in the action before more “robust” bands of snow arrive late tonight. It’s all about timing with this next bout of wintry weather. Snow will be falling and temperatures will hover near freezing all while you’re trying to get going Friday. The morning commute could be a little tricky for some with wet, slick, or even snow covered roads. 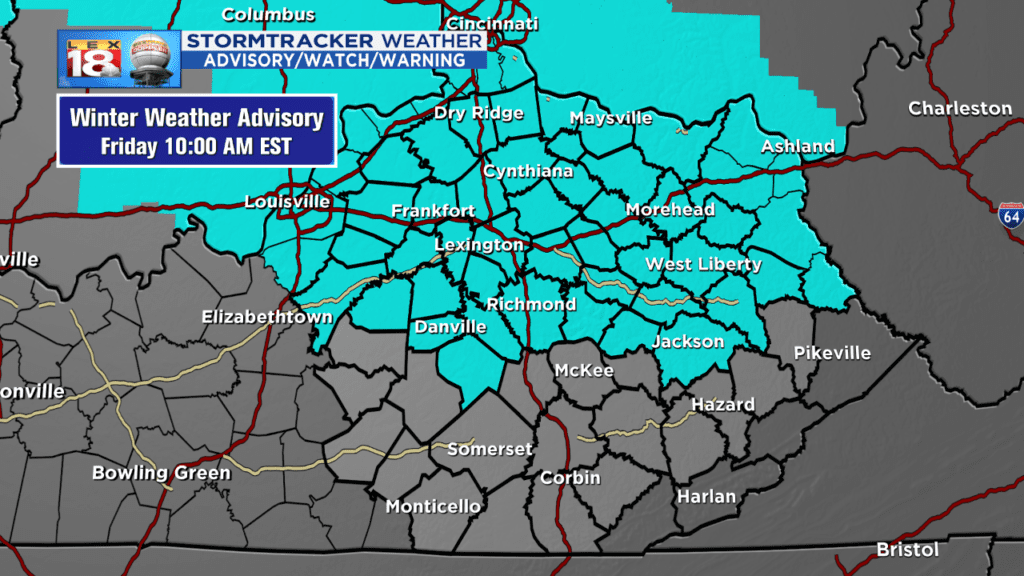 The Winter Weather Advisory will be in effect for most of the area through the middle of Friday morning. Travel impacts will be the primary concern. Falling light snow will lead to slippery road conditions and reduced visibility. Allow extra time on your way to work tomorrow morning. School closings and delays are available on air and at LEX18.com. 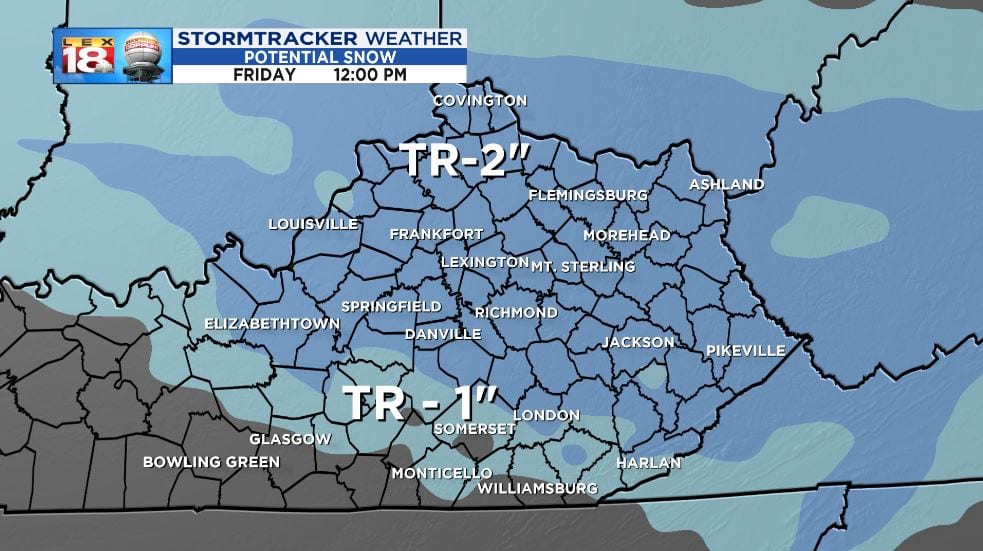 Snowfall amounts will be light. Most of the Bluegrass will see an inch-ish. Some areas, let’s say from Irvine north to Flemingsburg then eastward, could pick up as much as two inches. The slight bump in elevation could lead to the higher end totals. Rain will contaminate the snow totals across southern counties. This will be another slushy snow with most of the accumulation on the grass. Untreated roads, bridges, and overpasses could also become snow covered. 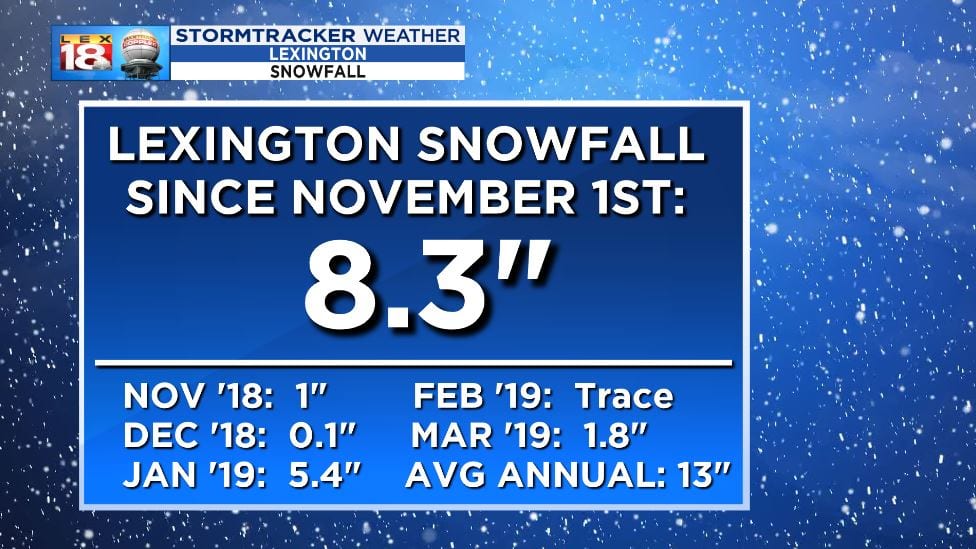 We are seeing a late-season surge in snowfall. Lexington has received 8.3 inches of snow since November 1st. Also two inches have fallen is month alone. January was our snowiest month this season with 5.4 inches. And we might not be done with winter just yet. The end of next week will be stormier with another blast of colder air looming. 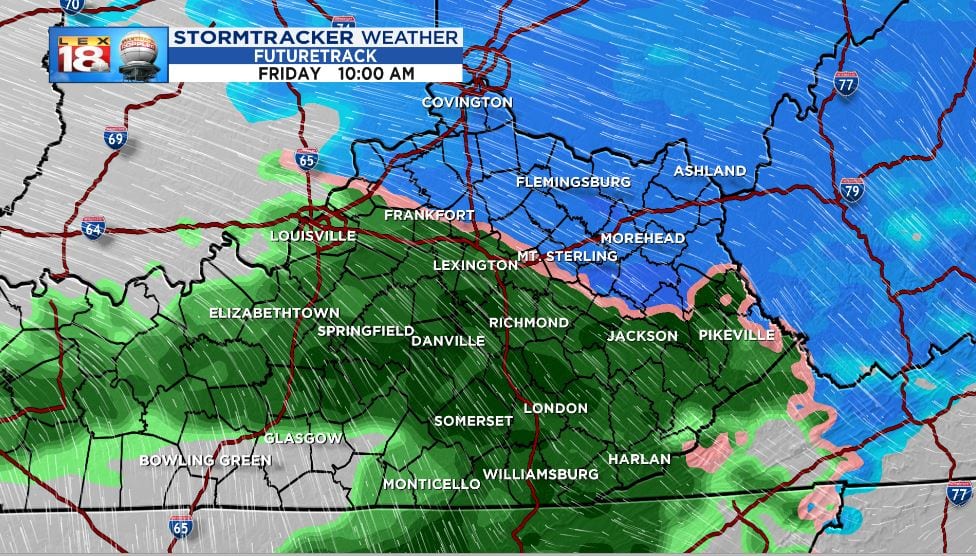 Precipitation won’t fall as snow all day tomorrow. A surge of warmer air into the late morning hours and afternoon will change the wet snow to a cold rain. Showers will gradually taper off into the second half of the day. We will catch a break before a springtime rain set-up moves in Saturday afternoon.