You could feel it in the air today. Something was bound to happen on this spring day. The warmth, the wind, and an approaching cold are the necessary ingredients for some strong and severe thunderstorms into the evening hours.

This morning tornadoes were confirmed near Paducah. Through the afternoon severe thunderstorm and tornado warnings were issued around the Louisville metro area, in particular over southern Indiana. Meanwhile, the wind really picked up around the Bluegrass. Lexington’s Blue Grass Airport reported a peak wind gust of 69 mph this afternoon. This was one of the top 5 strongest gusts reported in Lexington. 50 to 60 mph wind gusts were reported at a number of Kentucky Mesonet sites. 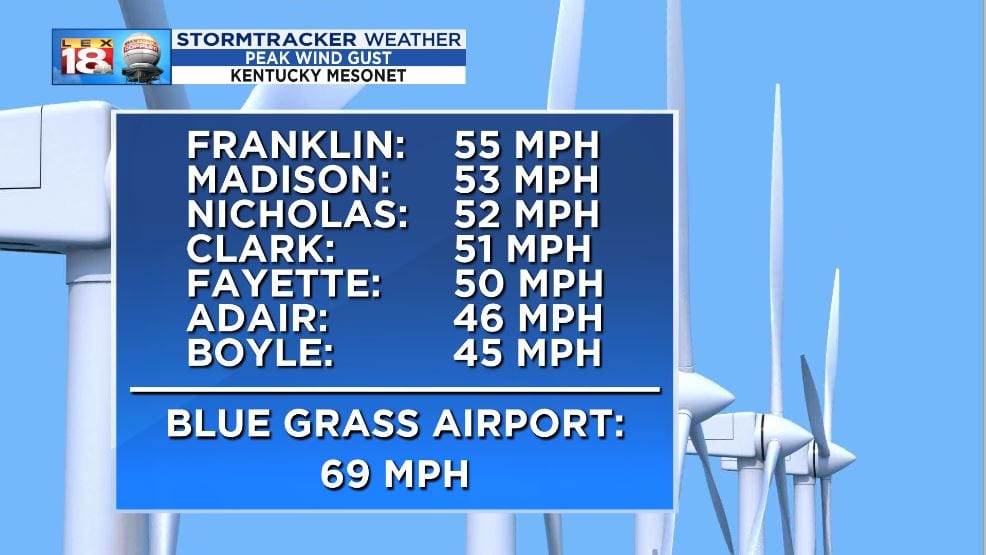 As for this evening’s severe potential, a Severe Thunderstorm Watch has been issued for Anderson, Franklin, Harrison, Mercer, Scott, and Woodford counties. The watch will continue through 10 PM. This doesn’t mean the rest of the Bluegrass won’t see a strong or severe thunderstorm this evening. 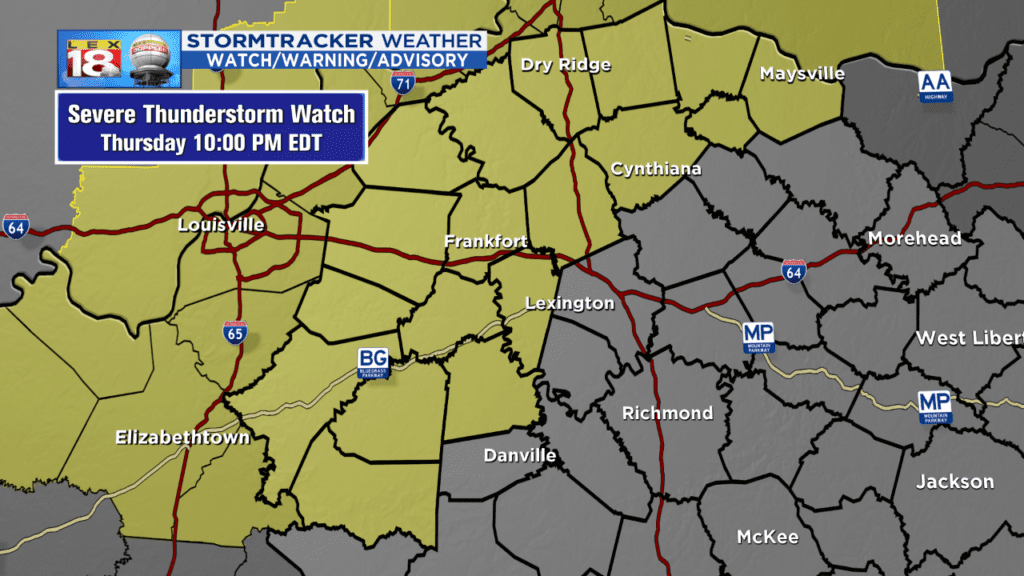 The line itself has been moving slowly, but the individual storms have been racing across western Kentucky and southern Indiana. The slower movement of the line has delayed the opening of our window for storms and severe weather. We are now eyeing 7 PM or 8 PM for storms to arrive in Lexington. 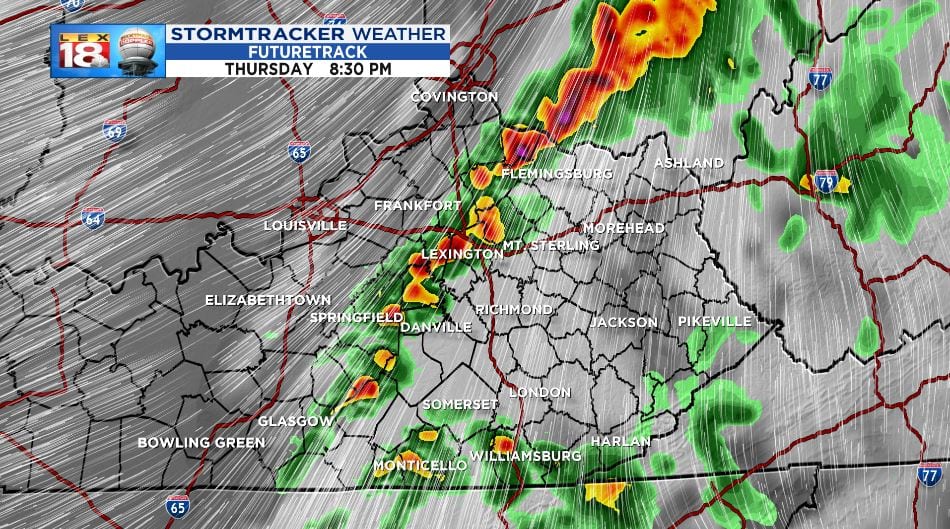 Damaging winds remain the top storm threat. An isolated tornado and large hail still can’t be ruled out. These storms will also produce heavy rain as they sweep across central and eastern Kentucky.

The severe potential will diminish as the line moves into eastern Kentucky later this evening. All activity will end closer to midnight as the cold front clears the area. Behind the front it will get start getting cooler, but remain windy through the night and into Friday.