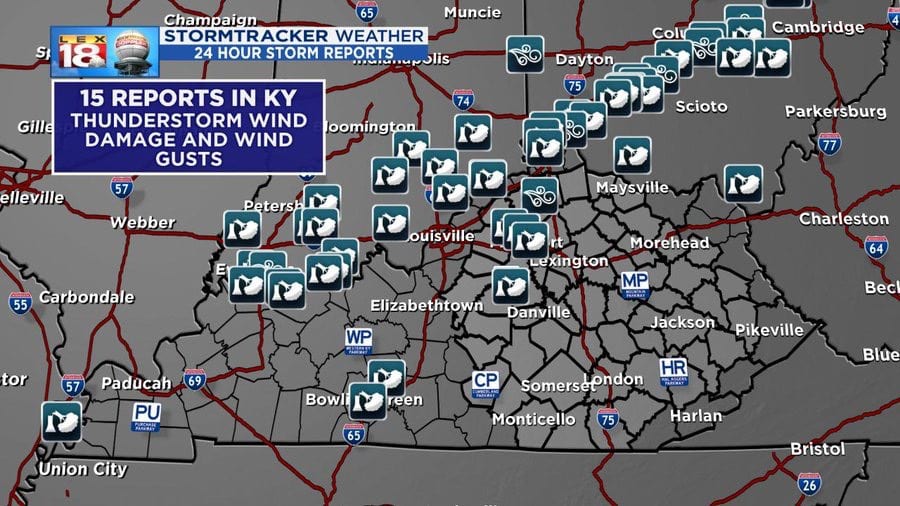 Three tornadoes were confirmed in western Kentucky. An EF-2 twister crossed Carlisle and McCracken counties. It was about two miles southeast of the National Weather Service office in Paducah. This tornado was on the ground for 16 minutes with maximum winds of 125 mph. One person was also sadly injured. Weaker tornadoes were also confirmed outside of Owensboro. 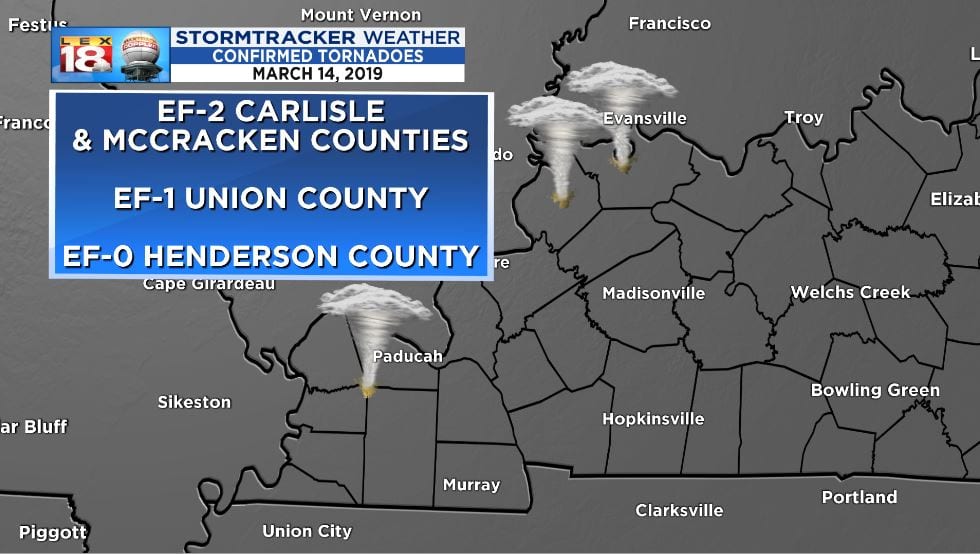 Most of yesterday’s damage around central Kentucky was done by strong winds outside of thunderstorms. Gusts of 50 to 60 mph were not uncommon. Lexington’s Blue Grass Airport maximum gust was almost 70 mph. This was one of the strongest gusts ever recorded in Lexington. 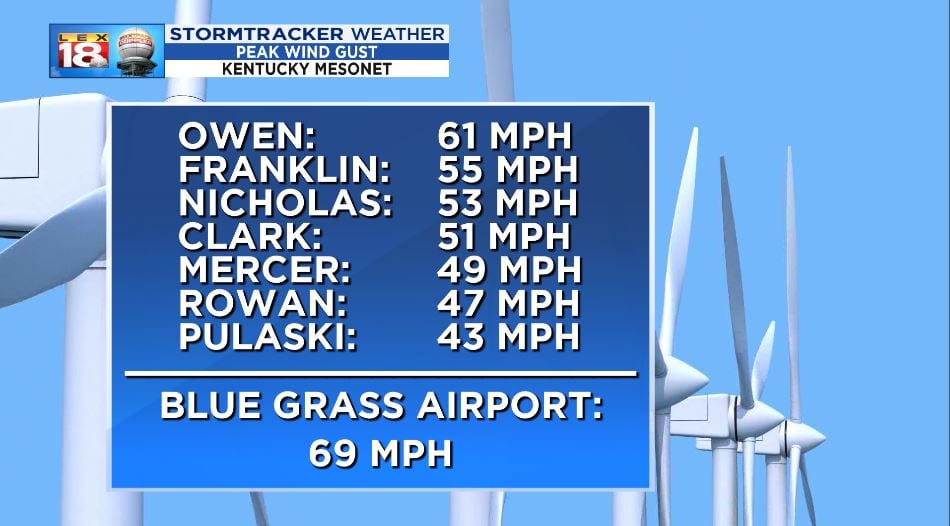 Everything was in place – we had sunshine, we had temperatures in the 70s, we even had humidity. So why didn’t central Kentucky see the intense thunderstorms that moved through western Kentucky, Louisville, and Cincinnati? Even though individual storms were racing through the area, the line as a whole slowed yesterday afternoon. The line of storms and cold front didn’t reach I-75 until the 10 o’clock hour. The influence of all those favorable ingredients were starting to wane. 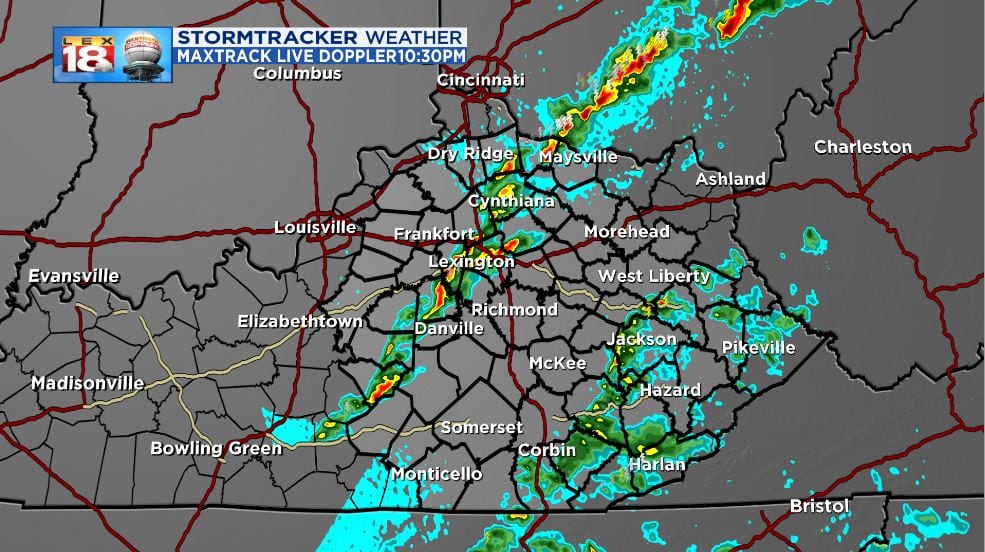 Another thought, the wind was not only strong at the surface, but also the mid-level of the atmosphere. Just like on a summer day when you’ve worked up a sweat, a breeze feels good. The wind works to “dry” your beads of sweat. As the wind continued to rush to the surface yesterday afternoon and evening, it seems to have dried out the atmosphere and wiped away the ideal environment for strong thunderstorm development. This created a cap, stabilizing the atmosphere.