This Saint Patrick’s Day Weekend is shaping up to be a good one. Sunshine will be abundant for the festivities today, and we stay dry most of the weekend. Temperatures will be similar both Saturday and Sunday starting cold, and ending chilly. Sunshine for Saturday’s parade, while Sunday brings a few more clouds and a small chance for showers. 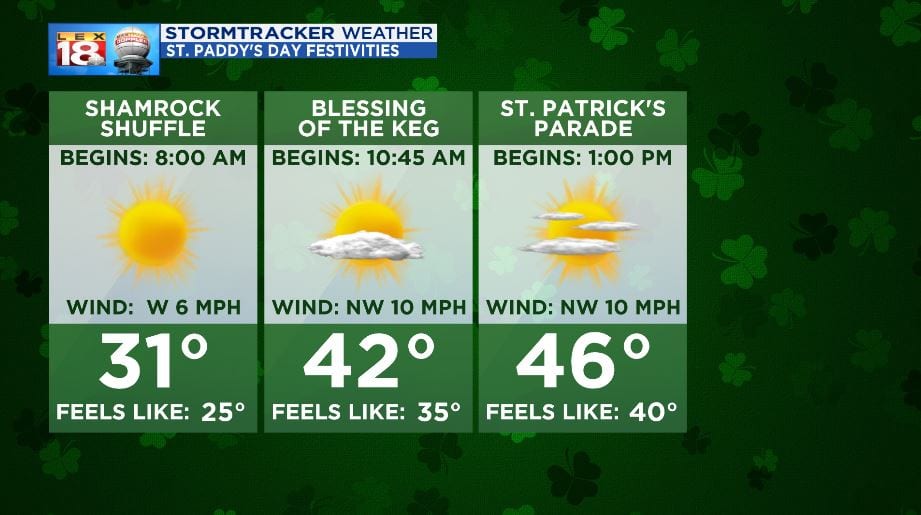 If you’re heading out to the festivities Saturday, make sure to have a jacket and seek the sunshine whenever possible. It will feel good in the sun, and will feel cold in the shade.

However, St. Patrick’s Day in the Bluegrass hasn’t always been this nice. Here’s a look at what we’ve seen on the most Irish Day in year’s past. 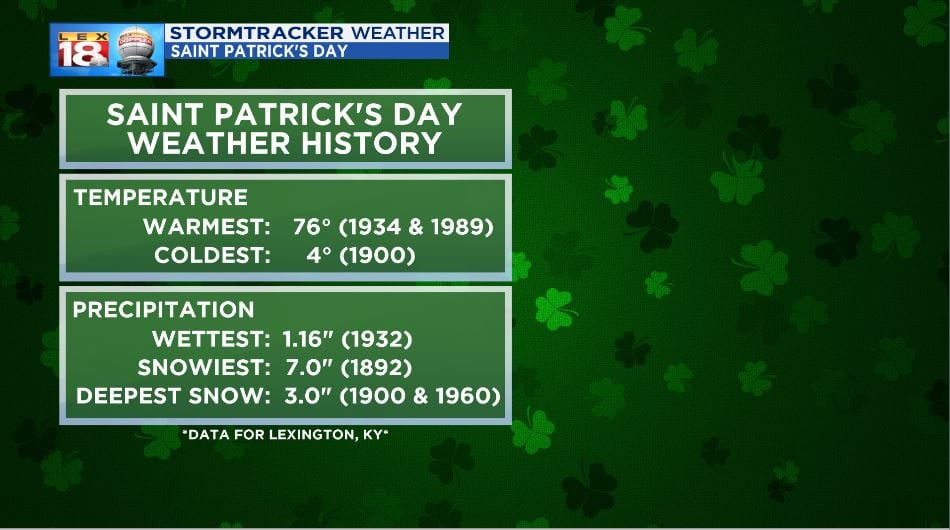 Due to March being a “transition month” we’ve had a broad spread of temperatures. They can be both warm and cold, and even in the same day. The warmest temperature ever recorded on Irish Day was 76 degrees, set twice in 1934 & 1989. The lowest temperature was a bitter 4 degrees in the year 1900. That day also had the lowest average temperature of 14.5 degrees with a morning low of 4° and an afternoon high of 25°.

Once again, March being a month that separates winter and spring, shows a wide variety of precipitation. Large amounts of rain are not uncommon, and even deep snow has been recorded. The wettest St. Paddy’s Day ended with a precipitation total of 1.16” in 1932. It was likely all rain that day as temperatures were above freezing.

The snowiest Irish Day was an average one. 7” of snow fell on March 17

Have a safe and happy Saint Patrick’s Day, everyone!