The full moon of March will be occurring at 9:43 pm Wednesday. That’s less than 4 hours after the official beginning of spring. So you could chalk this up to an astronomical “double-header.” The spring equinox is when the sun is directly over the equator. Spring will begin tomorrow evening at 5:58 pm EDT. Almost four hours later, the moon will become 100% full and will be bigger and brighter than normal. 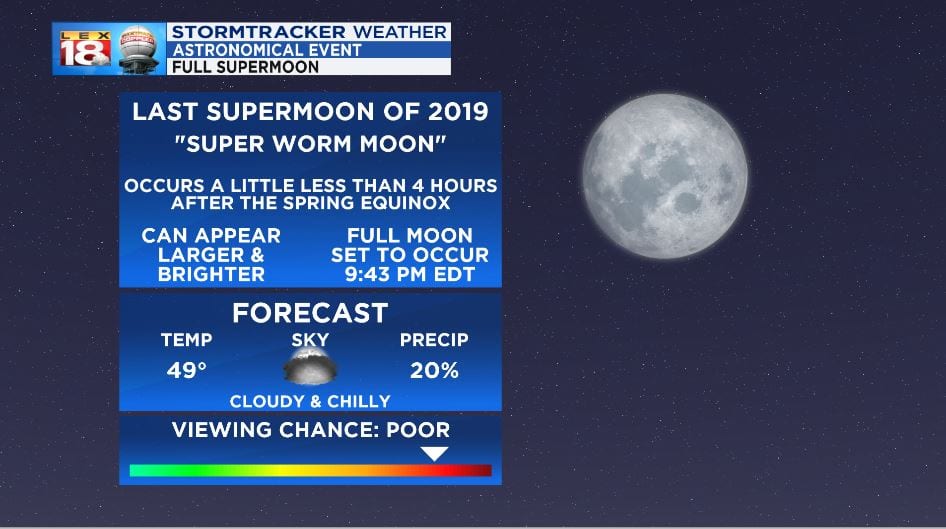 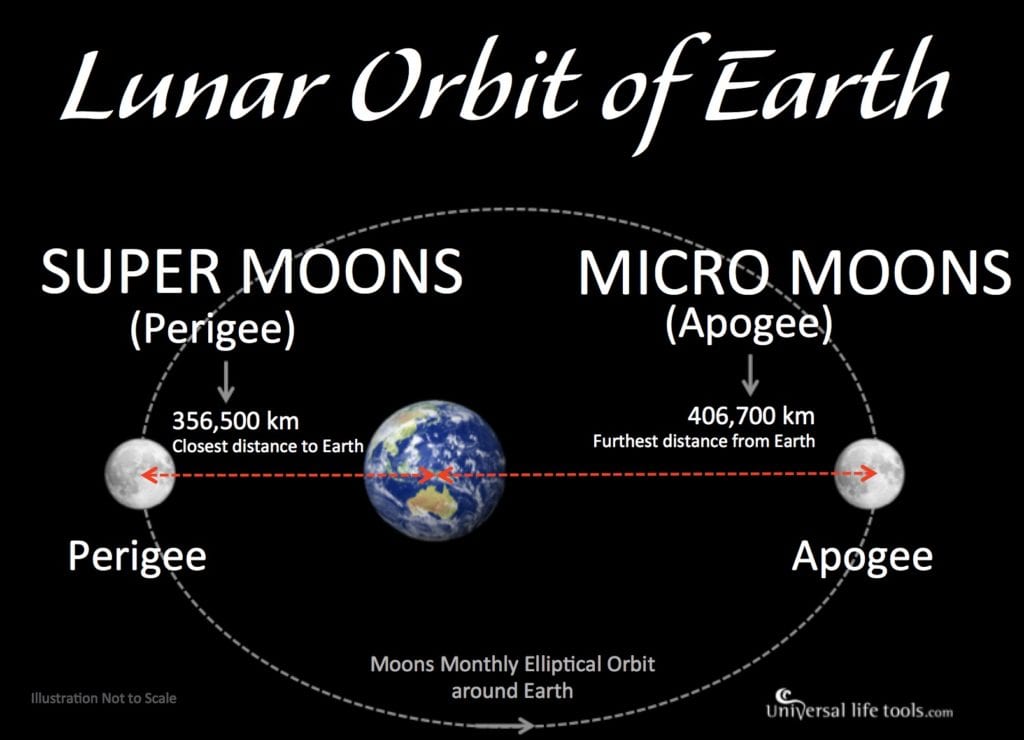 What’s In a Name?

So why call it the “worm moon?” Names were given to different full moons of the year around the time of the Native Americans. The names were based on many things such as the position of the moon in the sky, the types of weather pattern occurring, or seasonal activities (hunting, fishing, planting, etc.) The name “worm moon” likely originated from March being the time the worms started to emerge from the warm soil to find food above the ground.

A supermoon is not overly special. It happens about 3-4 times a year. However, the fact that this supermoon coincides with the vernal equinox is something special. The last time a supermoon and the beginning of spring worked into the same day was 19 years ago. The next time it will happen is the year 2030, 11 years from now.

Will We Be Able To View It?

All this talk of the “Super Worm Moon” is cool and all, but will we be able to see it? Well, thanks to the midweek cold front moving in, it’s not looking likely. Clouds will increase Wednesday ahead of the front and will block most of the sky through the evening. Also, showers will be moving in for some in our forecast area. So you may want to sit this one out and catch the next one.