There will never be another hurricane or tropical storm named Florence or Michael. The World Meteorological Organization announced that the names would be retired from the rotating list in the Atlantic Basin, after these storms caused extensive damage and numerous fatalities across the Southeast last year. 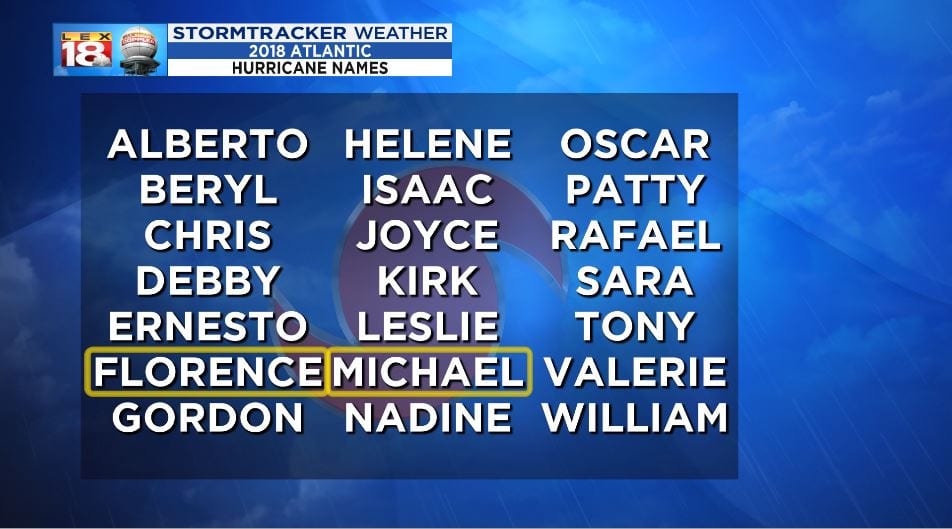 The committee selected Francine and Milton to replace Florence and Michael, respectively. These names will first appear during the 2024 hurricane season.

Including these two names, 88 storm names have been retired since 1953, when storms began to be named. Five names were retired following the 2005 hurricane season, the most retired names from a single season.

Hurricane Florence was the deadliest and costliest storm to hit the Carolinas. It was the first major hurricane of the 2018 season. The tropical system developed off the western coast of Africa. Florence then rapidly intensified on September 4th and 5th to a Category 4 hurricane with maximum winds of 130 mph. The storm slowed as it moved inland. Landfall was made at Wrightsville Beach, NC on September 14th as a Category 1.

Michael brought destruction to Florida, Georgia, the Carolinas, and Virginia. The storm resulted in $25 billion in damage, making it the eighth costliest US landfalling storm.