Australia Deals With a Tropical Double-Threat

While we’re still over two months away from our hurricane season, here in the Unites States, other locations around the world are still in the thick of theirs. Remember that our winter is their summer and that’s when tropical cyclone activity is at its greatest. 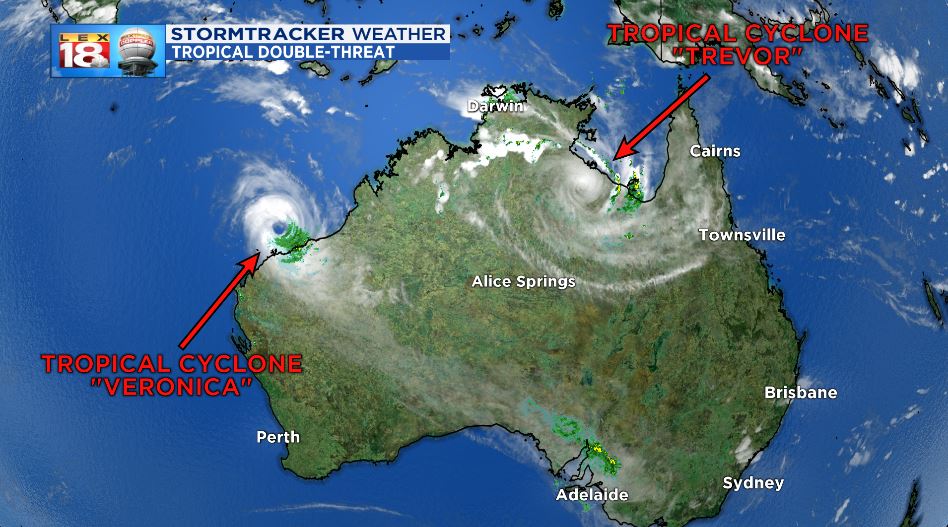 Australia has found itself in the middle of a tropical cyclone double threat with two storms battering northern continental communities there. Tropical Cyclone Trevor and Veronica are delivering a swath of damaging wind gusts and torrential rainfall.

Tropical Cyclone Trevor made landfall through the Gulf of Carpentaria. The gulf is a large open body of water on Australia’s northern coastline that is on the western side of the Torres Straight, which separates the Coral and Arafura Seas. The coastline hit is relatively uninhabited, but the nearby Pellew Islands were in the path of some of the stronger winds.

Trevor slammed into the Australian coast with sustained wind speeds around 165 km/hr (103 mph) making it a category 4 cyclone upon landfall. This would be similar to a Category 3 hurricane based on 10-min sustained winds. Trevor continues to weaken as it moves inland but still poses a strong wind threat.

**More on the difference between the hurricane and cyclone wind scales can be found below.

Not since Marcia/Lam in 2015 have we had 2 severe cyclones in the Aus region at the same time! #CycloneVeronica in northwest WA is currently Category 4 strength, while #CycloneTrevor in the Gulf of Carpentaria is also likely to intensify to Cat 4 today: https://t.co/dvm00FfCb3 pic.twitter.com/EJpX8mQNVT

Tropical Cyclone Veronica currently sit off the northeastern side of the Australian Continent. Veronica is currently a category 4 cyclone with sustained winds reaching 100 knots (115 mph). The cyclone is expected to either make a landfall near Port Hedland in the Western Territory, or skip along the coastline, moving west. Regardless of the path, wind speeds will be dangerous for coastal communities while the storm path plays out. 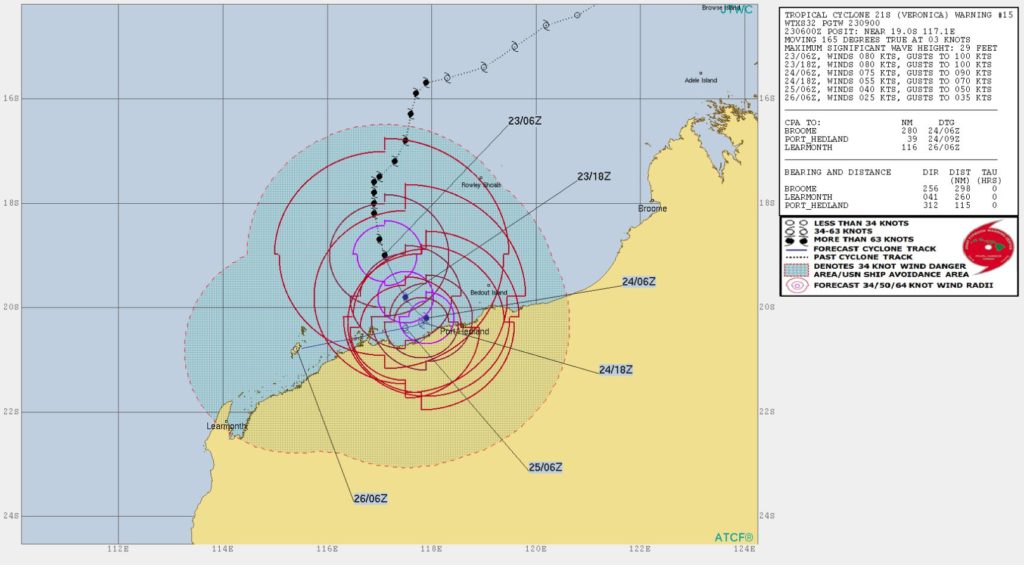 Below are the wind scales used by the different forecast and monitoring offices around the world. 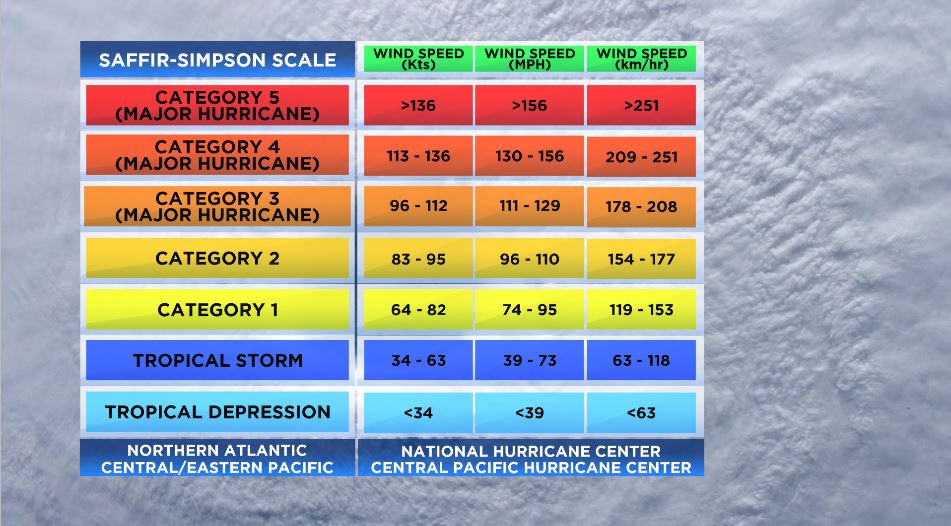 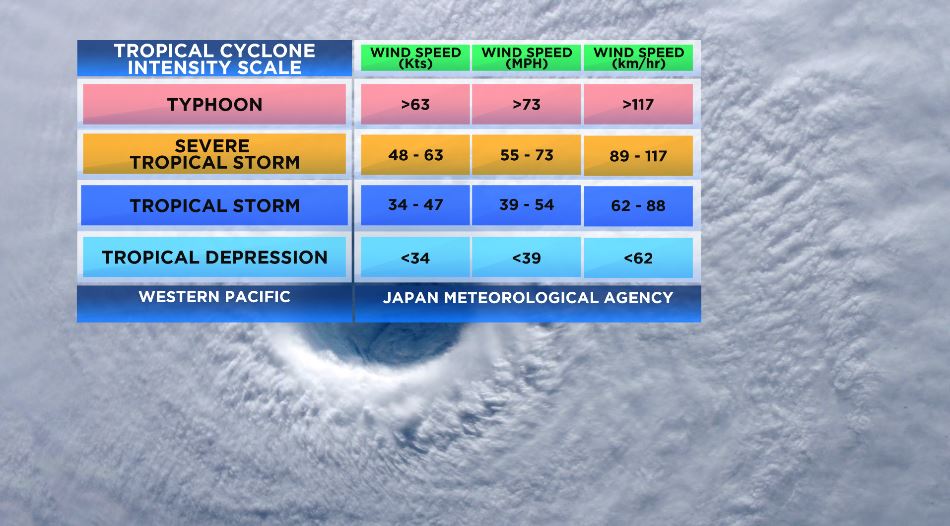 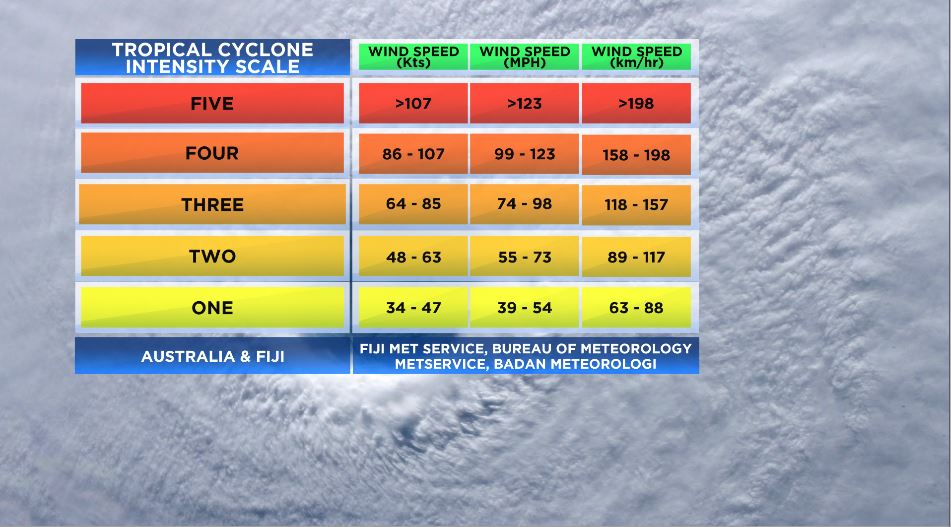 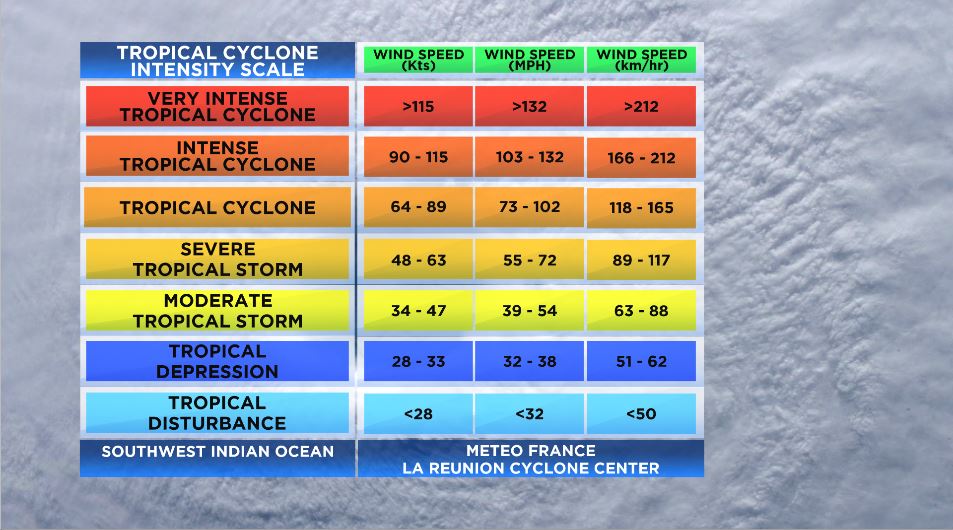 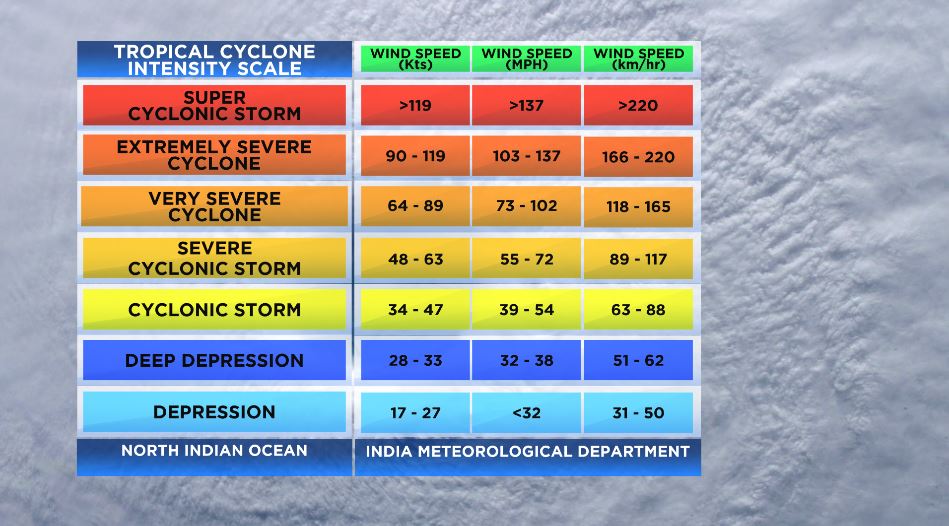