A purely tropical storm formed Sunday just northeast of Rio de Janeiro, Brazil. This is a rare occurrence seeing as how the last tropical storm in the South Atlantic formed nearly a decade ago. Iba is the latest storm showing mainly a cluster of thunderstorms rotating clock-wise, which is the direction low pressure spins in the Southern Hemisphere. 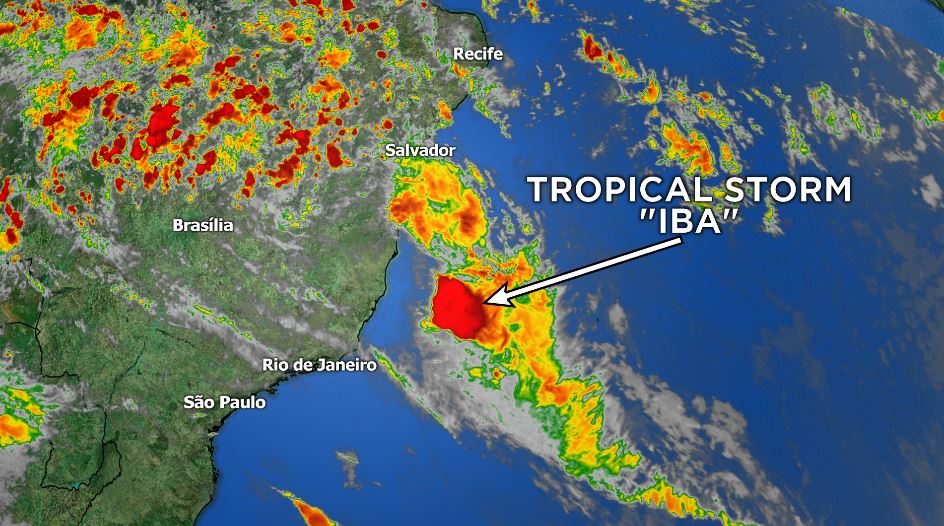 The South Atlantic isn’t know for its tropical Activity. In fact, on average only about one sub-tropical storm forms there per year. Sub-tropical storms have characteristics of tropical systems, but do not meet all requirements.

Purely tropical storms are almost unheard of in the South Atlantic. The reasons for this is the environment that inhibits tropical development. Upper-level winds in the South Atlantic are typically strong during the summer months, which stops thunderstorms front clustering together around low pressure. In addition, sea surface temperatures in the South Atlantic tend to run cool. Well, cooler than the temperatures around the tropics, which also keeps storms from growing. Finally, the lack of tropical waves from the Northwest African Continent can be attributed to the lack of tropical development. No waves are generated off of the African coastline south of the Equator. 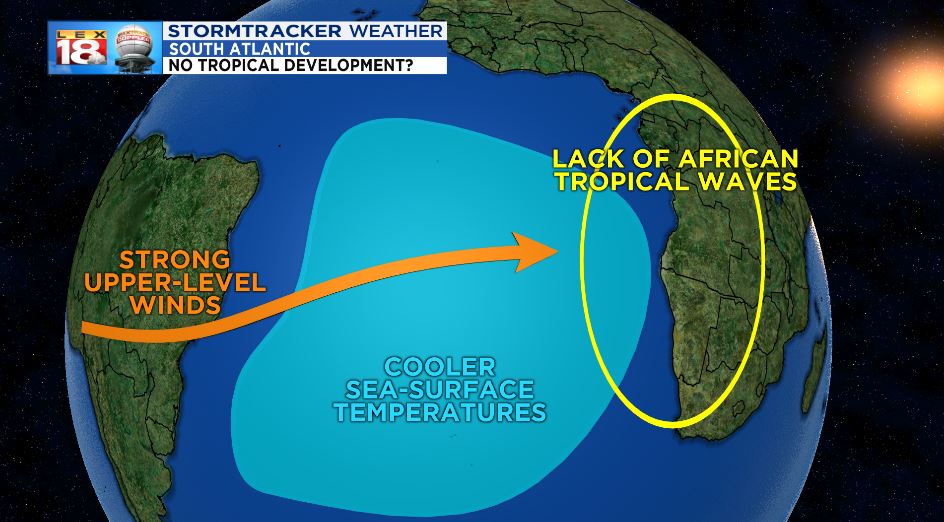 The reason some storm are able to form in this less than stellar environment is the topography and ocean currents of Eastern South America. Airflow down the Andes and Brazilian Highlands warms as it moves out into the Atlantic. As it does, it interacts with the Brazilian current which sends warmer ocean waters southwest along the coastline. When the two connect, storms can form from the rising air. However, due to the reasons mention above, rarely do these thunderstorms cluster around a center of low pressure. In Iba’s case, the right conditions were possible for tropical development. 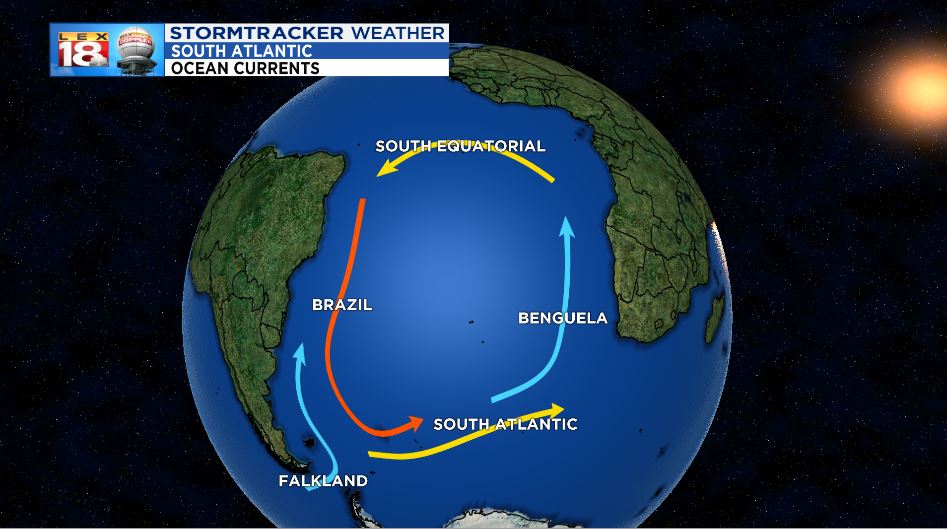 Iba was named by the Brazilian Navy Hydrgraphic Center, which assigns names to any tropical storms that form in the South Atlantic. The storm is not expected to have any direct impact to land, and is not expected to become a hurricane or a storm of the same intensity.