Who Turned the Spigot Off?

Seems like it’s been drier lately, hasn’t it? Not that we’re complaining…but it has. We started 2019 after making it through the wettest year on record. Even the beginning of this year started with more precipitation than we normally receive.

However, it seems as if March has been quiet. That’s a good thing, especially when talking about how water-logged our soil has been. It seems as if a balance has been occurring.

So far, March has produced 2.06” of rainfall which is about 2.01” below average. Sure there’s still five days left in the month to tally up rainfall, but only three of those 5 are expected to have showers. Projections for the weekend rain look to be between a half in and an inch of rainfall. Therefore, March will be the first month to come in below average since July of last year! 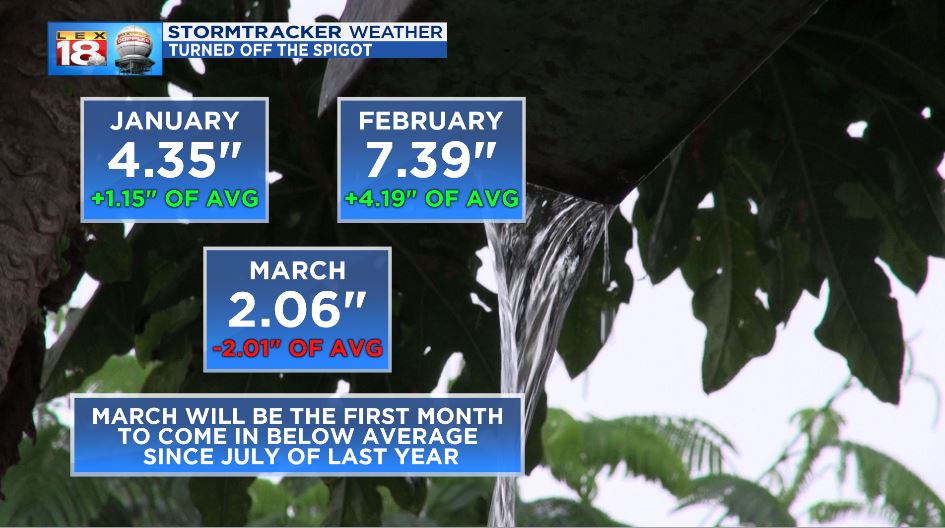