A Tale of Two Different Days

March won’t exit quietly. The weekend will be a tale of two different days – Saturday will be warm and wet; Sunday colder and dry. The one constant – it will be windy both days. 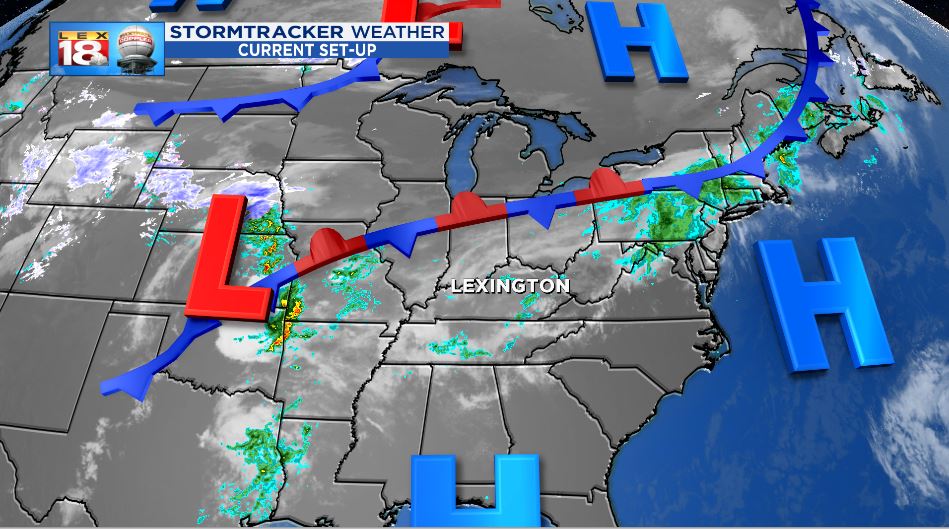 Today was a preview of what’s to come. A stalled boundary remains draped to our north. The wave of low pressure will be on the move along that front Saturday. As the low draws closer to the Bluegrass the coverage of rain will pick up.

The other players this weekend are a “warm” high to our south, which will keep us warm Saturday. There’s an Arctic front across the Upper Midwest. The Arctic front will merger with rain-making front. A “cold” high will bring modified Arctic air to the Ohio Valley into early next week. 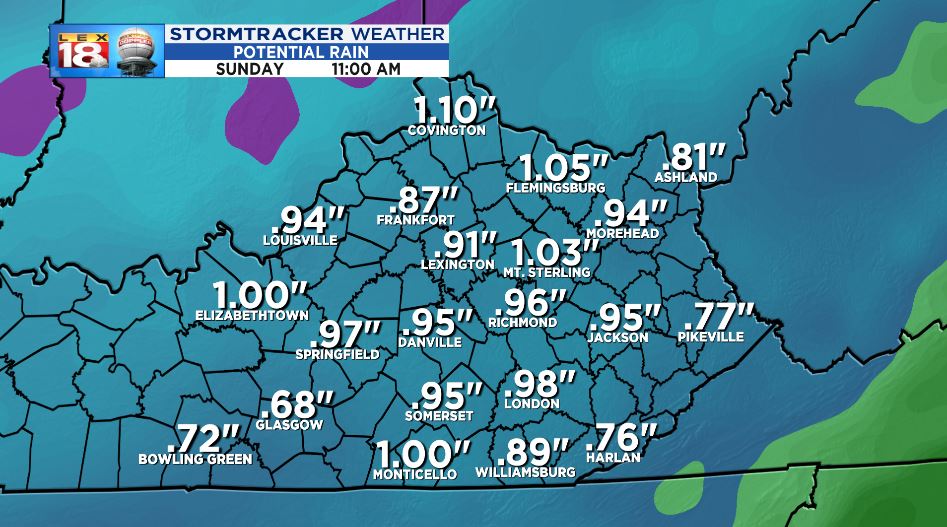 Let’s first talk about Saturday’s rain. Occasional showers will be around through the early afternoon. We will see a real uptick into the evening hours. Widespread rain, some heavy at times, and some gusty thunderstorms will be possible as the cold front rumbles through the Bluegrass. Around an inch of rain will be possible through Sunday morning. That’s more rain than we have seen in the past three weeks combined. 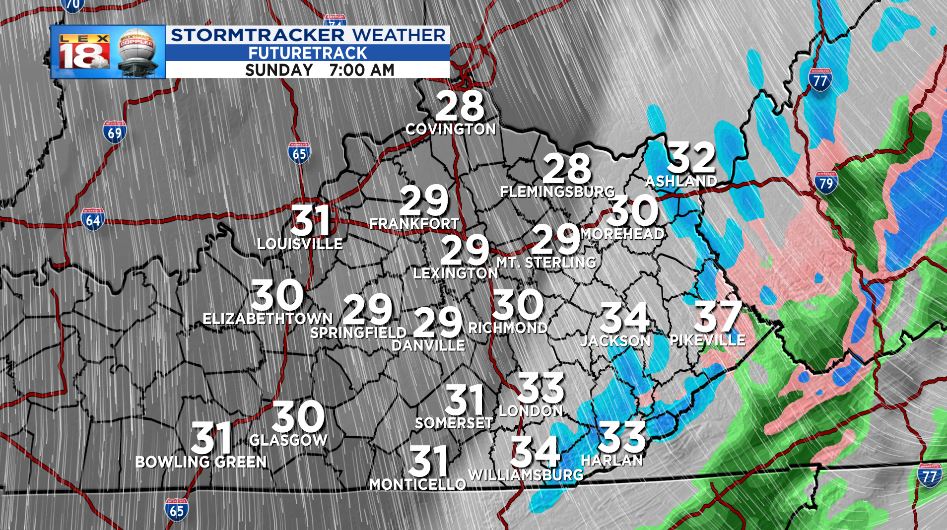 The precipitation will end Sunday morning. At the same time temperatures will crash. By the time it gets cold enough there may be just enough moisture hanging around that some folks across eastern Kentucky could see a few flakes. No accumulation is expected. The ground is too warm.

Clouds will melt away into Sunday afternoon. But it’s going to be MUCH COLDER. 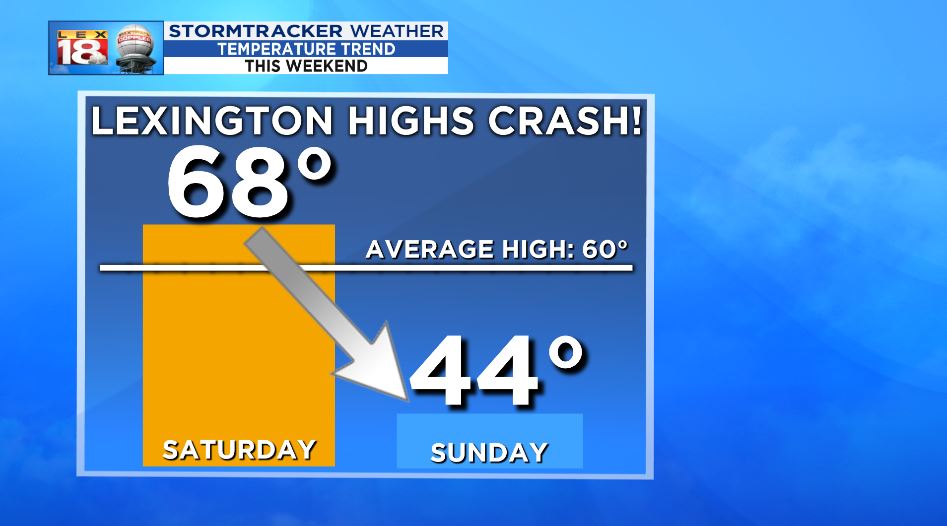 The warm part of the weekend will feature highs in the near 70°. Even in the sun, highs will only reach the mid 40s Sunday. That’s 15 degrees below normal! 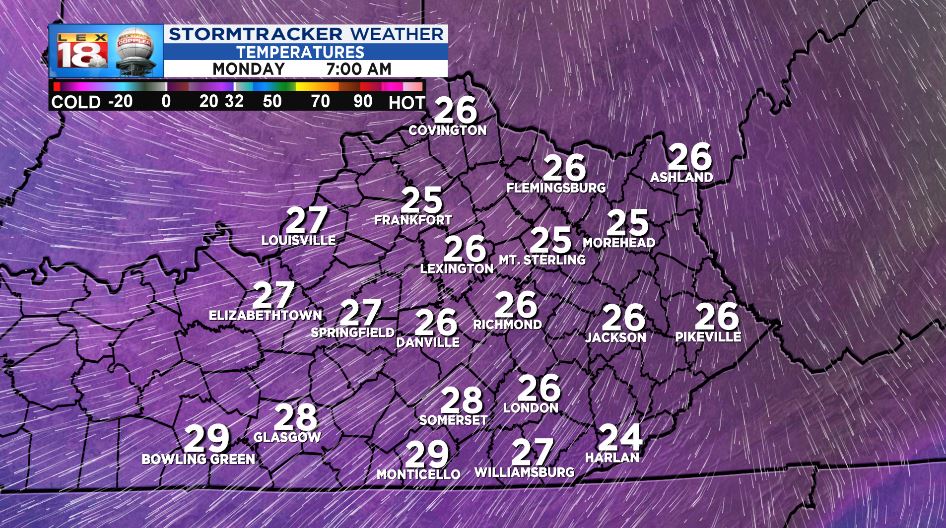 High pressure will keep the colder air tacked down into the start of the work week. There is a concern for a frost or hard freeze as temperatures dip into the 20s. The growing season has begun already in southern Kentucky. The cold air could cause damage to growing plants. Stay tuned for any freeze/frost headlines later this weekend.