Today will feel good, but not look good. Most of the day we’ll be dealing with cloud coverage and a few scattered rain showers. However, this evening brings a round of strong storms that could cause a few problems.

First, lets talk timing. Once again, most of the day will be free of the rain. That being said, don’t be surprised if a rogue shower passes overhead. Otherwise, the morning through mid-afternoon will be just a lot of cloud coverage and wind. 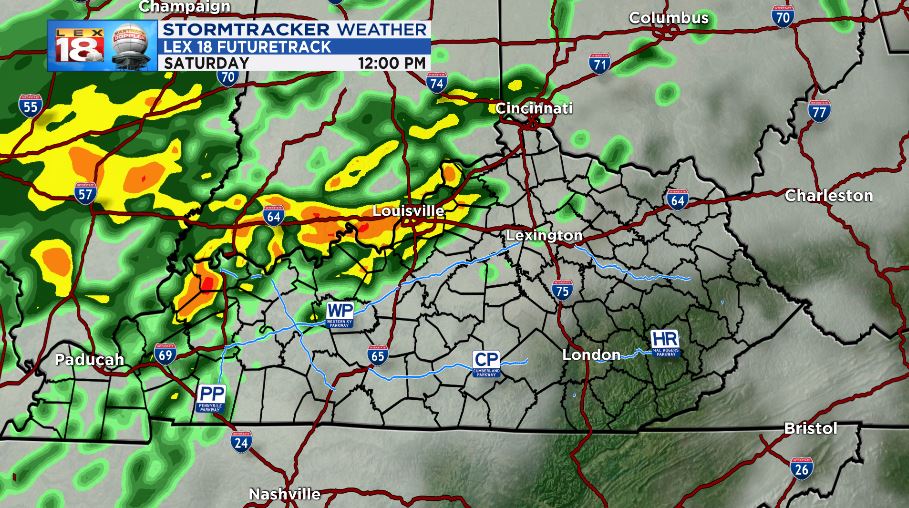 The mid to late afternoon and evening will bring in a better chance for rain showers and then the squall line of thunderstorms. 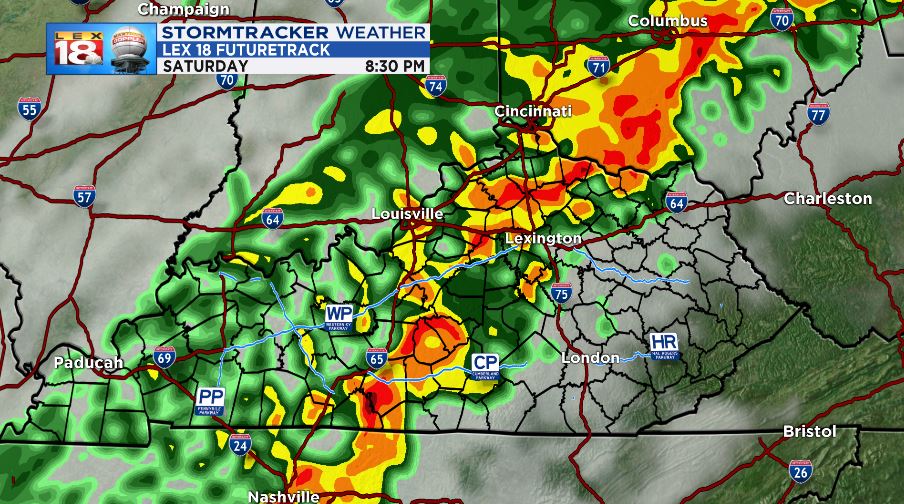 On the back end of the line of showers, cold air will be pouring in with a stout northerly wind. Expect temperatures to drop rapidly down to freezing early tomorrow morning. This will be enough to allow some snow to mix in to departing rain showers for the eastern counties. Only minor accumulation is expected and could total less than a quarter of an inch. It will not last long on the ground, but could make things slippery, especially in the high elevations of the Cumberland Plateau. 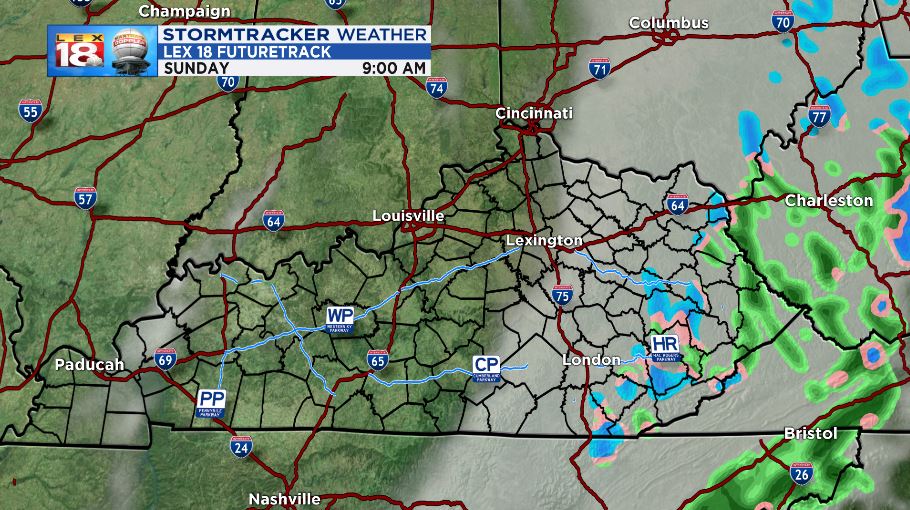 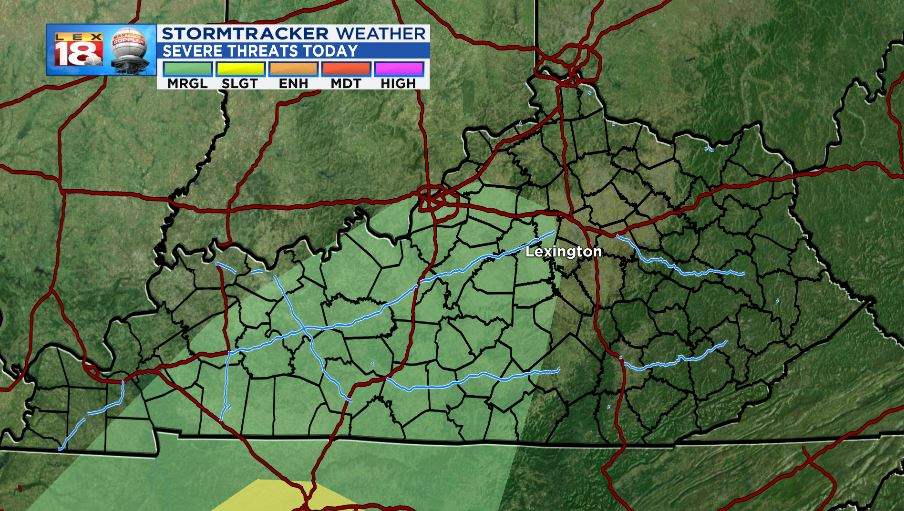 As the line passes, there will be a small risk for severe storms. The primary threat is damaging wind gusts but small to moderate hail is also possible. Torrential rainfall and lightning will also be present, especially with the line of storms. 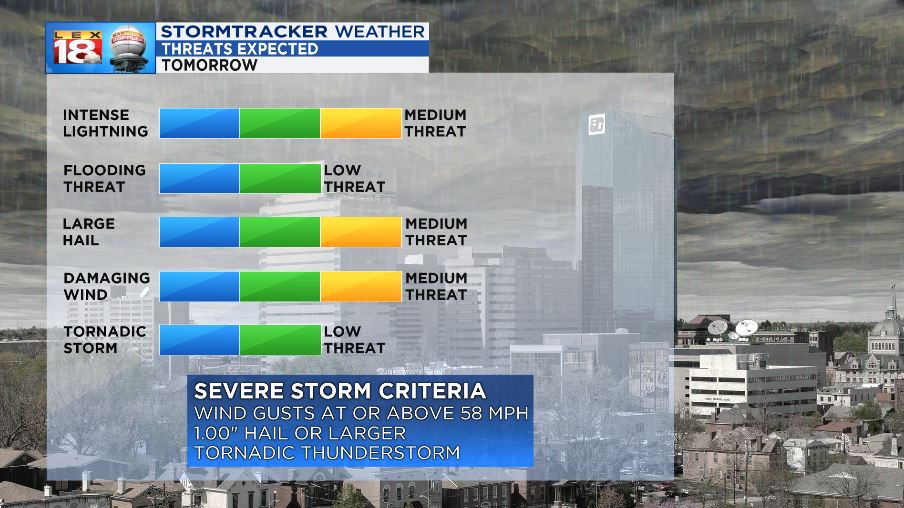 Wind outside of the thunderstorms will be a little sketchy as well. Strong southwesterly winds will reach 10-25 mph sustained with gusts as high as 45 possible. High profile vehicles should exercise caution as crosswinds will make driving difficult, especially along west-east highways. 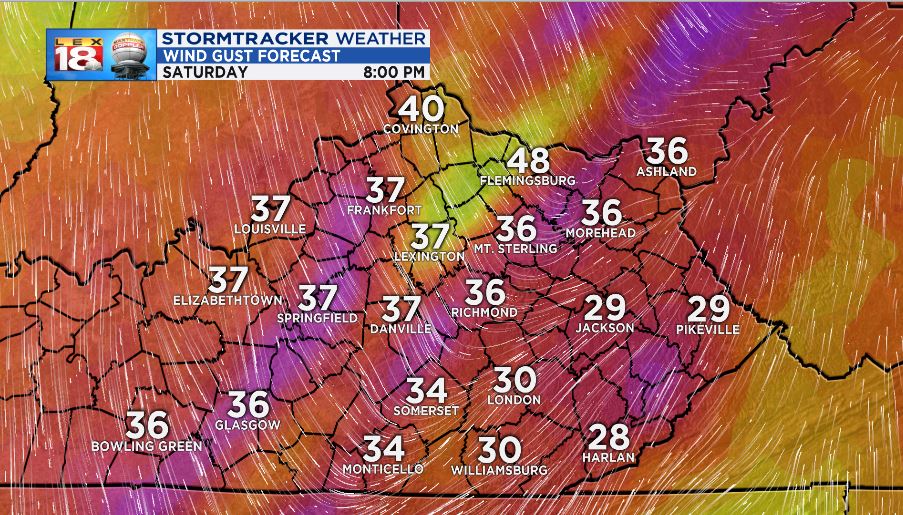 Amounts on rain will be minor. You can expect anywhere between a half in and an inch collectively. Stronger storms may put down more rainfall that could total more than an inch. 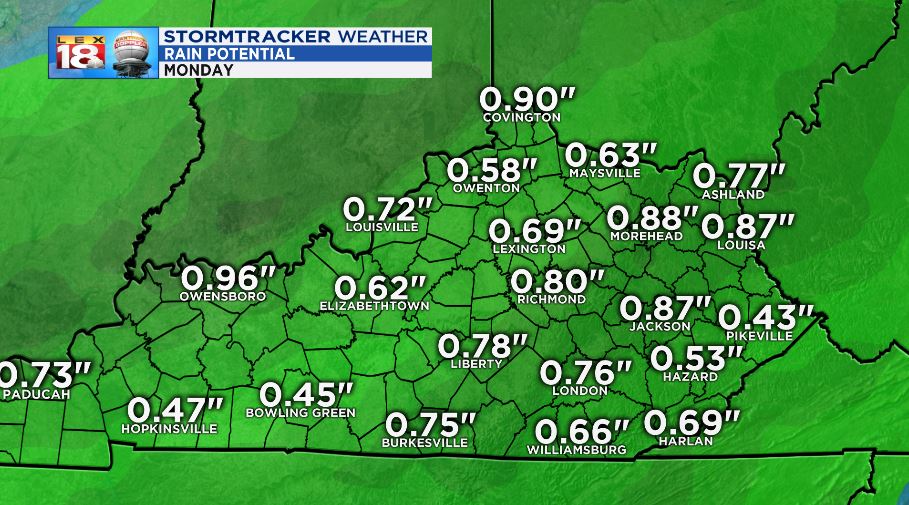 After it’s all sad and done, we will cool rapidly and quite a bit. Temperatures will drop from near 70 today, down to the mid 40s for afternoon highs tomorrow. Overnight lows will not only dip to freezing, but will go even further into the mid-20s for morning lows. Temperatures rebound through the middle of next week. 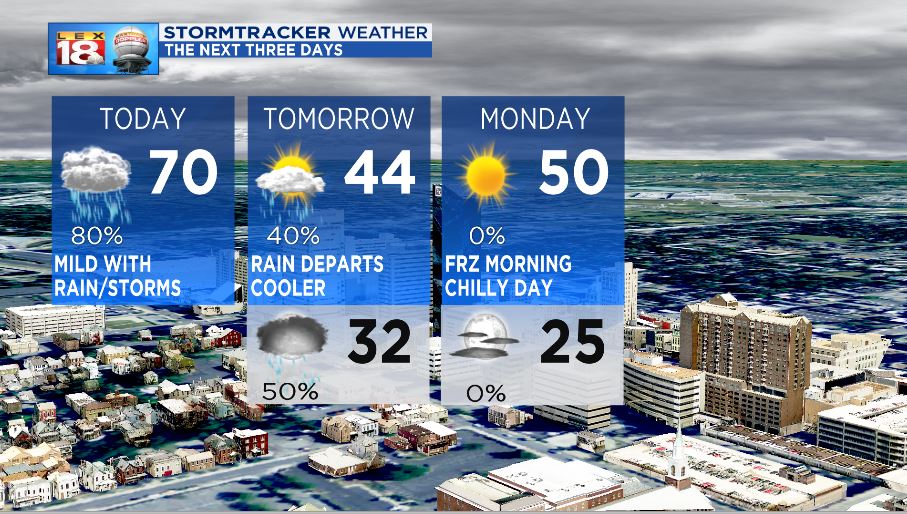